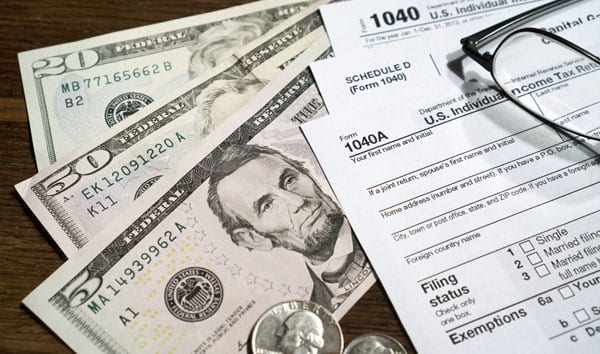 America has an inequality problem, but not the one many people think.

Every few years, statisticians armed with the latest income data from the U.S. Census Bureau claim to find ever-increasing evidence of a widening gap between the have and have-nots. Economists on the right side of the political aisle (and affiliated think tanks) quibble with the methodology used by these researchers, but the overall evidence seems to point to a large gap of some sort. Debating exactly how large this gap is, though, is not nearly as important as trying to make sense of it.

To the ever-growing chorus of the populist left, this disparity is the product of Walmart and similar mega-corporations. The intuitive story focuses on the gargantuan pay differential between a cashier earning minimum wage and a senior executive raking in untold millions.

This disparity, coupled with the increasing share of total business profits held by the largest corporations, creates an easily digestible theory of “two Americas.” But even after accounting for geographic region and industry, pay differences within firms have remained virtually unchanged over the past few decades. It’s the wage difference between firms that account for the lion’s share of the inequality.

While part of this trend is due to the wide productivity differences between the information sector and, well, every other sector, the analysis can’t stop there. Large incumbent companies get a number of large political benefits that smaller businesses just can’t receive.

The most widely-publicized examples, like too-big-to-fail banks enjoying lower borrowing costs due to implicit federal guarantees of bailouts are familiar. But that’s just the tip of the iceberg. Small businesses face a variety of issues in procuring federal contracts.

The practice of scouring federal websites for potential proposals, coupled with the lengthy approval process, makes federal business a remote prospect for businesses with low headcounts. These advantages are especially important during a recession or in depressed areas, when the role of the federal government as an opportunity provider is magnified.

The government watchdog group, Good Jobs First, analyzed 4,200 government contracts doled out from 2007 to 2014, and found that around 90 percent of monetary value accrued to large corporations (>100 employees). As anyone following the Taxpayer Protection Alliance’s (TPA)work on nuclear bailouts, subsidies to mega corporations continues unchecked in states like New York, Illinois, and Ohio.

These artificial benefits bestowed on behemoths are made worse by barriers to entry heaped on the little guy. As small businesses increase their headcounts, onerous regulatory requirements begin to phase in. This red tape takes on many forms, ranging from detailed salary requirements to health insurance mandates to toilet construction to Americans with Disabilities Act (ADA) requirements.

While no one regulatory provision may be enough to halt business expansion, death comes through one thousand cuts. In contrast to smaller operations, large businesses with a treasure chest of resources has an earlier time complying with this plethora of rules.

If lawmakers are serious about ending a “two track economy” that punishes small competitors, they need to start at combatting this unprecedented regulatory accumulation.

The president and Congress also targeted expensive, poorly designed rules such as the Bureau of Land Management’s BLM methane rule. In addition to imposing large costs on small producers, the continued existence of the regulation would’ve meant more carbon-intensive methods of electricity production. Despite these encouraging steps, far more deregulation is needed to restore prosperity. The government currently relies on the Congressional Review Act to quickly curtail regulations created during President Obama’s last few months, but the “review period” is quickly coming to an end.

But nixing poorly thought-out regulations is only part of the equation. Providing dollar caps on government contracts can ensure that juicy rewards don’t flow to companies with large balance sheets. And, of course, reducing the government’s overall role as economic arbiter should cut into the artificial privilege granted to the very largest of corporations.

Finally, reintroducing simplicity into the tax code would be a boon to small businesses, which have been disproportionately punished by exorbitant preparation costs. Fixing inequality created by government-granted privileges will make for a more dynamic economy, and unshackle taxpayers and consumers from a failed system.