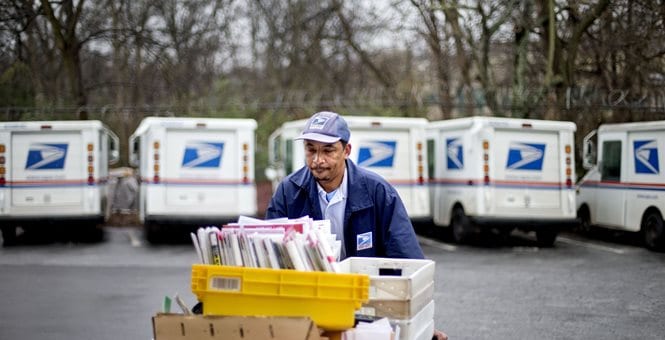 This article originally appeared in the Washington Examiner on July 26, 2019.

Like most Americans, actor Danny Glover has a warm place in his heart for the United States Postal Service. Writing in USA Today on July 11, Glover waxes nostalgic about how the USPS (then the Post Office) helped his father James get a leg-up in the workforce (in the 1950s and 1960s) and strengthened his community on the whole. Unfortunately, he uses this idyllic image as a springboard to rail against USPS reform attempts, excusing the role of Postal leadership in allowing roughly $70 billion in losses since 2007.

Restoring the greatness of the USPS means finally holding management accountable, instead of suggesting that any reform proposal is just code for “privatization.”

For Glover, the largest problem with the USPS isn’t the agency’s tens of billions of dollars in net losses, nor the impending threat of insolvency, nor its unpaid loans to the Treasury. No, the realproblem is “the Trump administration’s proposals to sell off the Postal Service to for-profit corporations,” even though the president’s USPS task force has called for nothing of the sort. According to this narrative, there’s nothing structurally wrong with the USPS itself — it’s only losing money on paper because Congress has required, since 2006, that it aggressively pre-fund employees’ retirement health benefits … before they retire.

Who knew that planning ahead could be such a drag? Glover, among others, claims that “No other federal agency or private corporation faces this burden,” even though millions of companies pre-fund their retirement benefits. Companies are free not to do this, but fears that a corporation will fall short on its obligations tend to kill investor confidence and share prices. The best Congress could do is mandate that employees such as Glover’s father have their benefits safeguarded in advance.

Sure, setting aside retirement money in advance is difficult for any company, but it’s not the reason why the USPS is hemorrhaging cash. The agency reported that, in 2018, “controllable losses” (i.e. losses within management’s control and not dictated by Congress) were an astounding $2 billion, more than half of the USPS’s total 2018 shortfall of $3.9 billion. Financial losses within the agency’s control are not only large, but quickly increasing. From 2017 to 2018, this “controllable” red ink more than doubled, and losses will continue to mount absent significant reform.

The USPS is on the cusp of deciding who will rebuild the agency’s burning fleet of mail trucks, estimating that they will spend $6 billion over the next decade. The process will almost certainly cost more than necessary, due to the agency’s (voluntary) insistence on “made in America” trucks and “green” vehicles. A January report by the Taxpayers Protection Alliance found that these self-imposed strictures could increase fleet procurement spending by more than $2 billion through 2030.

The report recommended nixing these “requirements,” along with other changes that would reduce waste across the agency and allow prices to cover shipping costs. If USPS held its contractors accountable for overbilling and missed deadlines, for instance, the agency could save more than $1 billion per year. In addition, the agency could save nearly half a billion dollars per year if they consistently used their own scheduling tools to determine proper assignments and workloads for their 500,000 strong workforce. In all, USPS can save more than $3 billion per year if these reforms are implemented, without involving Congress, resorting to mass layoffs, or tinkering with retirement funding.

The gross fiscal mismanagement that has gripped the USPS for decades is no creation of Congress, though they certainly haven’t helped by keeping unnecessary post offices open and ignoring other, more promising reform ideas. Congress can certainly play its part in USPS reform by ending this sort of political posturing, but USPS has it within its power to get back into the black. Millions of postal carriers, and the consumers they continue to serve on a daily basis, depend on a functioning agency with proactive leadership and a responsible budget. Danny Glover’s shining Post Office needn’t be a relic of the past, but it’ll take some tough love to make the USPS functional again.