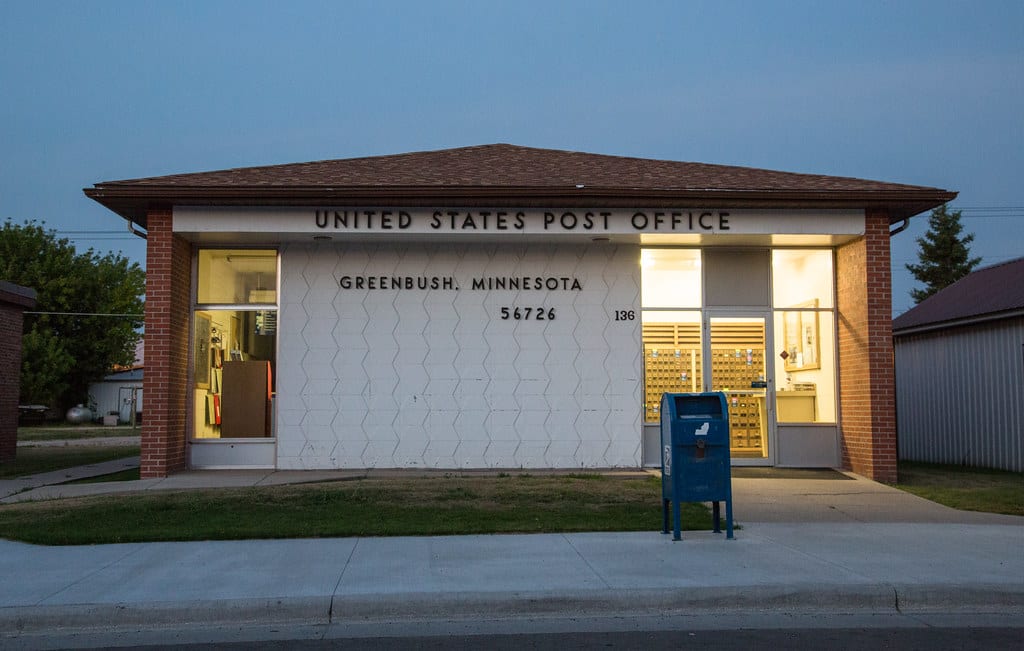 Top Twelve Things You Should Know About the USPS

Across the federal government, dysfunctional agencies are a dime-a-dozen. Yet few agencies are as braggadocios or thin-skinned as the United States Postal Service (USPS). In a January 7 tweet, the USPS asked its followers “How well do you know our organization? Here are the top 12 things you should know about the U.S. Postal Service!” The accompanying article (which may be trying to imitate a BuzzFeed list) waxes on platitudes such as “social responsibility,” “all hearts,” “heroes,” and “zero tax dollars used,” despite the agency’s sorry state of affairs and, yes, reliance on taxpayer dollars. To make sure that mail consumers actually get to know their friendly neighborhood Postal Service, here’s a rebuttal and further explanation for each item on USPS’s list:

Reality: Social irresponsibility.The USPS horrendously mismanages mail delivery – with little to no risk of legal sanction. Take, for instance, the volunteer Buck Creek Fire Department, which depended on the agency to deliver fliers for their annual fundraiser. The service failed to mail all of the fliers for the event, despite the fire department spending nearly $4,000 in printing and postage costs. Yet this breach of contract can’t be litigated, because the USPS enjoys sovereign immunity.

Reality: Fewer Veterans.While the USPS has historically been a large hirer of United States Armed forces veterans, that trend has unfortunately taken a turn for the worst. In 1999, nearly a third of all Postal (31.6 percent) were veterans. Today, that figure has dropped to 18 percent, far below the federal government-wide figure of 31.1 percent. As the American Postal Workers Union Executive Vice President Cliff Guffey explains, this is largely due to the contracting out of “restricted” job positions. But as TPA has documented, contractors are just as likely to increase costs as traditional workers.

Reality: Unrealistic Promises. Due to a perfect storm of Congressional mandates and inept management, it is basically impossible for USPS workers to get fired and benefits to be curtailed. The large, guaranteed defined benefit pensions are better than what most private employees can expect, which is strange since the Postal Service is supposed to operate like and present itself like a private business. This is why, for instance, USPS workers are exempt from federal government-wide civilian pay freezes.

Reality: Empowering Drug-Dealing Villains. The USPS has long struggled to screen packages for contraband material, such as drugs and weapons. The IG reports that, “a cocaine trafficker claimed to have used the Postal Service to successfully distribute nearly 4,000 shipments, stating that they had a 100 percent delivery success rate.” It doesn’t help that the Postal Service is exempt from the strict security requirements that private shippers such as UPS and FedEx face.

Reality: Burgeoning Debt. Over the past decade, the USPS has seen mounting losses due to unfavorable trends and rampant financial mismanagement. In the latest fiscal year (2018), the USPS reported an astounding $3.9 billion in net losses, up from $2.7 billion in 2017. While the agency blames the required prefunding of retirement benefits for this red ink, “controllable losses” (expenses that can be controlled by management) amounted to $2 billion, more than double that of the previous year and every year taxpayers have to pick up the bill.

Reality: Global Failures. The USPS has been negotiating with China Post since 2010, when they offered their counterpart end-to-end tracking (known as “ePacket”) in exchange for slightly higher prices. But was the ePacket agreement with China Post a good deal? There is no idea because, as the IG noted back in 2015, “The Postal Service does not isolate the cost of ePackets, which limits its ability to establish effective pricing strategies.” Hopefully, American withdrawal from the Universal Postal Union will bring about fairer international postage and better negotiating power for the USPS.

Reality:  Vehicle Fires and expensive procurement. An uptick in fires has compromised the operation of USPS trucks across the country. Nearly 100 truck fires in fiscal year 2017 alone have underscored the need to replace the aging fleet, as the USPS deliberates on the best truck vendor for the job. Unfortunately, the agency is voluntarily opting to favor more expensive and less efficient truck bids with alternative fuel capabilities. Large, electric vehicles procured by the public sector typically cost around 20 percent more than conventional counterparts.

Reality: Flawed, Secretive Deals. The USPS has dozens of agreements with private companies, supposedly offering discounted postage for bulk buyers. But due to a lack of oversight and an outdated cost methodology, prices are often far lower than they should be. Estimates suggest that large e-commerce companies such as Amazon net a nearly $1.50 per package subsidy from USPS skewed cost calculations. Additionally, a 2017 investigation by Capitol Forum revealed that non-public deals with private players such as Stamp.com allow small companies to get postage rates reserved for bulk buyers.

Reality: Increasing Rates. Instead of identifying mismanagement as a source of their financial woes, Postal leadership has chosen to focus on postage prices paid by US Consumers. On January 27, the USPS is slated to raise the price of its “Forever” stamps from 50 to 55 cents, the largest percentage increase in stamp prices since 1863. The new published prices show that the USPS is bent on targeting price hikes on monopoly products, which consumers can’t escape from. While Priority Mail Retail Flat Rates are increasing as well, the percentage increases are lower than that of ordinary postage.

Reality: Declining Satisfaction. Most citizens have a positive view of the Postal Service, but the agency’s image has been declining year-over-year. According to the IG, public perceptions of delivery accuracy, overall delivery performance, and carrier courtesy have all declined over the FY 2015-2017 period. Packages and three-to-five-day first-class mail are on time less than 90 percent of the time (as of fiscal year 2017).  And, after an inspector general report in 2017 finding that the Postal Service understated delayed mail by 2 billion pieces, even these figures are hard to trust.

Reality: Poor Cybersecurity. Millions of USPS consumers place their trust in the agency to safeguard their private information, but unfortunately, the agency has proven not up to the task. In November 2018, KrebsOnSecurity reported that broken code in a USPS mail tracker called “Informed Delivery” allowed users to see any other user’s details — exposing the records of roughly 60 million individuals. Due to a lack of multiple access points, malicious individuals were able to gain and change personal user information through merely logging onto the victim’s online portal.

Reality: Reliance on Tax Dollars. Strangely, USPS insists that they are self-reliant and receive no funding from the federal government. That cannot be further from the truth. Despite fancying itself a private business, the agency is the beneficiary of many tax expenditures that its private competitors simply don’t have access to. The USPS, for instance, pays its corporate taxes, only to have those revenues be funneled into a fund that…goes back to the agency. The USPS also gets low-interest loans from the Treasury, and remains more than $13 billion in debt to the federal government. And when the agency has missed payments over the years, taxpayers have to make up the difference.

We agree that there are (at least) 12 things to know about the USPS.  But, reality is much different than what USPS says it is.