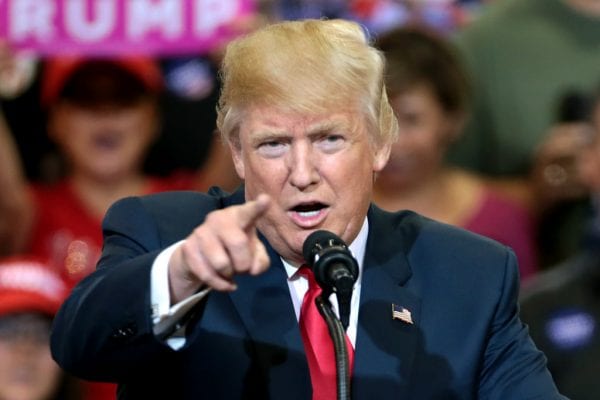 The President Delivers the Truth About the Post Office

This article was originally posted on Inside Sources on April 16, 2020.

The U.S. Postal Service (USPS) was in financial shambles before the pandemic and the coronavirus certainly hasn’t helped.

Now, agency leadership wants an astounding $75 billion from taxpayers to keep the USPS afloat despite a sorry track-record of reckless spending and pricing policies. The agency needs to get a grip on its failing policies, instead of doubling down on debt and deflection.

At an April 7 news conference, President Trump highlighted these problems and dismissed allegations by Rep. Gerry Connolly (D-Va.) that Trump has kneecapped the USPS by refusing to support increased agency funding.

While skewed, below-cost deals with companies such as Amazon are nothing new, it’s more important than ever for the USPS to kibosh its opaque pricing policies.

The past decade has been a disappointing one for the USPS with leadership being forced to come to grips with the declining popularity of traditional letter services.

Agency leadership will tout package deliveries as the wave of the future, but package revenues aren’t coming close to making up for the historic decline in total letter revenues.

“Competitive products” from Amazon and Walmart are contributing on average $15 billion per year more in revenue to the USPS than they did a decade ago. This is a far cry from the $19 billion decline in annual revenue from “market dominant products” (i.e. birthday cards).

While it’s hard to say for sure exactly how much Amazon is paying USPS to ship its packages to consumers’ doorsteps, educated guesses suggest that the e-commerce giant receives approximately a 60 percent discount off normal postage prices.

The USPS offering discounts for buying postage in bulk isn’t necessarily a bad thing as long as prices cover delivery costs. But the agency has a track-record in systematically underestimating its package delivery costs.

This is, of course, ridiculous. Major new USPS investments such as roomy delivery trucks and package-centric scanners are specifically geared toward the agency’s “competitive products” line rather than traditional mail delivery.

The USPS is significantly understating its package delivery costs and making it seem on paper that its steeply discounted Amazon prices are making money for the agency. Meanwhile, USPS calculations suggest that the agency is still making money on traditional mail delivery despite probably over-attributing costs to letter mail.

Estimates suggest that letter revenues are outpacing costs by more than $12 billion per year. But the money made on letter deliveries just won’t be enough if the USPS maintains its low prices on package deliveries.

And low prices are just one part of the agency’s dysfunctional relationship with certain “internet companies.” Amazon’s infamous 2013 deal with the USPS allowed the e-commerce giant to make deliveries on Sundays (year-round) on the taxpayers’ dime, a privilege not extended to, well, anybody else.

The USPS inspector general has certainly taken notice, raising concerns about the inflated overtime pay rates required to maintain such an arrangement. Despite the USPS’ monumental fiscal challenges posed by the pandemic, it appears to be business as usual with sweetheart deals and opaque pricing policies.

Before the onslaught of the pandemic, the USPS was slated to run out of cash by 2024. Now the day of reckoning has been moved up to June barring a speedy end to the Coronavirus.

Rep. Connolly and Committee on Oversight and Reform Chairwoman Carolyn B. Maloney (D-N.Y.) warned that the USPS is in need of urgent help due to a “critical fall-off in mail across the country,” leading to lawmakers granting the USPS $10 billion in extended borrowing authority in the CARES Act.

But, as the President implied, this money will quickly run out unless the agency gets its act together and ditches artificially low postage rates.

Amazon recently decided to halt its direct shipping war with UPS and FedEx, giving USPS increased leverage and a rare opportunity to bring the “internet company” to the table.

Without fairer, more sustainable postal prices, even $75 billion in taxpayer dollars will not save the agency.