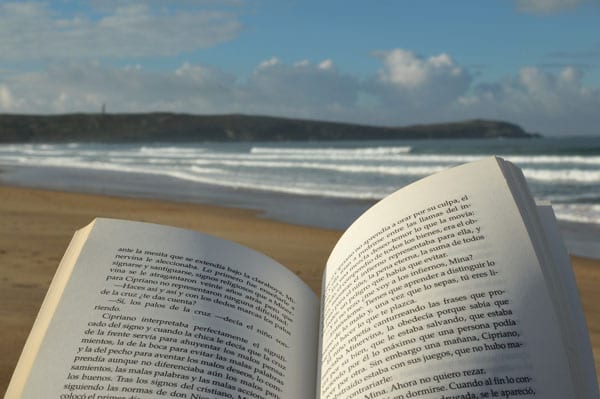 For this week’s Summer Reading, the Taxpayers Protection Alliance (TPA) is going to assign a subject near and dear to the organization for years: United States Postal Service (USPS) reform. Many lawmakers have sounded off this issue without first doing their homework. For years, bills have been introduced premised on the idea that the “prefunding mandate” (enacted by Congress in 2006) is the primary reason for the USPS being in the red. But the funding of future retirement benefits is a reasonable safeguard against future financial uncertainties, one that is reflected in valuations of many businesses.  From good old-fashioned mismanagement to corporate welfare and questionable vehicles purchases, the USPS is a mess.

TPA has repeatedly pointed out that fiscal mismanagement is in large part to blame for the USPS’s $15 billion debt and $120 billion in unfunded liabilities. In June, TPA wrote that:

“Examples of mismanagement, both at a national and local level, are far-flung. The Postal Service is supposed to use a modeling tool to dole out job assignments based on mail processing volume, but regular deviations result in increased overtime and lower employee productivity. The IG estimates that a more thorough use of its own modeling tools would save the Postal Service $420 million in labor costs alone…

Too often contractors fail to satisfactorily perform a service requested by the Postal Service due to avoidable mistakes on the part of the contractor. These “chargeable irregularities” should result in the Postal Service getting refunds from contractors. But, due to the lack of necessary paperwork and complete reviews, the Postal Service misplaces tens of millions of dollars nationwide to lost contracts. For the Chicago Network Distribution Center alone, the Postal Service’s IG estimates that $7 million is at risk for a mere 11 contracts renewed during the 2016 and 2017 fiscal years.”

These inefficiencies cause the USPS to hemorrhage money. But the problem extends deeper than loose screws and loose accounting. The USPS suffers from a fundamentally flawed business model, relying on the promise of package delivery to make up for a large decline first-class mail volume. E-commerce giants such as Amazon enjoy a large parcel subsidy, equivalent to nearly $1.50 per package, on every delivery shipped thanks to an outdated price formula employed by the USPS. Greenhaven Associates president Josh Sandhulte highlighted this issue last year in the Wall Street Journal:

“In 2007 the Postal Service and its regulator determined that, at a minimum, 5.5% of the agency’s fixed costs must be allocated to packages and similar products. A decade later, around 25% of its revenue comes from packages, but their share of fixed costs has not kept pace. First-class mail effectively subsidizes the national network, and the packages get a free ride. An April analysis from Citigroup estimates that if costs were fairly allocated, on average parcels would cost $1.46 more to deliver. It is as if every Amazon box comes with a dollar or two stapled to the packing slip—a gift card from Uncle Sam.”

While USPS has long used this hidden subsidy to make their overall delivery and revenue figures look more appealing, the truth is slowly coming to the surface. The infrastructural costs that package delivery demands are large and growing, placing additional pressures on the USPS to cut costs elsewhere. In their reporting of financial results from the second quarter of 2018, USPS stated:

“The controllable loss for the quarter was $656 million, compared to controllable income of $12 million for the same quarter last year. This change to controllable loss was driven by a $236 million increase in the controllable portion of the normal cost of retiree health benefits due to changes in actuarial assumptions and a $364 million increase in compensation expenses due to additional hours incurred to support the labor-intensive package business as well as contractual wage adjustments. Additionally, transportation expense grew by $155 million due to highway contract rate inflation as well as higher fuel costs.”

The Office of the Inspector General (IG) pointed out in May that, as a result of USPS’s special 2013 agreement with Amazon to deliver packages on Sunday, personnel and infrastructural costs were far higher than they needed to be. According to the IG report:

“Sunday operations were not always efficient in the San Francisco District because of the increased use of higher cost full-time city carriers and scheduling uncertainty. When regular full-time employees are scheduled to work on a non-scheduled day, such as Sunday, they are guaranteed 8 hours of pay at the overtime (OT) rate of one and a half times the hourly rate. They are also paid the penalty overtime (POT) rate of two times the hourly rate for any time worked over 8 hours. The San Francisco District incurred additional operating costs on Sundays by using regular full-time city carriers at higher wage rates, resulting in $2.1 million in additional operational costs from quarter (Q)2, FY 2016 through Q1, FY 2018.”

These financial strains will only get worse, as the USPS readies to ramp up capital spending to accommodate new truck purchases beginning in FY 2019. USPS expects to spend roughly $6 billion in replacing much of its current fleet, and is currently testing prototypes to assess which supplier offers the best deal. But as TPA explains, USPS preferences and stipulations will likely keep the agency from making a cost-effective choice:

“The USPS is considering two foreign-origin bids (from Indian and Turkish manufacturers), but will likely be steered toward domestic bids due to the sway of “Buy America” provisions. While the USPS isn’t subject to the Buy American Act, it does have an acquisition provision for considering domestic suppliers first. Therefore, the USPS may pay an unnecessarily-high price for its fleet over the next decade. Additional considerations may further inflate the price of vehicle operation, paving the way for additional taxpayer subsidies to the beleaguered organization.

The USPS has stated that it prioritizes prototypes with “hybrid and new technologies, including alternative fuel capabilities.” With few exceptions, hybrids are more expensive than their conventional counterparts even taking into account the better fuel mileage.”

In staring down one of the greatest acquisition challenges in its history, the USPS would be wise to do their homework and choose a reliable prototype at an affordable cost. But lawmakers also need to do their homework in soberly assessing the challenges faced by the USPS. Until Congress demands an end to fiscal mismanagement, inefficiencies and missed opportunities will continue to pile up.