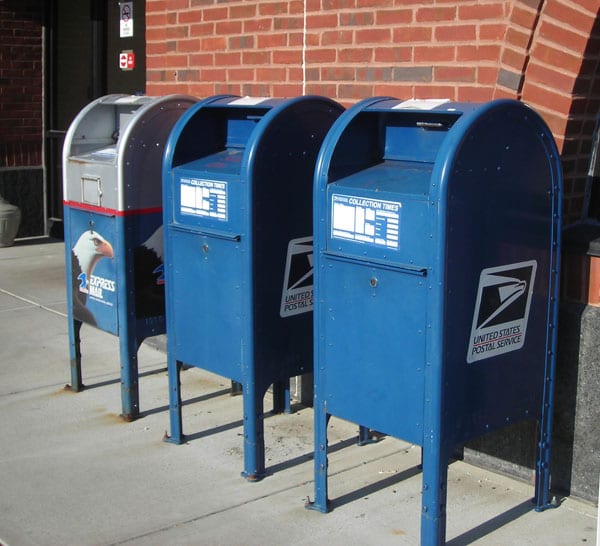 This article originally appeared in Economics21 on June 17, 2018.

The United States Postal Office (USPS), an independent agency of the federal government, likes to present itself as a business. The Postal Service also wants to dabble in other businesses such as grocery delivery and banking.  It claims to “put information and technology at the center of its business strategies,” while receiving zero taxpayer dollars for operating expenses.

This illusion, though, is easily shattered on all fronts with just a small peek at agency data. As the inspector general (IG) has repeatedly documented, the Postal Service routinely fails to perform basic bureaucratic functions, to the detriment of hundreds of millions of customers. And, since taxpayers do in fact foot the bill for Postal Service expenses, Congress should conduct more oversight over the ailing agency.

Congress has allowed the Postal Service a reprieve for billions of dollars worth of corporate taxes, and permits the agency to take advantage of sweetheart loan deals. Tying access to finance to, say, more consistent use of labor modeling and performance evaluation tools could go a long way toward improving postal performance.

In assessing agency conduct and performance, few reports are as comprehensive as the IG’s Semiannual Report to Congress. In the Spring 2018 analysis, acting IG Tammy Whitcomb offered a disappointing take on Postal Service management, efficiency, and performance. According to the IG, big picture consumer survey results are certainly not encouraging, with three-year declines in “recent USPS delivery performance,” delivery accuracy,” “tracking information accuracy,” and “carrier friendliness and courtesy.”

Examples of mismanagement, both at a national and local level, are far-flung. The Postal Service is supposed to use a modeling tool to dole out job assignments based on mail processing volume, but regular deviations result in increased overtime and lower employee productivity. The IG estimates that a more thorough use of its own modeling tools would save the Postal Service $420 million in labor costs alone.

But assigning employees requires a thorough, well-documented hiring process in the first place. On this basic function, the Postal Service again comes up short. In the IG’s analysis of non-career employee background screening in the Los Angeles District, the IG found that HR officials were not doing their due diligence. Of the 33 hired applicants analyzed in the report, 11 had “automatic disqualifying driving eligibility factors” and 7 had “disqualifying criminal suitability factors.” Maybe bad employees slip through the cracks, but at least performance evaluation reviews can be used to hold them accountable. Too bad, then, that “13 of 13 (100 percent) 90-day performance evaluation reviews were not maintained in the electronic official personnel file, as required.”

This permissive culture and poor documentation lead to further poor behavior, contributing to the Postal Service’s mammoth financial problems. Too often contractors fail to satisfactorily perform a service requested by the Postal Service due to avoidable mistakes on the part of the contractor. These “chargeable irregularities” should result in the Postal Service getting refunds from contractors. But, due to the lack of necessary paperwork and complete reviews, the Postal Service misplaces tens of millions of dollars nationwide to lost contracts. For the Chicago Network Distribution Center alone, the Postal Service’s IG estimates that $7 million is at risk for a mere 11 contracts renewed during the 2016 and 2017 fiscal years.

It is all too easy, however, to point to the many problems with USPS without offering solutions. The federal government has financial leverage over the Postal Service and should use this leverage to incentivize more rigorous compliance efforts by top brass. Ultimately, if the USPS is to present itself as a business, it must prove it can provide a useful service in an efficient, expedient way.