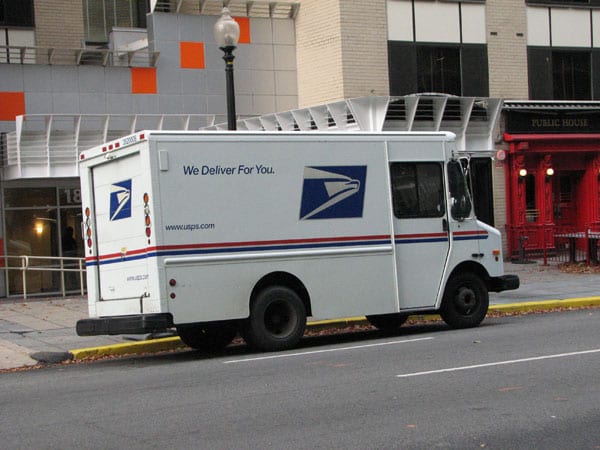 This article originally appeared in Economics21 on July 16, 2018.

At 47 years old, the United States Postal Service (USPS) is showing its age. The independent agency has not replaced most of its fleet in decades. More than half of all trucks are more than 20 years old. The Postal Service needs more trucks, but wasting money on a substandard fleet would mean further taxpayer bailouts and an unacceptable experience for customers.

This issue has become increasingly visible as an uptick in fires has compromised the operation of Grumman Long Life Vehicles (LLVs) purchased by the USPS. Nearly 100 truck fires in fiscal year 2017 alone have underscored the need to replace the aging fleet, as the USPS deliberates on the best truck vendor for the job. With depleted capital resources due to decades of financial mismanagement, the USPS has limited options in choosing the truck of the future.

The USPS’s infrastructure needs are many, but resources are fleeting due to a failing “business” model. The agency’s latest $656 million controllable quarterly loss translates to a $1.3 billion overall net loss for the first half of the 2018 fiscal year. These hefty losses were driven by an array of factors, ranging from highway contract rate inflation to additional labor hours to accommodate package deliveries.

But as the USPS is hemorrhaging resources, the agency is gearing up for a large increase in capital spending. According to a Government Accountability Office (GAO) report released in June, “USPS projects average annual capital-spending cash outlays of $2.4 billion from fiscal years 2018 through 2028—about 70 percent more than the average of $1.4 billion from fiscal years 2007 through 2017.”

While information technology and mail processing spending will get a boost, the primary driver for the increase is fleet acquisition. Starting in fiscal year 2019 (October 1, 2018), the USPS plans to spend an annual average of $821 million on new vehicles purchases. USPS is still in the process of deciding which vehicle model to choose, with competing bids from five different vendors.

The USPS is considering two foreign-origin bids (from Indian and Turkish manufacturers), but will likely be steered toward domestic bids due to the sway of “Buy America” provisions. While the USPS isn’t subject to the Buy American Act, it does have an acquisition provision for considering domestic suppliers first. Therefore, the USPS may pay an unnecessarily-high price for its fleet over the next decade. Additional considerations may further inflate the price of vehicle operation, paving the way for additional taxpayer subsidies to the beleaguered organization.

The USPS has stated that it prioritizes prototypes with “hybrid and new technologies, including alternative fuel capabilities.” With few exceptions, hybrids are more expensive than their conventional counterparts even taking into account the better fuel mileage. According to a study by consulting firm Vincentric LLC, 22 of 29 top hybrid vehicle models were more expensive over a lifecycle basis than comparable regular vehicles. Bloomberg projects that, even if lithium prices fall and remain steady, electric vehicles will remain more expensive than the fossil fuel fleet until at least 2025. But rising prices of key electric battery inputs such as cobalt and lithium are putting upward pressure on battery prices, and global demand pressures show no sign of abating anytime soon. The USPS tilt against a conventional fleet is a costly bet predicated on a price plunge of metals with soaring popularity and rising prices.

The USPS’s investment in next-generation vehicles will total roughly $6 billion over the next decade, and change the face of the organization for the next generation. This massive acquisition process can proceed smoothly, but only with proper precautions that ensure minimal costs and disruption.

By abandoning the requirement for domestic suppliers and electric vehicles, the USPS can ensure that costs are held in check amidst stagnant revenues. Taxpayers and consumers deserve a USPS that lives within its means and serves customers efficiently.