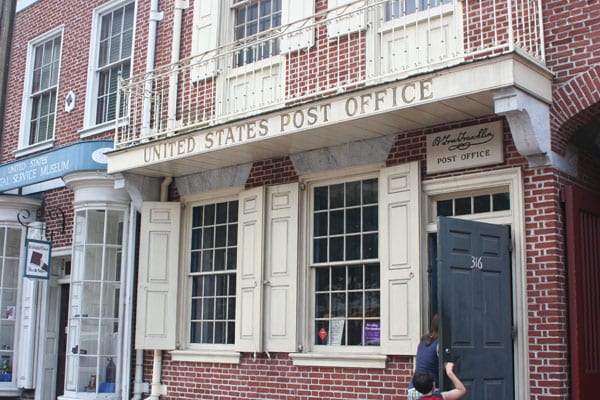 In Reforming Postal Service, Keep Taxpayers off the Hook

With operations awash in red ink, the U.S. Postal Service (USPS) has certainly seen better days. After posting yet another loss of $562 million for the 2017 fiscal year thus far, the USPS is pleading for members of Congress to bail out the struggling organization. The USPS, which has dealt with multi-billion dollar losses over the past decade, is pushing for the Postal Service Reform Act of 2017 as a way of shoring up finances. But the bill, which would transfer health-related retirement liabilities to Medicare, would shift expenses to taxpayers without solving any of the underlying problems facing the Service.

In a report released last month, the USPS Office of the Inspector General (OIG) examined the large retirement liabilities that lie at the heart of the USPS’s burgeoning debt. These costs have swelled since 2010 due to changing interest rate assumptions, cost of living adjustments, and lower-than-planned investment returns. The OIG audit report finds that, even using worker assumptions specific to the Postal Service, liabilities far exceed assets. For FY 2015, combined retirement fund assets totaled $338.4 billion, only 84.3 percent of the $401.6 billion in unfunded liabilities. In addressing these issues, members of Congress have proposed mandating that Postal Service employees sign up for Medicare Parts A and B.

In the reintroduced Postal Service Reform Act of 2017, USPS retirees would foot the bill for a (declining) percentage of their Part B premiums over the past three years, and be exempt thereafter. This change would shift the health-related retirement costs to Medicare, a system already plagued by shaky finances.  Total Medicare spending is already projected to increase by $500 billion over the next ten years, with expenditures rising faster than GDP over both the short-and-long-term. Strapping USPS liabilities on top of an already-beleaguered program is unfair to taxpayers.

But how can the USPS dig itself out of the massive hole they’ve created? Certain changes, such as ending Saturday delivery, are actively being considered and would help reverse fiscal damage. But reform cannot end there; nixing weekend delivery is only projected to bring in $3 billion a year.  The USPS could save another $1.9 billion by purchasing a mixed fleet of off-the-shelf vehicles, instead of purchasing “Next Generation Delivery Vehicles” (NGDV) with little resale value or technological potential.

These moderate savings could go a much longer way if the dollars were funneled a “buyout” fund, in which the Service offered current employees the opportunity to forgo their future benefits in exchange for an immediate lump-sum of money. These payouts, which would be assessed at a fraction of the cost of individuals’ benefit totals, would like enjoy wide take-up and put the USPS on a firmer fiscal footing. The Department of Defense (DoD) pursued a similar strategy, in order to engineer a twenty-five percent reduction in active duty strength.

In exchange for choosing to forgo future earnings and benefits, enlistees across the board were offered a range of financial incentives, including immediate annuities and lump-sum payments. AU Professor Saul Pleeter and Clemson Professor John Warner found that, despite high levels of variation by age, take-up was high across rank and experience levels. Around twenty percent of officers took the DoD up on these offers, while three-quarters of E-7s (fifteen years of service) participated.

Though it’s difficult to estimate how the DoD’s savings would translate into USPS savings, their experience warrants careful consideration by USPS financial analysts. When it comes to the Service’s gargantuan financial challenges, there are no easy solutions. But a liability gap exceeding 15 percent requires action, and shifting the debt to taxpayers is not acceptable. By shifting service, reforming fleet acquisition, and pursing pension buybacks, the USPS can assure taxpayers that it’s on the right track.