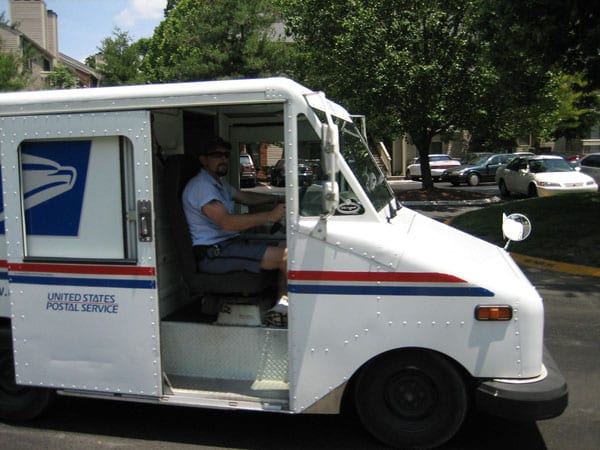 Beleaguered Postal Service Needs to Say No to ‘Green’ Vehicles

This article was originally published on Townhall.com on May 10, 2019.

Just when everyone thought that the United States Postal Service’s (USPS) finances couldn’t get any worse….they did. On May 10, the USPS announced second quarter FY 2019 losses of $2.1 billion, bringing total postal net losses to more than $70 billion since 2007. But be prepared to suspend disbelief even further, it may soon get far worse.

On May 8, President Trump announced General Motors’ intention to sell its Lordstown Assembly plant to the Cincinnati-area Workhorse Group (a company that reported revenues of just $763,173 in 2018 and a net loss of $36.5 million) to build electric trucks.  The deal is contingent on a multi-billion dollar potential agreement with the USPS to buy a “green” new fleet. While this may sound like good news to Ohioan plant workers, the USPS (and, yes, taxpayers) would stand to lose billions of dollars from a needlessly-expensive new fleet. There are better ways to bring automotive jobs to the heartland than gouging taxpayers and further worsening USPS finances.

When President Trump “reported” that “GM will be selling their beautiful Lordstown Plant to Workhorse, where they plan to build Electric Trucks,” he failed to mention the high-stakes, nearly-$7 billion dollar USPS fleet procurement process that has slogged along for years. The beleaguered agency has had the same trucks for over a generation, and they’re aging with flair. Since the start of 2019, there’s already been 12 vehicle fires, and regular breakdowns have contributed to late mail and frayed trust between the USPS and its customers.

Any sober-minded company would use the opportunity to purchase a new, economical fleet that gets employees and products from point A to point B with minimal disruption to delivery chains. Unfortunately, the USPS has a stated preference for hybrid or alternative fuel capabilities and has requested that half of all prototypes be “green” vehicles. A January report by the Taxpayers Protection Alliance estimates that this preference “would cost the agency an addition $172.41 million per year over its slated $821 million annual expenditure over the next decade to acquire new vehicles.”

Backers of electric vehicles claim that battery costs will continue to decline, making green fleets cheaper than conventional fleets over their lifespan. But the currently-high cost of electric vehicles are unlikely to go much lower and pressures on metal supplies may in fact force prices to increase above the status-quo. Prices for lithium, a key metal in electric batteries, have increased roughly four-fold since the start of the decade.

Battery prices have managed to decline for most of that period due to technological improvements, but high prices are beginning to catch up to overall battery costs. Bloomberg data shows that the decrease in battery prices is rapidly slowing down, and it’ll take roughly a decade for “almost all segments” of the electric vehicle industry to reach parity with conventional fleets even assuming that the large regulatory disparity between federal treatment of conventional and electric fleets continues. This is unlikely, as cost-lowering deregulation continues unabated.

Most other estimates have electric battery pack costs being at least 20 percent higher than Bloomberg estimates 5 to 10 years out.  But, few analyses account for a growing costly problem: battery disposal. Battery recycling rates are woefully low, and The Guardian reports that, “Not only do the batteries carry a risk of giving off toxic gases if damaged, but core ingredients such as lithium and cobalt are finite and extraction can lead to water pollution and depletion among other environmental consequences.” If the USPS becomes a “trendsetter” in electric battery waste, who will foot the bill? The U.S. government could insist that the agency foot the bill, but such costs would inevitably increase financial problems and hasten a massive taxpayer bailout.

The USPS fleet acquisition process, which is expected to be finalized this year, can spur manufacturing and the jobs that come with it. But, it would be costly and unnecessary to insist on a “green” fleet that would break the bank and carry hefty environmental costs. For such a large capital investment, taxpayers and consumers should be assured of sensible, cost-conscious purchases that don’t burn through money without helping the environment.