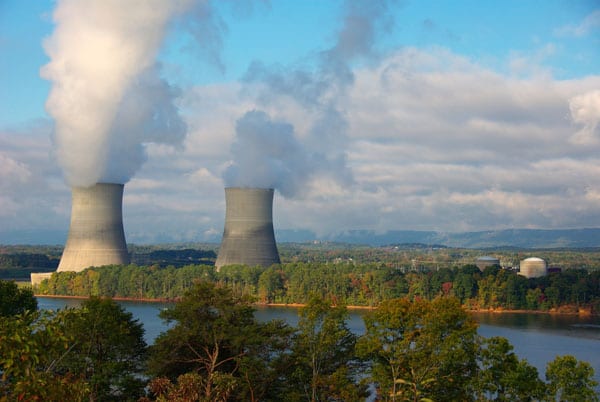 Bailing Out Nuke Plants is a Loser for Taxpayers

Now that nuclear energy is becoming less and less competitive nationwide, lawmakers are responding by using Americans’ hard-earned dollars to bail out floundering nuclear plants. Their reasoning is that if nuclear companies close, folks will lose jobs and a valuable energy source.

But government handouts are no way to protect consumers. Rather than favor certain energy sources over others, lawmakers should let consumers benefit from a competitive, level energy playing field.

Many nuclear companies are struggling to compete with other forms of energy. As a result, nuclear bailouts are becoming the norm.

Consider Illinois. Last year, Chicago-based Exelon announced that without government intervention, its power plants in Clinton and the Quad Cities would be forced to shut down.

So legislators cooked up the Future Energy Jobs Act, which will throw a $200 million a year lifeline to Exelon  — allowing its plants to limp on. The plan, a bipartisan special interest festival, will also pour a ton of money into renewable energy projects.

And they will pay for that bailout with the largest tax-rate increase in U.S. history.  The scheme would hit Illinois residents with an extra $16.4 billion in energy costs. All told, the plan would forgo $14.7 billion in economic activity and $429 million in local and state tax revenue, costing Illinois up to 44,000 jobs.

Other energy producers are outraged. And rightfully so. In fact, Dynegy Energy, an owner and operator of coal plants in southern Illinois, predicts that many of its employees will lose their jobs as a result of the bailout.  The company is suing the state in tandem with NRG, another coal company operating in Illinois. Combined, the two have nearly 1,400 employees across Illinois.

In New York, meanwhile, Governor Andrew Cuomo recently approved a similar plan to spend $7.6 billion to save struggling nuclearplants.  Exelon is also purchasing an additional plant in the Empire State on the condition that the state’s government help pick up the tab by raising utility rates.

That’ll cost New Yorkers big time. Indeed, experts estimate that the plan will rob New Yorkers of $3.4 billion over the first five years — and even more in the long term.   New York and federal taxpayers will also feel the pinch when energy costs for state and federal buildings increase.

The bailouts don’t stop there. Now that nuclear companies have locked down funding models in Illinois and New York, they’re getting ready to turn to other states for more money.

In Ohio, for instance, another power company, FirstEnergy, is looking to sell its floundering plants near Cleveland and Toledo. Exelon is considering moving in — asking the state for a little help in taking over the facilities.  Nuclear companies are also eyeing handouts in Pennsylvania, New Jersey, and Connecticut.

These other states should look to New York and Illinois as cautionary tales. Throwing taxpayer-subsidized lifelines to nuclear energy will hurt energy markets across America, resulting in poorer service, less choice, and higher utility rates for customers.

Indeed, if all nuclear plants in the northeast and mid-Atlantic win similar subsidies, it could cost ratepayers an astounding $3.9 billion a year, according to a report by Bloomberg Intelligence.

Bailouts are great for companies such as Exelon, whose stock has soared since December.  But they are terrible for taxpayers and an open and competitive energy market. Rather than dole out taxpayer dollars to prop up failing nuclear companies, legislators should back off and allow all forms of energy to compete.