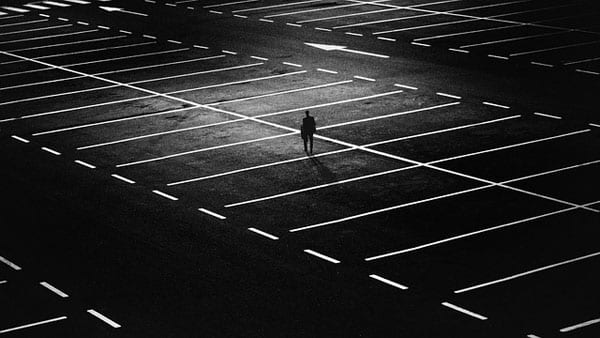 This piece was published in the Spectator on August 31, 2017.

If you build it, they will come, but will they have a place to park?

That’s the conundrum now facing the future Las Vegas Raiders as they figure out the logistics of their new home, Las Vegas Stadium. The Raiders will get to use the land rent free per the law passed by the Nevada Legislature that pledged $750 million in taxpayer money for the facility.

A study released in June shows the stadium site at the corner of Russell Road and Dean Martin Drive can fit just 2,400 parking spots within the planned site footprint. That’s just 15 percent of the 16,250 parking spaces required by Clark County code for a facility that will seat 65,000 people.

Raiders to UNLV: A little help from our friends?

Rather than purchase nearby desert land, the Raiders want the University of Nevada-Las Vegas, which is three miles away, to provide parking — at no cost to the Raiders. Even though land is not in short supply, the value of the land rose precipitously once the stadium site was selected.

In an initial draft of a joint-use agreement for the stadium, the Raiders proposed that UNLV allow the franchise to use nearly 80 acres for game-day and event parking, the Las Vegas Sun reported. This includes the parking lot of the Thomas & Mack Center, which has about 4,000 spaces, as well as 42 acres near the intersection of Koval Lane and Tropicana Avenue.

UNLV can reap parking fees from the arrangement, but it’s unclear if the revenue would be worth the headache.

Local government officials recently expressed frustration with the parking situationahead of a Clark County Commission vote to approve continuation of the project.

Dozens of infrastructure upgrades on the way

Sunday football games are expected to draw about 5,600 vehicles to the stadium, from personal vehicles to shuttle buses to Uber drivers. So, accordingly, a traffic impact study prepared for Clark County by Kimley-Horn and Associates suggests about 40 transportation improvement measures both on-site and off-site that should be completed before the start of the 2020 NFL season. That study recommends such improvements as installing more traffic signals and widening streets.

How much would that cost? Bureaucrats say they will eventually release those numbers and warn that they may add on some improvements of their own.

“All of that is going to be determined later,” county spokesman Erik Pappa told the Las Vegas Review Journal. “A traffic study is only one part of the process, and it will have to be reviewed and accepted. Each proposed feature carries a cost and perhaps more traffic features will be sought by staff and the county commission.”

The traffic impact is at least somewhat mitigated by the fact there are nearly 24,000 hotel rooms within a one-mile radius of the stadium site, meaning more people are likely to walk to games than at other NFL venues, Kimley-Horn found. The firm suggested that a 30-foot wide pedestrian walkway be built over Interstate 15 so pedestrians can safely cross to the stadium from the Strip, with the recommendation of a possible expansion of the city’s monorail to tie into that walkway.

T.M. Brown, an urban planner and freelance journalist from New York, wrote in Deadspin that “when a stadium gets a dedicated highway exit or a subway stop or a reorganized traffic pattern that lets people enter and exit the grounds quickly, it becomes an indirect subsidy that directly benefits a single business owner at the expense of all taxpayers.”

Michael Schaus, communications director for the Nevada Policy Research Institute, said the Raiders choosing the lot at Russell Road and Dean Martin Drive came as a surprise to many.

“When that site came up a lot of people throughout the state were scratching their head because there’s just not a lot of room for how many people they want to get in,” he said. “It just goes to show they were never really interested in making this easy for the local governments or citizens.”

The Nevada Department of Transportation has estimated infrastructure improvements around the stadium site will cost at least $200 million. That includes reconfiguring the Tropicana Avenue interchange at Interstate 15 and building direct-access ramps to connect a new carpool lane on I-15 to Hacienda and Harmon avenues.

NDOT has indicated a desire to sell bonds to finance the projects, repaying investors with revenue from a fuel index tax increase that Clark County voters approved last November. The increase, which will bump gasoline taxes by about 3.6 cents per gallon each year, or approximately a 36-cent increase by 2026, is expected to generate $3 billion over the next 10 years and fund 200 transportation projects. Every dollar spent around the stadium site means less money for projects in other parts of the valley.

Schaus said there’s likely to be plenty more hidden and unknown costs on top of the road improvements around Las Vegas Stadium.

“Let’s assume their projections are close to being accurate. When you have more people in town for more events, of course that means you have to have more police officers. You have to have more security personnel. You have to dedicate more time and energy to the upkeep of that particular area near the Strip,” he said. “There are a lot of ancillary costs any time any investment happens in Las Vegas already and now you’re talking about adding this on top of it. Those are things that people don’t take into account.”