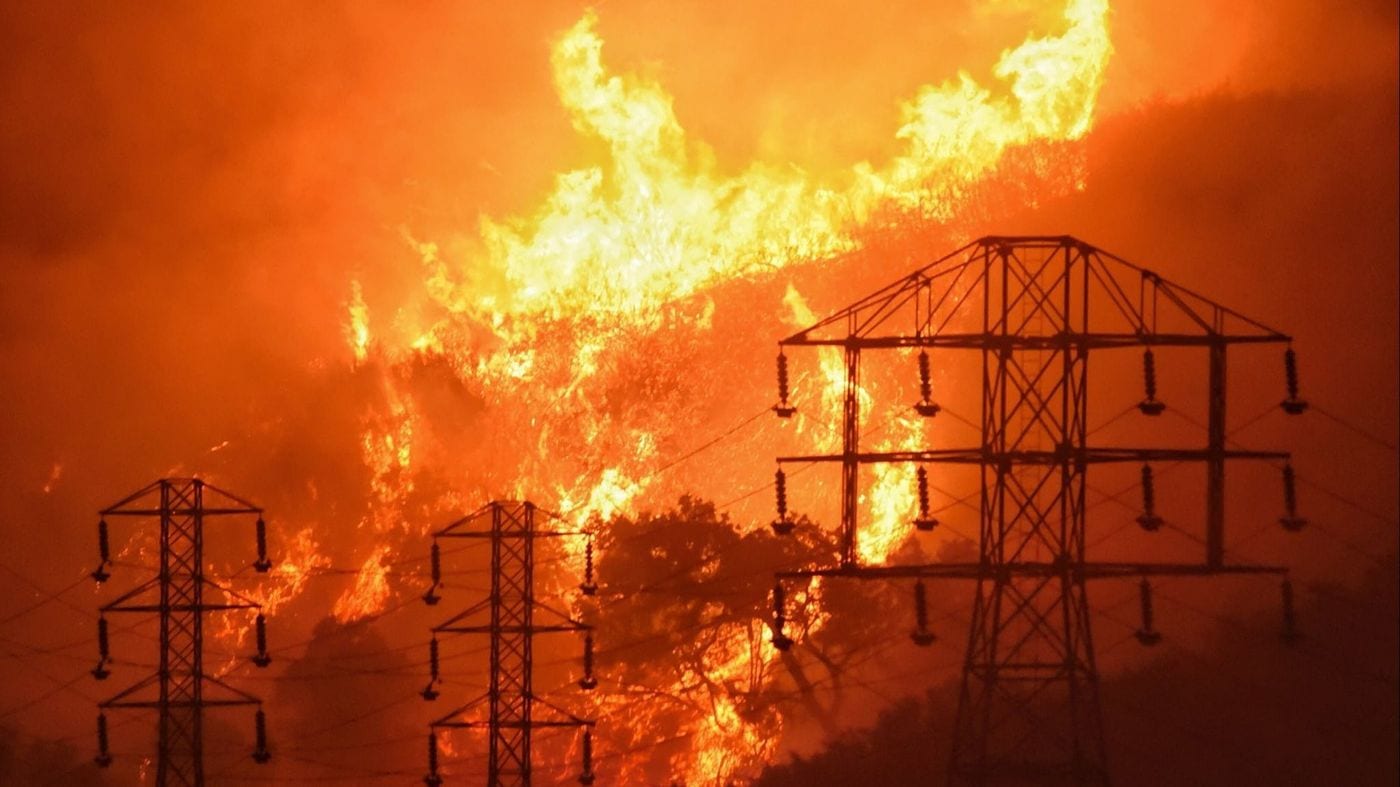 This article originally appeared in the American Spectator on August 31, 2018.

The mainstream and tech media are pointing to Verizon’s throttling of the data speeds of the Santa Clara County Fire Department as it battled blazes in California as another reason why net neutrality is needed. But upon closer examination, the situation points to the opposite. While Verizon erred in this case, the concept of throttling data after a cap is met is a practice that generally benefits consumers.

The Santa Clara County Fire Department’s data was throttled as it helped battle the Mendocino Complex historic wildfire in July. (As of late August, the fire had spread over more than 400,000 acres of California, making it the largest in the state’s history.)

Fire Chief Anthony Bowden said the issue primarily affected the OES 5262 vehicle the department uses to organize and prioritize resources during a fire. The plan the department has with Verizon calls for data speeds to be slowed when the amount used exceeds 25 gigabytes in a month.

The fire department is part of of a lawsuit filed by attorneys general from 22 states and other partiesseeking to overturn the repeal of Title II rules on internet service providers by the Federal Communications Commission — what the left calls net neutrality. Bowden said in an addendum to a brief filed in that case that Verizon offered to restore the speeds if the department switched to a more costly plan with a greater data allotment (a practice allowed under the strict 2015 Title II order).

Verizon released a statement saying the issue was a mistake by a customer service representative. The company’s policy is to restore speeds in public safety emergencies, it said.

“Regardless of the plan emergency responders choose, we have a practice to remove data speed restrictions when contacted in emergency situations,” the statement said. “We have done that many times, including for emergency personnel responding to these tragic fires. In this situation, we should have lifted the speed restriction when our customers reached out to us. This was a customer support mistake. We are reviewing the situation and will fix any issues going forward.”

Now everyone on the left is piling on, saying net neutrality rules would have fixed this (never mind that the Title II regulations did not apply to wireless carriers and that the throttling rules applied to discriminating against certain websites, not slowing down all data.)

The 2015 Open Internet Order by the FCC that created the Title II rules is actually quite clear that restrictions on data plan speed don’t violate the throttling rule.

“Verizon’s throttling has everything to do with net neutrality — it shows that the ISPs will act in their economic interests, even at the expense of public safety,” Santa Clara County counsel James Williams said (we assume breathlessly).

And then there are the misguided op-eds, such as the one on Futurism with the headline “Verizon Is Wrong. Throttling Emergency Responders’ Data Is Definitely About Net Neutrality.” (We assume this headline was also written breathlessly.)

“Maybe it’s an example of how big ISPs act when they know it’s harder for anyone to hold them accountable for their actions,” Kristin Houser writes in that op-ed.

If only there was a traffic cop to sort this all out. But wait, there is, and it’s called the Federal Trade Commission (FTC). Berin Szoka, president of TechFreedom, pointed out in Medium that the FTC already sued AT&T over what it felt was misleading marketing of its unlimited plans — users could get unlimited data but the speeds would be slowed after reaching a certain threshold. AT&T eventually settled the case.

If Verizon has acted out of turn in this case, the FTC has the ability to investigate.

Szoka said the FCC of 2015 under Democratic Chairman Tom Wheeler recognized the benefit of data plans with varying allowances.

“Even the FCC’s 2015 Open Internet Order acknowledged… that such plans benefited the overwhelming majority of consumers by offering them cheaper data plans that better met their needs,” he said.

The throttling of data also prevents a few users from hogging most of the bandwidth. If a customer needs more data they can pay more money for the luxury.

It’s come to light that the fire department had exceeded the cap multiple times in the past year, with Verizon temporarily removing the restrictions on two previous occasions. Rather than pay for a higher plan, Santa Clara decided to keep its lower-rate plan with less high-speed data.

Perhaps in this case, Verizon is suffering a public relations nightmare due to its own generosity. In order to be a good social partner as a corporation, its general policy allows public safety leeway in data caps. It messed up here, and it’s paying the price.

But this scenario doesn’t call for net neutrality. In truth, it points to why the system currently in place is good for consumers.