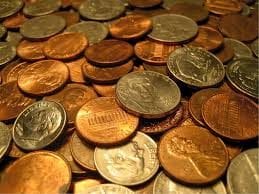 This article originally appeared in Townhall on August 3, 2019.

Debate on an increase in the federal minimum wage has centered on what’s fair to workers versus what’s fair to employers. But, there’s a big factor, cost of living, that is rarely considered as Congress attempts to impose a uniform $15-an-hour wage.

The Democratic-controlled House passed the Raise the Wage Act in July by a 231-199 vote to boost the federal minimum wage from $7.25 to $15 by 2025, with the wage indexed to the median hourly wage of all workers in subsequent years. That legislation will likely stall now as it’s highly unlikely the Republican-controlled Senate will take it up.

But it’s not just members of the GOP that are against it, as six Democrats in the House switched sides and said they would not support the bill. In addition, two left-leaning media outlets recently posted articles discussing a $15-an-hour minimum wage that bring the benefits into question.

The Week pointed to the case of Restaurants Unlimited, a West Coast-based chain with 35 eateries that filed for bankruptcy protection because city-wide minimum wage increases in Portland, San Francisco and Seattle had increased its expenses to a level it could no longer afford.

Vox noted that economists who studied Seattle found that employers reduced hours in lower-wage jobs by up to 7 percent as the average hourly wage increased by 3 percent. The net effect was that employers paid their employees less money on average than if the minimum wage increase had not gone into effect. So rather than cut jobs, businesses tended to cut hours to keep their payrolls from seeing a dramatic increase as Bernie Sanders did with his campaign staff.

Beyond the issues of wages, hours and jobs, an often overlooked aspect of the concept of boosting the federal minimum wage in every part of the country is the dramatic differences in cost of living from one area to the next, particularly the divide between urban and rural areas.

To illustrate how stark that difference is, I found a cost-of-living calculator and used my hometown of Cullman, Alabama, and a $30,000 annual income as the baseline – essentially what a $15-an-hour minimum wage worker would make in a year. A city of about 15,000 residents in north Alabama, Cullman has a relatively strong economy compared to other counties in the state with low unemployment. Like most of Alabama, it has a low cost of living with lower taxes, affordable homes and cheaper prices at the pump.

How far does that money go compared to some big cities? A salary of $30,000 in Cullman is comparable to $61,304 in Washington, D.C. The little things add up – the cost of food is about 17 percent higher in that nation’s capital, while transportation costs are nearly double.

Transportation is 160 percent more in New York City, where you’d have to make $73,784for the same quality of living as you’d get on $30,000 in Cullman. Utility costs that are nearly 50 percent more add to the disparity.

Put another way, a $15-an-hour wage in San Francisco is equivalent to about $4.20 an hour in Cullman. That’s barely more than half as much as the current federal minimum wage.

The numbers show the folly of trying to shoehorn in a one-size-fits-all federal minimum wage across the U.S. It’s best to let the market decide, but if nothing else it’s better to leave those decisions to local control rather than let Congress impose it.