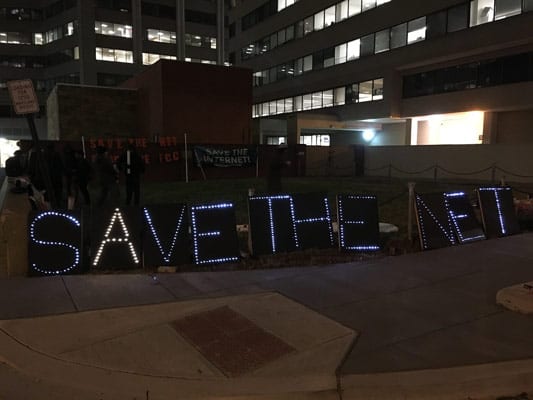 This article originally appeared on Inside Sources on June 10, 2019.

Detractors of the Federal Communications Commission’s decision to repeal Title II regulations on internet service providers — including dissenting Commissioner Jessica Rosenworcel — claimed the move would be the downfall of a free and open internet.

But an investigation by the Taxpayers Protection Alliance Foundation found that throttling and blocking internet access did not occur.

Among the hundreds of millions of internet sessions in the United States, there have been only a few hundred complaints about throttling or blocking made to the FCC since the repeal went into effect on June 11, 2018. And, analysis of the complaints shows that practically all of them can be explained as standard network issues rather than malicious intent on the part of ISPs.

TPAF submitted a Freedom of Information Act request this spring, requesting all complaints made to the FCC about throttling and blocking since last June 11 (the day Title II was officially removed). The FCC found 471 complaints responsive to the request.

In addition to a number of multiple complaints from the same users, many of the issues deal with providers slowing speeds after data caps are reached, a practice that was never banned even when “net neutrality” rules were in effect.

Complainants in Missouri said the poor speeds of their Google Fiber connection results in their security system not working, which has allowed an intruder to enter their house regularly.

“Our intruder has broken, stolen, urinated, and defecated on just about everything he can,” the complainant writes, adding. “We believe he has even given our dog insulin shots.”

Another claimed that one ISP was intentionally blocking BBC news videos, adding that “falling into (an) overturned running lawnmower would be too good for” FCC commissioners.

A Verizon customer in Colorado complained that the company shut off her line after she didn’t pay her bill.

In the cases that could actually be throttling and violate customer agreements, there are “a half-dozen reasons” the slow speeds are likely unintentional, said Brent Skorup, senior research fellow at the Mercatus Center.

He cited such possibilities as Wi-Fi interference, issues with phones and damage to lines causing fluctuating speeds.

“I’m skeptical there was any malicious intent,” Skorup said. “These are complex networks and many ways that things can break down.”

“I suspect about all of these have an innocent explanation,” he added, noting the possibility of stiff penalties for providers who break the rules.

Rosenworcel routinely tweets out the hashtag #SaveTheNet, but the data makes it highly questionable that the internet needs saving.

TechSpot said in a recent article that the “doom and gloom outlooks” are overblown, noting that “within the wireless industry very little has changed since the Title II provisions have been repealed” and that “carriers have not used their new freedoms to gouge customers for more personal information and money.”

The TechSpot article cites a study by Northeastern University’s College of Computer and Information Science that found wireless carriers haven’t changed how they treat their customers. Some throttling occurs during bandwidth intensive tasks now, the same as it did before, but download speeds have generally not been affected.

TPA’s policy director Ross Marchand previously noted in an article for The Federalist that 95 percent of the 450,000 tests run by the Wehe app, designed to detect throttling by ISPs, found no differentiation of speeds. And of the slowdowns identified by the app, the vast majority involved bandwidth hogs like video streaming.

Fortunately, the fears of throttling and blocking have been overstated and consumers are surfing the internet freely.