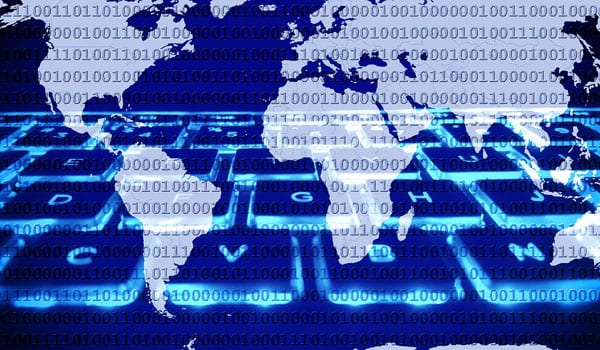 The Taxpayers Protection Alliance (TPA) has long been critical of the Title II Order implemented during the tenure of ex-Federal Communications Commission (FCC) Chairman Tom Wheeler. Contrary to the stated aim of the rule, Title II has not resulted in a “free and open internet.” By restricting the ability of internet service providers (ISPs) to provide content to customers at lower prices, heavy-handed, utility-style rules diminish the digital sphere and harm internet users. Furthermore, the Title II Order has held down investment into internet services, at a time when the number of internet users has never been higher. Today, TPA is submitting comments to the FCC supporting the reversal of the Title II Order and return to a light-touch regulatory regime. Utility-style regulation must be promptly eliminated, and replaced by a framework that keeps the internet an open and innovative place.

The Taxpayers Protection Alliance (TPA) respectfully submits this letter in support of the Federal Communications Commission’s (FCC) proposal to reverse the harmful effects of the Title II Order and return the classification of broadband internet access to a Title I information service.  Adopting the proposal would undoubtedly spur greater investment in broadband networks and return to a permissionless innovation regulatory model that will benefit both consumers and businesses in the dynamic internet economy.  Implementing the proposal would also protect taxpayers from an expanding bureaucracy and subsidies for expanding taxpayer-funded networks.

In 2015, the Commission’s previous leadership bowed to an unprecedented level of political pressure and elected to impose Title II, monopoly-era telephone regulations on the digital engine of the 21st century.  They did this despite a lack of evidence of actual harm to consumers that would justify a move to Title II. The FCC’s Title II, a regulatory regime better suited for railroads than hyper-competitive broadband companies, empowered the FCC to adopt rules giving the federal government the power to micromanage the decisions of internet service providers and even the power to regulate their rates.  Such an approach has not provided the proper incentives for companies to invest and innovate, and the negative effects are already being felt.  The “Restoring Internet Freedom Notice of Proposed Rulemaking” appropriately addresses this situation by proposing a return to the light touch regulatory regime under Title I.

Ensuring that consumers have access to a free and open internet is an important policy objective that TPA strongly supports.  As with most issues, that objective can be achieved – and was being achieved prior to 2015 – through market forces with a regulatory backstop providing limited government authority to address demonstrated harms.  While some have incorrectly suggested that net neutrality is only possible if broadband internet access is regulated as a Title II utility service, the past twenty years of bipartisan agreement on net neutrality suggests otherwise.

Today, a cloud of regulatory uncertainty hangs over the deployment of broadband networks.  Rather than continue the back and forth at the FCC, the best solution for providing clarity is for Congress to pass legislation that provides clear consumer protections and eliminates the possibility of the regulatory overreach pursued in the Title II Order.  Until Congress acts, however, the FCC must move forward with the effort to return the classification of broadband to a Title I service.

At a time when the Commission wisely seeks to drive forward broadband infrastructure investment and promote competition through the dismantling of unnecessarily onerous rules and regulations, eliminating Title II regulation of the internet must be placed at the front of the line.  The desire to “remove regulatory barriers to infrastructure investment” that has driven the Commission in other dockets is an admirable goal.  This Restoring Internet Freedom proceeding should be viewed in that context.  As Chairman Pai has wisely noted, in the infrastructure context “every dollar that the FCC forces companies to spend [in regulatory costs]… is a dollar that cannot be spent” on deployment.  Data on the effect of the Title II Order makes clear that these implicit costs have been incurred by broadband providers as a result of Title II reclassification, and the numbers show a very real decline in investment while at the same time providing no evidence of increased internet openness.

Taxpayers win when free markets, not unelected bureaucrats, drive decisions on the internet.  A return to a light touch regulatory approach – the same paradigm that was in place for the two decades prior to the 2015 Title II Order – will yield increased investment and innovation, less regulatory red tape, and more choice and opportunity for participants in the online marketplace.  While the ultimate resolution of this debate should be resolved by Congress, the Commission should proceed with all due haste to roll back Title II utility-style regulation of the internet.