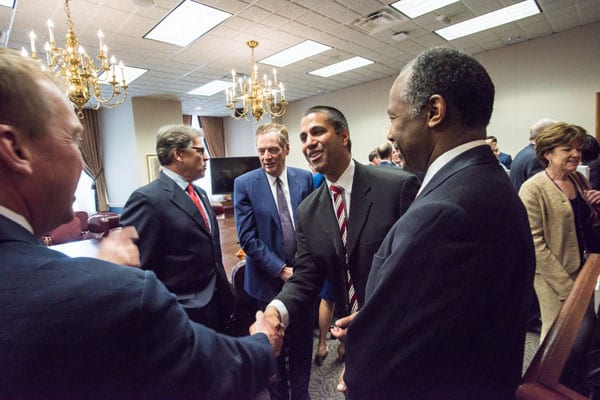 TPA President David Williams released the following statement today in reaction to news of the reconfirmation:

“TPA is pleased to hear that Ajit Pai has officially been reconfirmed by the Senate to continue to lead the FCC. Chairman Pai has been an aggressive advocate for a truly open internet, having fought against Title II Net Neutrality rules. Title II would harm consumers and open the floodgate for taxpayer subsidies to wasteful and unneeded municipal broadband systems.

Chairman Pai is the consumer’s best hope for an internet untethered by red tape.  Pai is a known pragmatist who prioritizes sensible policy over bad politics, taking into account the economic ramifications of existing policies. Since becoming Chairman, he has restored intellectual rigor within the agency, working to incorporate more cost-benefit analysis into the Commission’s work through the creation of the Office of Economics and Data. If all goes according to plan, the Office will open by the end of this year.  It is critical for the FCC (or any agency) to study the economic ramifications of their policies.

Our regulatory bodies must be led by individuals who put partisanship aside and prioritize what’s best for taxpayers, consumers and the country. By all accounts, Chairman Pai has done just that.”

Williams finished by sending a message to Chairman Pai on the possibilities ahead: “TPA is ready to work with Chairman Pai on a number of issues that will protect consumers and taxpayers.”