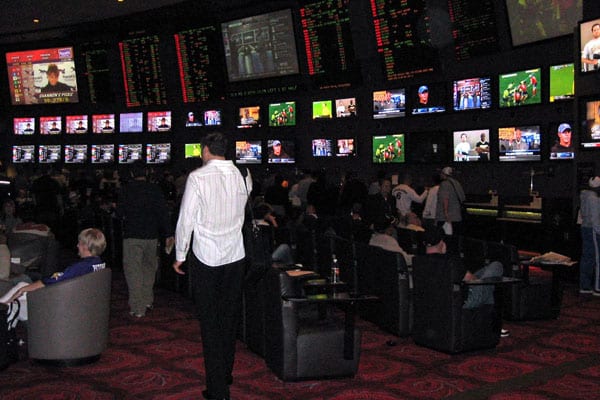 This article originally appeared in Watchdog.org on August 15, 2018.

The dynamic screens at the Venetian sports book list the various odds of the day, and the Atlanta Braves at 16-1 are a tempting pick to win the World Series. Although the team leads the National League East and faces lesser competition in the senior league, their youth and experience could trip them up if they make the playoffs.

Sharps across the country will soon be making such value judgments from their home states. Bettors in places like New Jersey and Mississippi will no longer have to travel to Nevada to make legal wagers; instead they’ll be able to purchase those tickets in casinos in their home states – or even online.

In the wake of the U.S. Supreme Court overturning the 1992 law that prevented sports wagers in every state but Nevada, many states have already legalized sports books or have plans to do so. But experts warn them not to overtax the games, lest they chase bettors back into the black market.

Setting such astronomical rates risks alienating customers and hurting tax revenue. A higher tax rate means the sports book operators might slightly increase the vigorish on the game lines, which would add up over time for consumers and make them more likely to turn toward offshore websites or their local bookie to place their wagers. States wouldn’t get a cent of tax revenue from that.

The American Gaming Association (AGA) estimates that $150 billion in illegal sports bets are made each year through channels like those, and mishandling the tax situation could ensure that black market remains healthy.

That proved to be the case in Colorado with marijuana, whose effective tax rate on pot topped out at close to 30 percent due to a wholesale tax, retail tax and various other state and local taxes. A state-sponsored study found the black market for marijuana continued to flourish thanks to the excessive tax rate. In response to the study, Colorado reduced the tax rate slightly. It is too soon to see the effect on the lower tax rate.

“We still have a black market, and we want to moderate our taxes to make sure that the risk of someone selling illegally. … We want to eliminate that,” Democratic Gov. John Hickenlooper said. “And one way is to make sure there is not as large a price differential.”

New Jersey Assemblyman Eric Houghtaling, D-Monmouth, told Forbes that New Jersey lawmakers considered much higher taxes, but decided on a lower rate due to the interstate and offshore competition.

“We have to be really competitive and drive people to what is legal now in New Jersey,” he said. “We think the tax rates we have set will make that happen.”

New Jersey projects it will reap $13 million in taxes from the first full year that sports books are in operation.

John Buhl, a researcher at the nonpartisan Tax Foundation, said sin taxes aren’t reliable to fund core state services, even if they are an easy political sell.

The Tax Foundation’s studies have found that sin taxes often result in a short-term boost in revenue followed by a decline in tax collections in the following years. And, the higher the sin tax, the quicker the revenue will evaporate.

Buhl further warns that the gambling market continues to grow more and more saturated, and excessive tax rates are making it harder for casinos to show profitability. Sports betting, too, may take the place of existing consumer spending, reducing tax revenues in other categories.

AGA projects state and local governments could reap about $3.4 billion in annual tax revenue from sports betting with smart tax policies. That organization is asking Congress to repeal or reduce the federal excise tax on such wagers to help the cause.

In a letter to Congress, Geoff Freeman, the president of AGA, asked federal lawmakers to re-examine a 0.25 percent federal tax on sports bets.

“This 1951 tax was originally intended to serve as an enforcement tool against illegal gambling, but instead hinders the ability of the legal market to compete with illegal operations that do not pay any tax,” he wrote.

Members of Congress would be wise to heed that call, just as states should carefully consider the long-term ramifications of setting too-high tax rates on sports wagers. The Supreme Court decision to overturn the Professional and Amateur Sports Protection Act was a win for both states’ rights and personal liberty. It wasn’t intended as a money grab for taxing authorities.