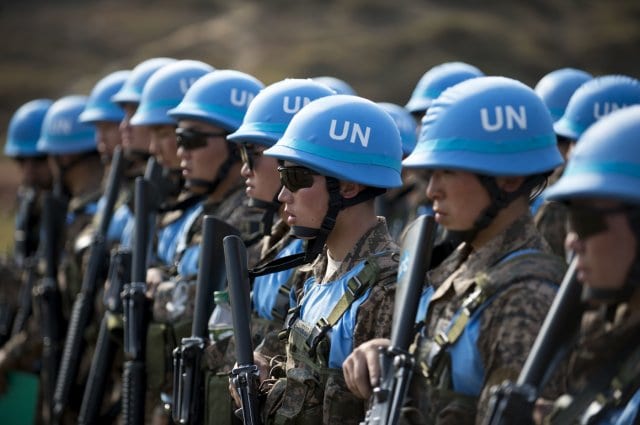 Why It’s Time To Shut Down The Scandal-Plagued U.N. Palestinian Refugee Program

This article was originally published in the Federalist  on January 1, 2020.

The United Nations (UN) has a long, sorry track record of corruption and mismanagement. The latest in its long string of scandals comes from the United Nations Relief and Works Agency for Palestine Refugees (UNRWA), which is facing its worst financial crisis since its founding in 1949.

The UNRWA has always worked exclusively with Palestinian refugees. It operates alongside the United Nations High Commissioner for Refugees (UNHCR) which handles all other refugees globally.

Despite being created with a short-term mandate, the UNRWA has openly disregarded its original mission and perpetuated Palestinians’ status as refugees, while growing into a corrupt bureaucratic behemoth within the UN. The agency employs approximately 30,000 people to deal with 5.7 million Palestinian refugees, while the UNHCR, which handles 70 million refugees globally, employs “only” 10,000 people.

The agency has faced heavy criticism for having terrorist group Hamas members on its official payroll and failing to address their education curricula riddled with antisemitism, terror incitement, and martyr worship. Opponents of the agency’s dubious practices have for years called for transparent procedures and merging UNRWA into the UNHCR.

In 2018, the U.S. government (easily the agency’s biggest donor) announced it would halt all taxpayer funding of the agency, labeling the UNRWA a “bottomless barrel” with “deceptive practices.” The Trump administration certainly has a point, as the agency faces the worst financial crisis in its history with a budget deficit of $332 million.

As the current UNRWA mandate was set to expire in 2020, the UN’s Fourth Committee set a vote for a three-year extension on November 15. The agency’s future took another hit just two weeks prior to the voting process, as an explosive scandal erupted surrounding its now-former chief, Pierre Krähenbühl.

UNRWA’s ex-leader stepped down after an investigation by the UN’s Office of Internal Oversight brought up allegations of mismanagement, including abuses of power, sexual misconduct, nepotism, bullying, and retaliation. Krähenbühl’s resignation came just hours after U.N. Secretary-General António Guterres decided to place him on administrative leave until the end of the investigation.

Nor were abuses limited to Krähenbühl. According to a leaked document, members of an “inner circle” at the top of UNRWA have engaged in “abuses of authority for personal gain, to suppress legitimate dissent and to otherwise achieve their personal objectives,” while Krähenbühl was accused of “increased disregard for agency rules and established procedures, with exceptionalism becoming the norm; and continued excessive travel of the commissioner-general.”

The leaked document also cited allegations of a senior aide using her influence for the employment of her spouse at the agency, and another top aide abusing his authority by mistreating staff and retaliating against complaint filers. The departing agency chief claimed to be the victim of a smear campaign designed to undermine the agency and denied all allegations of improper conduct.

Faced with a serious set of accusations that called into question the agency’s purpose, credibility, and transparency, UNRWA was starting to lose additional financial backing. Following allegations of corruption and mismanagement, the Swiss, Dutch, and Belgian governments all suspended payments to UNRWA pending the conclusion of the investigation. The sudden ebb in aid prompted the new officer-in-charge to appeal for financial and political support at the UN General Assembly’s Fourth Committee on the eve of the UNRWA mandate extension vote.

With all these scandals, you would think that the UN would finally vote to end this beleaguered agency. Unfortunately, the global bureaucracy is as determined as ever to undermine accountability and fleece taxpayers around the world. The Fourth Committee of the United Nations General Assembly overwhelmingly voted in favor (170-2) of renewing UNRWA’s mandate until 2023, with only Israel and the United States standing in opposition. The approved resolution didn’t mention the resigning chief nor the pending investigation and allegations of severe misconduct.

As the UN originally envisioned, UNRWA’s mandate would be short-term, with the refugee issue being solved promptly through repatriation or resettlement. Seven decades later, the UNRWA is just one of many out-of-control UN bodies that have morphed into a secretive and unresponsive bureaucracy.

Until UNRWA faces a serious possibility of defunding and closing down, no amount of leadership rotations nor promises of complete transparency will make them into an effective and accountable force. Showcasing cosmetic reforms and lamenting about indispensability may persuade rich countries and large tech companies to keep UNRWA up and running, but it will not dissolve the organization’s corrupt bureaucratic apparatus.