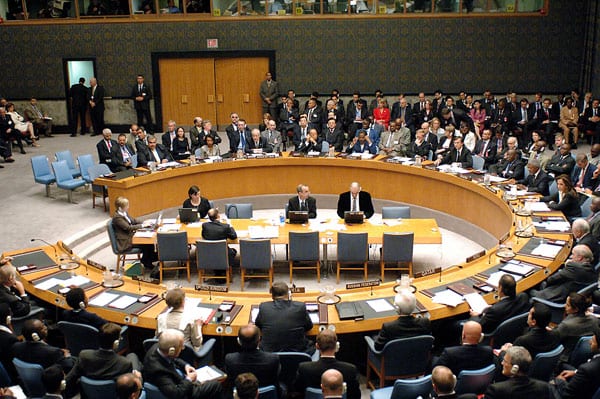 This article appeared in Inside Sources on October 16, 2018.

For those unable and unwilling to wait for Chicken Little’s coming sequel, the United Nations’ latest Intergovernmental Panel on Climate Change report provides a heavy helping of unnecessary alarmism and hysteria. The report’s authors warn that “rapid, far-reaching and unprecedented changes in all aspects of society” are inevitable absent a radical, World War II-level effort to ratchet down fossil fuel usage to zero by 2050. At a U.S. taxpayer-funded level of $8 billion, the United Nations has an obligation to provide a levelheaded accounting of the facts, instead of jumping to fear mongering.

The report says that the Paris Climate Agreement to limit the increase in global warming by 2 degrees Celsius simply won’t cut it; a 1.5 degree increase is the new red line. While the 133 report authors are undoubtedly well accomplished in their scientific fields, they fail to understand the unintended consequences and high taxpayer and consumer costs that come with “ambitious” climate action. Going all in to limit warming to a degree and a half will mean bilking the global poor while increasing other environmental harms.

How does the United Nations propose that we drastically cut down on carbon emissions over the next few decades? The report authors envision a world, where, “By 2050, renewables (including bioenergy, hydro, wind and solar, 32 with direct-equivalence method) supply a share of 49–67% (interquartile range) of primary energy.”

Given that renewables accounted for less than 4 percent of global consumption in 2017, the world has its work cut out. States like California offer a window into drastic efforts to reduce carbon emissions. Currently, the Golden State has a renewable portfolio standard of 50 percent for green energy, and Gov. Jerry Brown recently signed a bill to accelerate the target to 60 percent by 2030. California’s increased utility costs also mean bad news for taxpayers. With thousands of federal and state buildings, the increased utility costs for those buildings will translate into higher public operating costs.

On top of that, California implemented a cap-and-trade program in which industries need to buy allowances for the right to emit carbon. Unsurprisingly, California electricity bills are more than 50 percent higher than the national average. This disproportionately affects the state’s mammoth poor population, who spend a higher percentage of their income on electricity bills than their wealthier neighbors. In fact, around 1 million California households “faced energy expenditures exceeding 10 percent of household income,” according to a 2015 Manhattan Institute study.

Climate “action” has an especially negative effect on poorer countries, which rely heavily on fossil fuels to keep the gears of industrialization spinning. In a country such as Nigeria, the intermittency of renewable electricity would only add to the country’s grid unreliability. Also, cutting off Nigeria from fossil fuel revenues would mean layoffs and pay cuts for millions of workers in the oil sector. Rather than destroying the fortunes of the global working poor, developed countries should consider embracing the free-market as a means of curbing pollution.

By all accounts, slashing corporate tax rates in 2017 bolstered the economy and helped businesses looking to make new investments. Researchers at the University of Illinois and the Nature Conservancy found that funding and manpower for conservation organizations are strongly tied to stock market performance. As society grows richer, more funds will be available to fund ecological preservation and adaptation efforts.

Efforts to protect the environment must also hold governments accountable. Researchers at Indiana University and Texas A&M found that publicly owned power plants, hospitals and water utilities were 15 percent to 20 percent more likely to have violated federal air and water standards than their private counterparts. Unsurprisingly, government entities have less of an incentive to avoid the liability and public relations mess that comes with pollution.

If America took bold, further steps toward privatization and deregulation, the United States could set a powerful example for other countries to follow. That is to say, we cannot tax and regulate our way out of pollution and climate change. The IPCC shows everything that is wrong with current environmental thinking, and embracing their “pathways” to limiting carbon would only inflict widespread suffering. But we can foster prosperity and heal the planet at the same time.