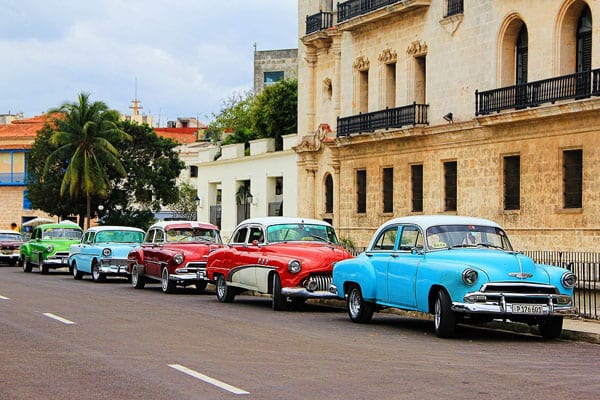 Since its formation, the Taxpayers Protection Alliance (TPA) has strongly supported the opening up of trade with other nations. Now, as TPA President David Williams visits Cuba this week, our organization seeks to highlight its support of trade liberalization with the Caribbean nation.  Our embargo against Cuba has outlived its usefulness, harming American and Cuban citizens alike. The exchange of goods and services between two nations results in less poverty for both polities, regardless of the system of government present in the countries. TPA signed onto this coalition letter, organized by Americans for Tax Reform, in support of legislation which would open up trade with Cuba. The series of bills (H.R. 442, H.R. 351, H.R. 525) discussed in the letter would respectively lift the Cuba embargo, end travel limitations for Americans, and allow Cuba to borrow funds from American institutions when purchasing agricultural products produced in the U.S.

Support Legislation to Ease the Sanctions Against Cuba

We, the undersigned free market organizations representing millions of Americans, write in strong support of easing trade restrictions with the Republic of Cuba. Representatives Crawford, Sanford, McGovern, Emmer, and Castor have all introduced legislation that would gradually remove trade barriers between the U.S. and Cuba and have significant economic benefits for America in the long-run, while opening a new pathway to effecting change in Cuba. The proposals solidify a growing agricultural trade relationship, increase the freedom of Americans to travel to Cuba, and remove the remaining constraints on private-sector industries doing business in Cuba.

H.R. 525, the Cuba Agricultural Exports Act, would remove the remaining restrictions on farm exports by allowing Cuba to access credit when purchasing agricultural products from America. H.R. 351, The Freedom to Travel to Cuba Act, restores the ability of Americans to travel to the only nation they are currently prohibited from visiting. H.R. 442, The Cuba Trade Act, lifts the rest of the embargo.

The United States prospers by engaging with the world. Access to foreign markets unleashes domestic productivity and gives workers a greater range of employment opportunities. Likewise, Americans should be allowed to travel to other nations and serve as diplomats who can spread our soft power abroad.

Scaling back the decades-long embargo with Cuba would be a needed boost to the American economy with a nation that had historically strong ties with the United States. Estimates predict that the agricultural sector alone could see $365 million in additional sales to Cuba and support 6,000 American jobs.  More importantly, by increasing trade with the United States, more and more Cubans and Cuban government officials will encounter the infectious spirit of the free market.

Establishing free trade with Cuba is not an endorsement of a communist dictatorship. Rather, restrictions on trade violate the rights of American citizens without any policy benefit.

Crucially, H.R. 442 enforces a “Prohibition On Foreign Assistance And Financing Of Trade With Cuba.—Notwithstanding any other provision of law, the United States Government may not provide any foreign assistance to Cuba or any financial assistance, loans, loan guarantees, extension of credit, or other financing for exports to Cuba.”

Violation of political rights by the Cuban government deserve strong condemnation. But today there is a glimmer of hope and an openness to new ideas.  The Cuban government has taken some steps towards supporting local entrepreneurship and attracting more U.S foreign direct investment.  Today, the sanctions are a hindrance to the opening of Cuba.  Instead of spurring change, the sanctions now provide the regime with an easy scapegoat for their own failed policies, obscuring the real source of hardship by placing blame on the United States. Gradually ending the embargo can help to dispel the fiction that America is responsible for the Cubans’ plight.

Engagement with other communist regimes has proven that American influence grows as trade develops. Countries like Vietnam, Burma, Laos and most famously China prove that previously hostile countries can move in a better direction when encouraged to trade with free nations. National security would greatly benefit from trade and travel relations with Cuba that will improve stability in the region.

Conversely, reversing the recent improvements in America-Cuba trade and travel would put thousands of U.S. jobs at risk. Your successful presidential campaign was correct in stressing the need to boost the job market; putting up more trade barriers runs counter to that goal. Congress must act to continue economic gains.

We urge you and every member of Congress to support proposals to increase travel, ease of business, and economic ties with Cuba.