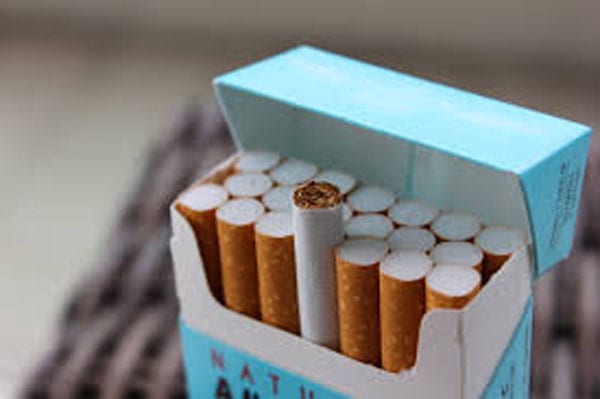 To Put A Dent In Human Trafficking, World Leaders Must Ditch Plain Packaging

This article was originally appeared in The Daily Caller on November 29, 2017

December 1, 2017 will be the five-year anniversary of mandated plain packaging of tobacco products in Australia. Despite being touted as a major victory for “public health,” the law hardly made an impact on smoking in the Down Under. In fact, according to the most recent figures, since plain packaging was introduced the number of smokers in Australia has increased for the first time in decades. And this increase was despite multiple increases in the tobacco tax as well. Lurking underneath the surface, however, are devastating unintended consequences of plain packaging that reach far beyond the Australian continent. The increase in the illicit trade of tobacco, due to plain packaging policies in Australia, the United Kingdom, France and Ireland has contributed to the astronomical rise in human trafficking in countries like the United States that don’t have plain packaging.

To the boosters of plain packaging laws, requiring standardized scary warnings on every cigarette package is a common-sense response to the public health scourge of tobacco consumption. Most cigarette users, the thinking goes, fail to thoroughly consider the consequences of their habit, and a few shocking images will help knock some sense into these derelict consumers. Former World Health Organization (WHO) Director-General Margaret Chan has claimed, “Plain packaging reduces the attractiveness of tobacco products…It kills the glamour, which is appropriate for a product that kills people.”

But advocates of plain packaging rarely acknowledge the unintended consequence of encouraging the illicit trade in tobacco products. Doing away with branding and logos, after all, means doing away with the device marks that makes counterfeiting costly. That combined with smokers’ distaste with disturbing images, fuels black market activity after plain packaging goes into effect.

Policymakers in Australia found this out the hard way in 2012, when they passed a sweeping national law forcing manufacturers to use plain packaging. According to an analysis by KPMG, illicit purchases of tobacco products climbed significantly after the law’s implementation. While illicit consumption had declined from 2.4 million kilograms to 2 million kilograms in the two-year period preceding implementation  (2010-2012), by 2014, the figure had climbed back up to 2.6 million kilograms.

While the figure has since decreased to 2.3 million kilograms, this still represents a near-decadal high in consumption. Moreover, illicit consumption as a percentage of all tobacco consumption (13.9 percent in 2016) has remained far higher post-implementation than pre-implementation.

Even worse, revenues from illicit ventures have a nasty habit of fueling things like sex trafficking. As the United Nations Office on Drugs and Crime points out, criminal syndicates ranging from the Mafia and Camorra in Europe and the Americas to the Triads and Yakuza in Asia simultaneously peddle counterfeit goods and traffic humans around the globe.

Investigators in Europe found that revenues from the sale of illegal cigarettes were directly funneled into drugs, guns and human trafficking. In one operation, law enforcement across Europe confiscated 1.5 million illegal cigarettes along with 600 kilograms of cocaine, 200 kilograms of heroin, along with 30 children who were being trafficked for the sex trade. The threat posed by the convergence of organized crime, drug trafficking and terrorism is very real.

Canada is finding this out the hard way now. Lawmakers there are currently deliberating plain packaging, even as they’re cautioned about the link between contraband cigarettes, human trafficking and illicit migration. According to Public Safety Canada, “The cycle of production, distribution, sale and end-user of contraband tobacco is a crime driven by greed and an opportunity for criminal enterprises to expand their reach.”

Given that human trafficking is the third-largest criminal endeavor in the world and cigarettes are one of the most commonly smuggled legal products in the world, it’s not surprising that there’s a substantial overlap between smugglers and traffickers. And, at a time when human trafficking is seeing dramatic year-over-year increases in the United States and elsewhere, policies encouraging illicit trade will have especially dire consequences.

That is not to say, however, that maladies like human trafficking will vanish overnight if countries like Australia and the United Kingdom nix tobacco controls. The illicit trade financing deplorable activities like trafficking and terrorism has multiple causes, including outdated drug regulations and less-than-stringent intellectual property protections. Solving these issues will take a sustained effort from multiple countries. But in stomping out counterfeiting, policymakers in Australia, the United Kingdom and other plain packaging countries must realize that their failed policies are contributing to global issues to the detriment of millions.

Lawmakers trying to “get serious” on tobacco consumption should nix regulations making it difficult to buy e-cigarettes, and related products that offer an exit ramp off of cigarette smoking. Acknowledging the unintended consequences of plain packaging won’t be easy, and will require modesty on the part of headstrong politicians. By grappling with the policy’s devastating costs, lawmakers around the globe can finally help the millions of victims without a voice.