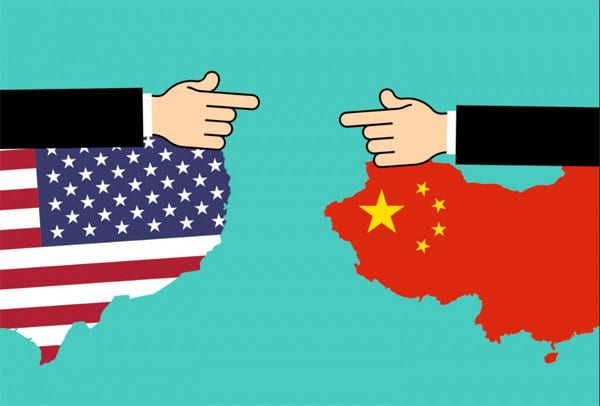 Tech Will be the Next Tariff Victim

The tech sector is the latest industry to show signs of trouble stemming from President Trump’s trade war with China.

A good deal of attention has been paid to how the President’s tariffs will hit Rust Belt manufacturers, which, paradoxically, are enjoying the benefits of the Trump administration’s tax reform of last year. The Taxpayers Protection Alliance (TPA) also highlighted how American retailer JOANN Fabric and their craft customers will be negatively affected by tariffs. In testimony given before the U.S. trade representative’s office in August, Jill Soltau, CEO of Joann Fabric and Craft Stores, “The resulting tariffs on these targeted products will cause substantial harm to our customers, our employees and the economy as a whole.”

Now, reality is setting in that Trump’s tariffs and Chinese retaliation will cause severe disruption in the tech industry.

As with other industries, American consumers will pay a high price, with established companies passing increased costs onto them. The Consumer Technology Association predicts consumers will have to pay up to $3.2 billion more in 2019 for the same electronics bought in 2018. Key products such as fitness trackers, smart appliances, and speakers will likely rise in cost by 3 to 6 percent, starving off growth in one of America’s fastest growing industries.

But consumer tech startup companies will be hit especially hard. Their business plans were built with certain assumptions in mind. Now those assumptions are being thrown out the window. Aaron Emigh, CEO smart home device maker Brilliant, told the Los Angeles Times, “There will be companies that go out of business because of this.” Proposed tariffs on connected devices, ranging from 8.5 to 22 percent, will almost certainly be met with retaliatory tariffs. China’s demonstrated willingness to go tit for tat in matching tariffs imposed by the United States will be no different in the technology sector.

Even tech giants are sounding the alarm. Apple is in no danger of going out of business because of Trump’s trade war, to be sure. But the company knows that, besides having to raise prices for key goods and services, any policy that hurts profits will hurt its stock performance. And lest you think that is strictly the concern of rich Wall Street fat cats, consider how many state pension plans and personal retirement portfolios are invested in companies like Apple. CalSTRS ( California State Teachers’ Retirement System), for instance, has more invested in Apple, Inc. shares than any other holding in its domestic equities portfolio. A decline in the fortunes of the technology sector, then, would worsen the already-chronic underfunded status of America’s second-largest public pension fund.

President Donald Trump is right to look for ways to stop Chinese cheating. But using a trade war to prove his point is a terrible mistake. America learned through the disastrous Hawley–Smoot Tariff of 1930 and the ill-fated 2002 steel tariffs pushed by the Bush Administration that import tariffs simply pile on costs for consumers and make it harder for American businesses to expand. Instead of working to raise tariffs and raise the gauntlet for foreign leaders looking to do the same, the President should be looking to deescalate the tariff war and lower prices across the board. Until this is done, American companies and American consumers will be forced to sacrifice countless technological innovations to a foolish game of chicken.