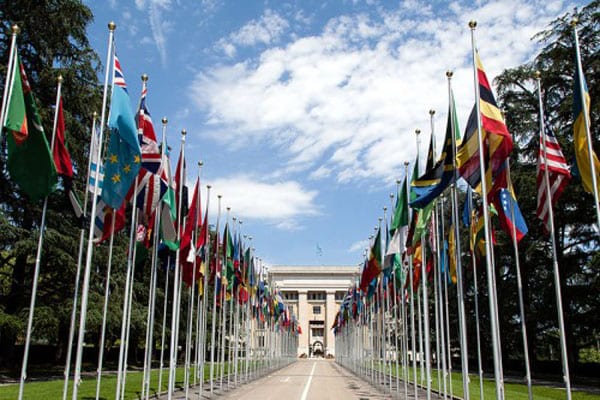 TPA President David Williams noted that, “The UN was established in 1945 to provide for an emerging global order, but has since become a bloated, ineffective bureaucracy. The organization’s lack of accountability is unacceptable, especially given that 22 percent of its funding comes from United States taxpayers.”

Williams further stated, “Since its inception, the United Nations has spent billions of dollars in global taxpayer money pushing questionable resolutions and misguided initiatives. The Trump Administration and Congress have a rare opportunity to reduce the annual $8 billion subsidy to the United Nations and push for more oversight. Attaching more strings to U.N. funding can effectively reign in an organization hostile to individual rights and sound public policy.”

The U.N. has an abysmal record on preserving press freedom, regularly blocking access to their meetings and instigating vendettas against journalists. In the first two days of the U.N.-funded World Health Organization’s 2014 Conference of the Parties Framework Convention on Tobacco Control, a tobacco control treaty, the public was ejected and the press had their event credentials revoked.  Last year, journalist Drew Johnson was forcibly removed from the 2016 Conference of the Parties meeting in India for violating the continued ban on press presence. This hostility toward journalism perpetuates a culture of secrecy, and keeps respected press freedom groups from monitoring the organization. The U.N.’s initial decision to deny consultative status to the Committee to Protect Journalists was largely the result of opposition by South Africa, China and Russia, countries with spotty press freedom records.

Williams concluded, “While the United Nations was founded with the noblest of intentions, its existence has increased global suffering and bungled taxpayer dollars. The power held by autocratic regimes in the organization prevents reform and allows dictatorships to export their press-suppression methods to global proceedings. By putting the U.N. on a tighter leash, the United States can send a message that these activities have no place in a new, genuinely conservative world order.”