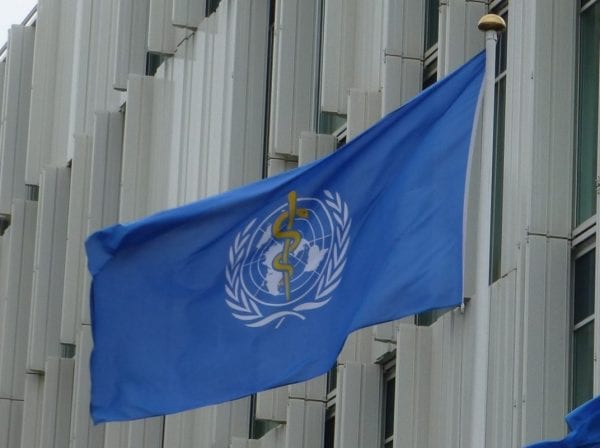 This article originally appeared in The Washington Examiner on November 1, 2016

Calling all media with an interest in healthcare policy, international relations and government accountability: The taxpayer-funded World Health Organization is holding a meeting in New Delhi next week that could have significant public policy ramifications. But you’re not invited.

Neither are members of the public who foot the bill for WHO’s activities and other critical stakeholders who provide critical insight into pressing questions on the intersection of healthcare and law enforcement. So, what gives? Why such secrecy?

It all comes back to the Framework Convention on Tobacco Control, a WHO treaty created under its United Nations authorization. By pushing for excessive levels of taxation and burdensome regulations, the FCTC’s efforts could very well give rise to organized criminal activity just as prohibition against alcohol did in the United States.

A critical turning point in FCTC history came in 2012 when it created the Protocol to Eliminate Illicit Trade in Tobacco Products (ITP). The protocol seeks to eliminate all forms of illegal trade in tobacco products, which is a tall order. Since WHO does not have any expertise in trade policy or in combatting organized crime, it’s reasonable to express skepticism that the protocol can be successful.

Roger Bate, an economist and a visiting scholar with the American Enterprise Institute, suggests that the FCTC invite industry representatives and international law enforcement professionals into the meetings to offer their perspective. Bate describes how policies crafted with the intention of limiting the harmful influences of tobacco actually drive up illegal trade.

“When you are talking about the health care actors in WHO who are working on the tobacco issue, they are driven by this immediacy to get people to stop smoking and everything is colored by that issue,” he explained.

Every two years, participating countries gather for the FCTC’s Conference of the Parties (COP). Since its inception, COP has been hostile to any press coverage, David Williams, president of the Taxpayer Protection Alliance, told me.

“The World Health Organization is one of the most secretive, unaccountable international bodies that’s ever existed,” Williams said. “It’s also a body that is taxpayer-funded, which is why taxpayers from around the world need to be concerned about how this organization operates and what it does with taxpayer money.”

The timing and location of the meeting are also cause for skepticism, Williams continued.

“The timing of this meeting can’t be a coincidence,” he said. “It’s a very cynical move to hold this meeting during the week of the presidential election when they know people will be turning their attention to the election. They obviously don’t want people to report on what’s going on and they’re also holding it in a location that’s not easily accessible to everyone.”

The U.S is the top financier of WHO, spending about $400 million annually, but it is not a party to the convention. In October, the Taxpayer Protection Alliance released a report detailing its many concerns with WHO and FCTC.

“More than 6.5 billion taxpayers in 180 countries are being forced to contribute to the World Health Organization’s (WHO) Framework Convention on Tobacco Control (FCTC), the United Nations’ tobacco control agency,” the report says.

“The WHO has been rebuked for banning journalists, malpractice, silencing stakeholders,and imposing onerous taxes and regulations on countries around the world. According to public documents, the agency is failing taxpayers around the world and harming its own effort to reduce tobacco use by operating in an offensive, reckless and financially wasteful manner.”

The report found that the FCTC spent $66,400 to host a vacation retreat for staff members and $50,000 to post updates to the agency’s social media accounts. Furthermore, a shocking 79 percent of FCTC member nations owed outstanding voluntary assessed contribution taxes.

Since WHO has now started the process for electing a new director-general for 2017, there’s an opening for member nations to apply the necessary pressure needed to break open an elusive U.N. body. After all, it’s their money.