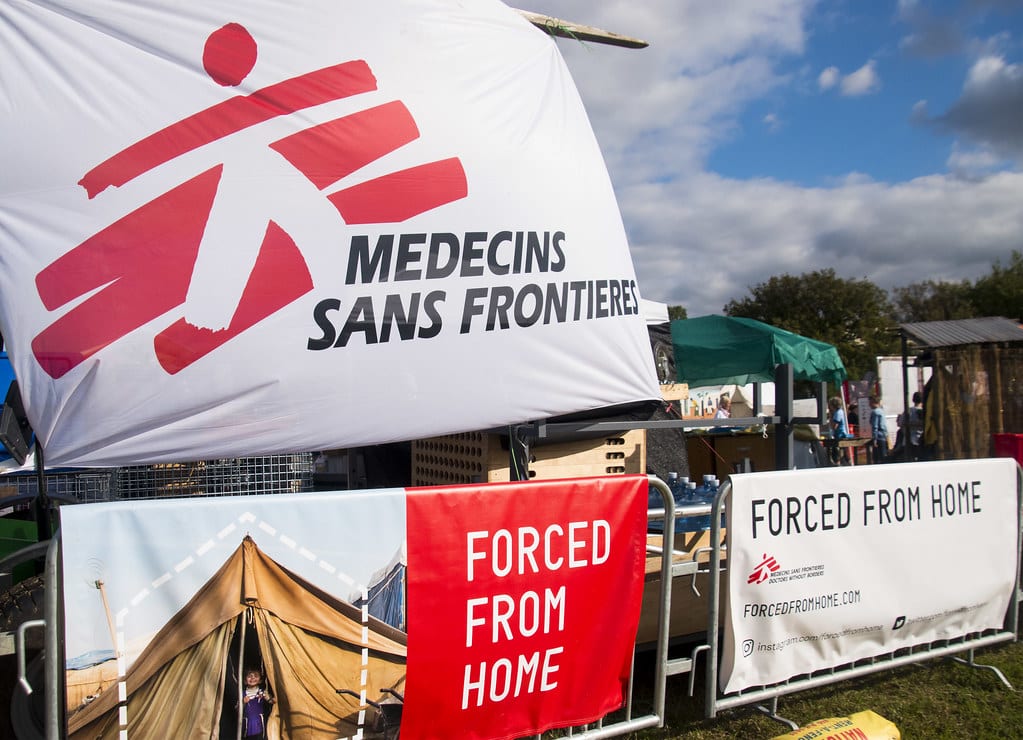 Profile in Courage: Médecins Sans Frontières aka Doctors Without Borders

Since the start of the Coronavirus crisis, it’s been difficult for taxpayers and patients to place their faith in self-styled “public health organizations.” The World Health Organization (WHO), which receives roughly half a billion dollars each year from U.S. taxpayers, has proven far more willing to coddle dictators and arbitrarily exclude countries than help Coronavirus patients. Fortunately, other international health organizations are heeding the call and working on a shoestring budget to keep the pandemic under control. In particular, Médecins Sans Frontières (MSF), aka Doctors Without Borders, is running critical healthcare programs in more than seventy countries from the U.S. to Yemen. MSF deserves a Profile in Courage for their outstanding work and serving as a North Star for certain other “public health” organizations that desperately need to clean up their act.

In the month or so since America’s governors issued “stay-at-home” orders, millions of Americans have lived through loss, stress, and insecurity not seen in more than a hundred years. It’s hard to imagine what coping with the pandemic would be like in the absence of food, lodging, medical supplies, and an internet connection. Yet, billions of people the world over are facing this severe depravity at the worst possible time. MSF describes the situation in conflict-ridden Burkina Faso: “Picture being forced to flee your home as armed conflict ravages your once relatively peaceful country. Last year’s harvests were poor and you’re already weak and vulnerable – but the annual food shortage season is still to come. It’s nearly impossible to see a doctor, with health centres closing due to the ongoing insecurity, and now there’s a deadly and highly contagious virus sweeping the world and crippling even the most advanced health systems.”

Fortunately, the organization has been providing relief in the war-torn African nation since 1995 (with a brief hiatus from 2015 to 2017), delivering medical aid via mobile clinics, running preventative programs, training community health workers, and distributing drinking water. MSF also has an active presence in Yemen, where beleaguered residents must deal with famine, flood, and constant bombardment by Saudi Arabia. Even after MSF was forced to suspend activities in certain areas in Yemen in 2018 in response to escalating attacks, MSF continued to care for displaced families that lacked healthcare access and didn’t even have soap or running water. In addition, the organization has treated thousands of cases of cholera in the country while having to pivot to Coronavirus.

Along the way, unfortunately, MSF has had to deal with uncooperative partners – including the WHO. For example, in 2019, MSF found that the WHO was unnecessarily rationing Ebola vaccine in the Democratic Republic of Congo. The withheld vaccine could have inoculated 2,500 Congolese residents per day, but the WHO failed to satisfactorily explain why it was rationing the critical supplies. MSF emergency coordinator described the situation as similar to, “giving firefighters a bucket of water to put out a fire, but only allowing them to use one cup of water a day.” Nor has the WHO explained why its annual budget per employee is astronomically higher than the budgets of organizations such as MSF.

Depending on the year, WHO spends $25,000 to $30,000 on travel per employee, compared to around $500 per MSF employee. Shifting funding away from the WHO and toward organizations such as MSF would prove a far better use of taxpayer dollars and lead to more lives saved per dollar spent.

Fortunately, President Trump’s announcement that the U.S. is halting funding for the WHO provides an opportunity to shift these funds around and more adequately fund MSF’s mission. But until then, the least we can do is recognize Doctors Without Borders’ many achievements and award them a Profile in Courage.