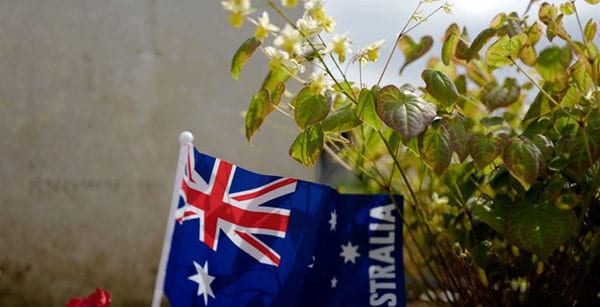 In the Land Down Under, Pro-Liberty Activists Pave the Way Forward

This article was originally published on Townhall.com on May 30, 2019.

There are many reasons to take the nearly-24 hour trip to Australia, including seeing kangaroos, going surfing, and/or exploring the Outback (the region, not the restaurant). My experience was undoubtedly a bit out of the norm, as I traveled to the land “Down Under” on May 17 to attend the 17th World Taxpayers’ Conference (combined with the 7th Annual Friedman Conference) in Sydney. Through attending this perfectly-executed conference, I got a rare opportunity to see liberty from a global perspective and ask participants from around the world about the struggles and challenges they face at home.

When trying to deal with the constant encroachment of big government into our lives, it’s easy for American pro-liberty activists to assume that their challenges are unique to the rest of the world. We don’t often hear, for instance, about threats to free speech ruminating on foreign college campuses. But, speaking to Australian conference attendees, I learned that many of the issues we face in the “States” on a daily basis are similar to the issues encountered across the Westosphere. The Australian Institute for Public Affairs (IPA) has documented numerous threats to free speech, finding that as of 2018, “University policies prohibit a wide variety of speech, including ‘insulting’ and ‘unwelcome’ comments, ‘offensive’ language, and, in some cases, ‘sarcasm’.” Sound familiar?

And whether in America, Australia, or anywhere else, keeping “alternative” points of view out of official, government-funded institutions makes it harder for activists to present their case fairly to the public. Walking around the city and seeing flyers everywhere for symposiums and rallies, I noticed that one theme repeatedly emerged: the re-election of Prime Minister Scott Morrison heralded doom for the environment, workers, and, well, everything else.

Ecological catastrophe is at hand, all because the Prime Minister is critical of pro- “green” policies that cause consumers and taxpayers to pay for ridiculous schemes that cause electricity prices to skyrocket. Under his continued leadership, the alarmists warned that Australia will cease making future contributions to the “Green Climate Fund,” which is little more than a grab-bag for dictators not exactly keen on making the world a better place. Funding to Zambia, for instance, has bolstered the Industrial Development Corporation (IDC) whose members falsified legal papers and were involved in illegal syndicate activities across the globe. President Trump similarly balked at this charade, wisely refusing to continue American funding to the Green Climate Fund.

While preparing for a speech on environmental regulation and international governance, I discovered that the U.S. has much to learn from Australia. In 2018, the Australian government examined the evidence and concluded that silicone, a substance in a wide variety of products we rely on on a daily basis (i.e. airbags, bandages, medical scanning devices) poses little harm to environmental or human health and should therefore not be restricted. Compare this approach to dithering by the U.S Environmental Protection Agency and states, which have relied on needless restrictions and expensive, duplicative data gathering despite real-world data already confirming the safety of these products.

Virtually every country that sent participants to the conference had fascinating stories from their region and case studies that we could all stand to learn from. Gia Jandieri from the New Economic School in the Republic of Georgia pointed to recent policies from his home country that have helped Georgia turn around after a long, disastrous bout of communism under the thumb of the Soviet Union.

But no matter the type of government in power in their country, each attendee pointed out areas where things could stand improvement. This is important, even to American and Australian freedom fighters that have seen administrations devoted to tax reform and deregulation. Once activists and policymakers grow complacent, government growth and the corresponding erosion of our liberties becomes far too easy. But by continuing to attend the World Taxpayers’ Conference each year, pro-liberty groups and individuals show that they are determined as ever to roll back the state and fight for freedom across their lands. I saw that spark at the conference and look forward to seeing it glow even brighter in future years.