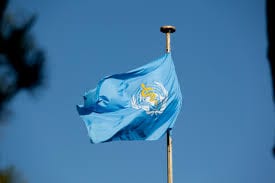 WASHINGTON, D.C. –  Today, a coalition of 15 taxpayer and consumer groups urged Congress to support President Trump’s decision to hold an immediate investigation into the World Health Organization (WHO) and launch their own inquiry. Pending the results of the investigation, the coalition called on all lawmakers to cease funding the failed bureaucracy and instead work closely with the private sector to advance the public health priorities neglected by the WHO.  The WHO has come under significant international scrutiny in recent weeks for chronically mismanaging the Covid-19 response and promoting misinformation spread by the Chinese Communist Party. U.S. taxpayers have contributed more than $3.5 billion to the WHO since 2010.

Members of the coalition assailed the WHO’s failed track-record in protecting Coronavirus patients and called for increased transparency and accountability.

“The WHO is directly responsible for the severity and magnitude of this pandemic, having simply repeated Chinese Communist Party propaganda while the regime covered up Coronavirus cases and cracked down on brave doctors sounding the alarm. WHO Director-General Dr. Tedros Adhanom Ghebreyesus even praised ruthless Chinese President Xi Jinping for his ‘transparency’ and ‘political leadership’ while his subordinates arrested whistleblower doctors and forced them to retract their warnings about COVID-19 . This is simply the latest in a long string of scandals, failures, and mismanagement in a crisis-prone organization dedicated only to supporting dictatorships and funding luxury travel for its bureaucrats. An investigation is desperately needed to ensure that taxpayer dollars are used to promote public health instead of bolstering ruthless regimes and funding luxury accommodations.” – Tim Andrews, Executive Director, Taxpayers Protection Alliance

“It is important that we investigate the shortcomings of the WHO. This coalition letter demonstrates how many civil society groups are shocked about the WHO’s repeat mistakes in handling public health threats such as Ebola or COVID-19. Public Health should not be in the hands of an inefficient organization, funded by liberal democracies but controlled by authoritarian countries such as Communist China.” – Frederick Roeder, Managing Director, Consumer Choice Center

“When the federal government gives money to the ‘World Health Organization’ (WHO), it first takes that money away from Americans who earned it. To protect American taxpayers, our government should demand that WHO spending and decision making be completely transparent. No transparency, no money.” – Grover Norquist, President, Americans For Tax Reform

“The WHO has morphed from a costly irrelevant bureaucracy into a self-serving organization that actually puts lives at risk.” – Dan Mitchell, Chairman, Center for Freedom and Prosperity