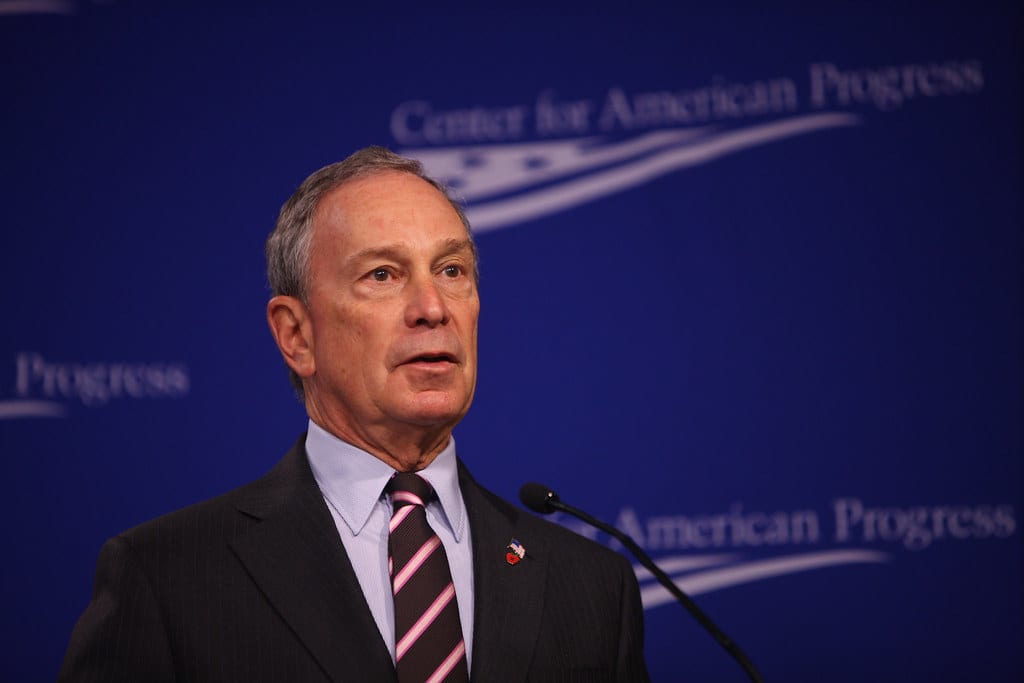 Bloomberg Just Another Also-Ran with Fat Wallet and Bad Ideas

This article originally appeared on Townhall.com on December 18, 2019.

Here we go again: another billionaire iconoclast kickstarts a presidential campaign, saturating major markets with advertising. Known for funding campaigns for higher energy costs and costly climate crusades, contestant #293291 (approximately) for the Democratic nomination is former New York mayor and anti-harm reduction crusader Michael Bloomberg. And like the vast majority of mega-rich candidates of elections past, he will almost certainly lose by a landslide. But, if Bloomberg manages to beat the odds and win the Democratic primary, it will not be because of the hundreds of millions of dollars he’s spending on advertisements. Billionaires win elections just as the other candidates do, by convincing voters that the government will work for Americans instead of driving up their cost of living.

Perhaps the former New York mayor sees himself as a latter-day Donald Trump, a billionaire with little or no national political experience but nonetheless capable of spending his way into the Oval Office. But Trump proved an exception to a general rule that the mega-rich don’t fare particularly well in presidential contests. Deceased oil tycoon Ross Perot was the first such candidate in modern memory to run for the White House, contributing more money from his own wallet than Democratic and Republican candidates were able to raise from outside donors. Yet, in part due to his campaign’s bizarre antics and the persistence of the two parties’ brands, Perot didn’t manage to win a single state. Affluent publisher and editor Steve Forbes threw his hat into the ring for the 1996 and 2000 Republican primaries. But, despite the tens of millions of dollars invested and admirable liberty-minded message, his campaigning style was no match for experienced politicians such as then-Senator Bob Dole and then-Texas Governor George W. Bush.

Fast forward to the 2012 election when candidate (and former Utah governor) Jon Huntsman Jr. reported a net worth in the tens of millions of dollars (small change in comparison to his father’s billions). Despite his and his family’s best efforts, Huntsman’s rhetoric (perceived as moderate and bland) just couldn’t “buy” him any traction. Huntsman lost the primary process in a landslide to former Massachusetts governor and now-Senator Mitt Romney, whose purse was large even as it paled in comparison to the Huntsman family fortune. Yet he in turn was no match for President Obama’s sheer force of personality, clout with celebrities, and darling status in the media.

But some of Sen. Romney’s largest wounds were self-inflicted. When the nominee suggested in a leaked video that half the country was too dependent on government support to ever vote for him, he gave the impression that he was writing off millions of Americans he was vying to represent as President of the United States. That perception makes it hard to win, no matter the wealth of the candidate. And it will surely dog Michael Bloomberg, whose funding endeavors have put him at odds with the aspirations of millions of working-class Americans.

Bloomberg has committed $160 million from his coffers to fund vaping prohibition efforts, despite e-cigarettes being 95 percent safer than combustible cigarettes according to prestigious international health bodies such as Public Health England. The billionaire also gives generously to left-leaning organizations that advocate for carbon taxation and greater “green” regulation, including the League of Conservation Voters and America’s Pledge.

Yet, Bloomberg believes that with enough of an investment, a message of higher prices at the pump and less reduced-risk options for smokers will somehow translate to electoral success. He clearly hasn’t learned from the losses of his affluent forerunners and will surely have a lot of explaining to do to millions of moderate Democratic voters not sold on radical, costly progressive ideas such as the Green New Deal or his “Beyond Carbon” doppelganger.

One percenters and “one centers” must relate to voters and craft a compelling image of America in order to have a chance in 2020 and beyond. Without changing course, Bloomberg will become yet another also-ran candidate with a large wallet and bankrupt(ing) ideas.