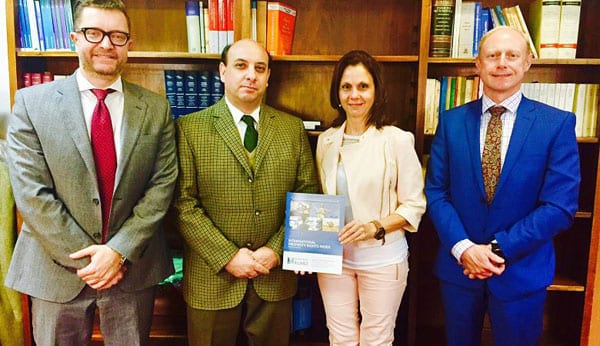 This post appeared on the Property Rights Alliance blog on July 13, 2017.

Today the 2017 International Property Rights Index was released. This yearly publication of the Property Rights Alliance provides a measurement and comparison of the strength of property rights protection in 127 countries around the world, covering 93% of world population and 98% of the world GDP. Looking at Physical Property Rights, Intellectual Property Rights, and the Legal and Political Environment, the Index grades each nation on a scale of 0 to 10, where 10 is the highest value and 0 the lowest.

The Property Rights Alliance firmly believes, as this index shows, that strong property rights protection goes hand-in-hand with prosperity and innovation. A well-defined, well-defended property rights system allows people to obtain the full value of their work, and allows them to bring out this wealth in the market economy.

This year there was an overall improvement in all scores. New Zealand leads the world with an overall score of 8.63, while Yemen ranks the lowest. The lower-ranking nations tended to score worst in the Legal and Political Environment category, while the higher ranking nations tended to score best in the same category, indicating it is of particular import.

The 2017 report also compares several different correlations to the IPRI, adding a liberty dimension this year. Most correlations found were significant and robust. For example, GDP per capita, once adjusted by the GINI coefficient to account for dispersion, had a correlation coefficient of 0.839. The IPRI has strong, positive correlations to positive economic outcomes, liberties, social capital, human capabilities, research and investment, and ecological performance.