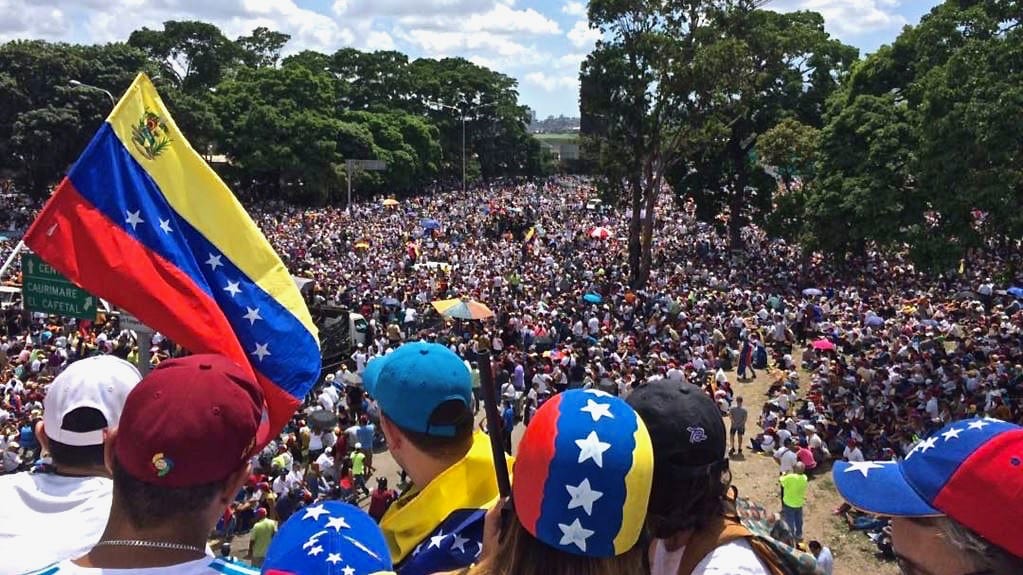 US Must Stand for Property Rights in Venezuela

This article was originally published in Townhall.com on September 16, 2019.

It’s neither a surprise nor coincidence that the most prosperous and pleasant countries around the world have robust systems for protecting private property rights. When companies constantly must look over their shoulders for fear of the government seizing what they own, they invest and hire less in that country. Venezuela has learned this the hard way over the past two decades as successive socialist leaders have used companies as their piggy bank to fund their bankrupt pipedreams, destroying the once prosperous country in the process. Now, the Trump administration has it within their power to reverse this sorry slide in property rights by allowing mining company Crystallex to reclaim what is theirs from the Venezuelan government. Specifically, the administration must reject requests from Venezuela for the U.S. to issue an Executive Order essentially letting the country off the hook for debts that it owes. The stakes cannot be higher, as millions of lives depend on Venezuela turning the page on a terrible chapter in its history.

Every day in the news, Americans hear about the latest victims of the brutal regime which is desperately clinging on to power in Venezuela. But things didn’t always look this bad…. from the outside, at least. Ten years ago, late Venezuelan President Hugo Chavez presided over a government with surging revenues thanks to historically high oil prices. This illusory boom, however, couldn’t last forever and changing global dynamics and incompetent leadership portended a sharp decline in oil production and revenue.

Desperate to keep the “good” times rolling, President Chavez announced the seizure of Crystallex, which at the time had rights to operate out of the lucrative Las Cristinas goldmine. The mining company thought at the time that things were on the upswing in Venezuela, and eagerly invested hundreds of millions of dollars in the country. Investors’ hard-earned holdings were dissolved in an instant, as President Chavez proclaimed that the mine now belonged to the state.

Fortunately, Crystallex had recourse in international courts. In 2016, the business won a favorable judgment from the World Bank’s international arbitration facility in Washington, and it seemed at the time that Crystallex would be getting their resources back. The World Bank ruled that the company was owed its investment plus interest, valued by the arbiter at $1.4 billion. But Chavez’s successor, President Nicolas Maduro, had no intention of righting the wrongs of its predecessor, especially as his country’s economy rapidly deteriorated.

Now it’s 2019, and the bulk of the money owed to Crystallex is still nowhere to be seen. But despotic regimes not compensating their victims is hardly unusual, and more courts have devised ways for reclaiming stolen money owed by a regime unwilling to follow the rule of law. One such method lies with reclaiming funds from the lucrative overseas holdings of despotic governments, often worth billions of dollars. Venezuela’s state-owned oil company CITGO is a textbook example of a valuable enterprise with nearly $10 billion tied up in the U.S. Through the American federal court system, Crystallex was able to obtain a lien on the government-run enterprise to get their money back.

There’s just one catch:  rightful leader of the country Juan Guaidó (whom the Maduro regime refuses to recognize as president) is lobbying the Trump Administration to issue an Executive Order that would shield the country from debts that it occurred through its seizure of private property. While Guaidó is reasonably concerned about his nation’s future, CITGO’s payment of Crystallex needn’t mean the demise of that company. Policymakers have suggested that Venezuela’s oil giant pay Crystallex gradually, which would result in a fair outcome that doesn’t punish Venezuela.

Notwithstanding the details, there must be a just resolution in this case that does not involve an anti-property rights Executive Order. Venezuela’s failure to repay Crystallex will result in a disturbing precedent where property rights are wantonly trampled on without any recourse. For the sake of property owners all over the world, the Trump administration must stand for freedom and let a victimized business claim its due.