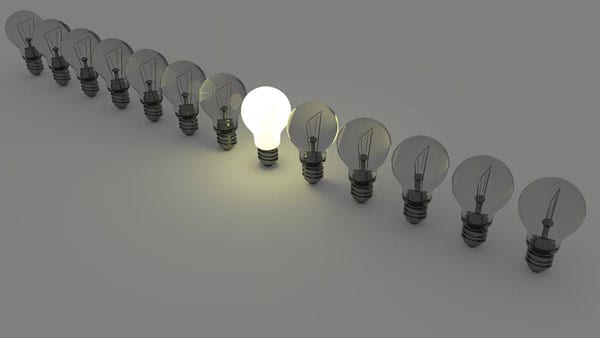 The Taxpayers Protection Alliance (TPA) is committed to strengthening protections on intellectual property domestically and abroad. For this reason, TPA and other groups urge President Trump to nominate Phil Johnson for the position of U.S. Patent and Trademark Office (USPTO) Director. The USPTO needs a strong leader who can restore the American system of IP, while encouraging investment, and protecting America’s innovators in the U.S. and beyond. The Director of the USPTO is responsible for advising the President and Administration on IP matters, developing positions on domestic and international IP issues, promoting strong IP policies globally, and working to prevent IP theft domestically and abroad. No one is better suited for that role than Phil Johnson.

The undersigned would like to express our strong support for Phil Johnson to lead the U.S. Patent and Trademark Office (USPTO). We believe the people of the United States will benefit from Mr. Johnson’s incomparable experience and knowledge, as well as his thoughtful, evenhanded approach to the important issue facing the USPTO.

America’s founders created a system of intellectual property (IP) rights that rewarded innovation and encouraged the sharing of technological breakthroughs. That IP system is why the United States is the world’s leader in science and technology. The American economy relies on the inventors, artists and innovators empowered by IP rights.

Unfortunately, those IP protections are under attack. Increasingly unclear and frail IP rules make it difficult to determine what is allowed to be patented and painfully difficult to protect patents against infringement. As a result, some of our most innovative minds are fleeing to countries that better protect intellectual property.

Robust intellectual property rights are vital to attract investment, generate jobs in manufacturing and R&D, and help to level the playing field for American companies. Without a strong IP system, America is destined to lag behind other countries.

The USPTO needs a strong leader who can restore the American system of IP, while encouraging investment, and protecting America’s innovators in the U.S. and beyond. No one is better suited for that role than Phil Johnson.

Mr. Johnson recently retired from Johnson & Johnson where he served as Senior Vice President and Chief Intellectual Property Counsel, then Senior Vice President for Intellectual Property Policy & Strategy. While at Johnson & Johnson, he managed more than 100 patent and trademark attorneys around the world. Prior to his 17 years at the innovative medical device and pharmaceutical company, the Harvard-educated attorney spent 27 years in private practice, counseling business, universities, startups, and inventors in all aspects of intellectual property law.

In June, he was inducted into the International IP Hall of Fame, sharing the distinction with such luminaries as Thomas Edison, Nikola Tesla, Victor Hugo, and Thomas Jefferson.

Mr. Johnson is also greatly respected on Capitol Hill where he served as a member of Chief Judge Michel’s Advisory Council on Patent Reform, and was recognized in the Congressional Record as a member of the Minority Whip Jon Kyl’s “Kitchen Cabinet” for the America Invents Act. He regularly testifies before both the House and Senate Judiciary Committees about issues such as patent law reform and abusive patent litigation.

The Director of the USPTO is responsible for advising you and your administration on IP matters, developing your administration’s positions on domestic and international IP issues, promoting strong IP policies globally, and working to prevent IP theft domestically and abroad – all while overseeing $3 billion agency with more than 10,000 employees responsible for administering patents and trademarks.

Mr. Johnson will capably handle those weighty tasks while improving IP protections for the next generation of American innovators.

We encourage you to nominate Phil Johnson as Undersecretary of Commerce for Intellectual Property and Director of United States Patent & Trademark Office.