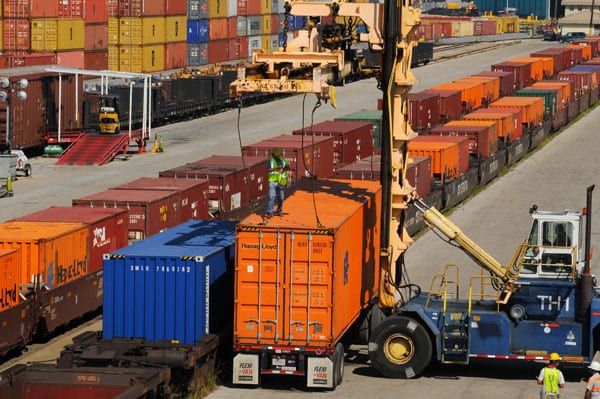 The United States has been a stalwart, albeit imperfect, defender of intellectual property (IP) rights over the past few decades, ensuring that innovators have the right incentives to develop novel products and techniques The United States’ embrace of trade agreements with the rest of the world, though, means that enforcing IP is as difficult as ever. If US companies are unconvinced that foreign trade partners will honor patent or trademark rights, millions of dollars in potential transactions will go unpursued. The Global IP Center’s hallmark report on trade and IP gauges this problem via four case studies: Australia, Korea, Chile, and Canada. While the US has little issue cooperating with Australia and Korea on IP issues, the same cannot be said for Chile and Canada.

In Chile, “industry groups have reported that enforcing intellectual property rights in Chile is hindered by procedural obstacles, delays, and a lack of judicial capacity regarding complex intellectual property matters.” While these issues considerably complicate trading prospects with the South American country, they are not unexpected. Chile has languished under a Socialist government for seven out of the past eleven years, with the current Chilean President ambivalent about patent protection.

The same, however, cannot be said for Canada. While the US and Canada are often on the same page when it comes to the enforcement of property rights, this synergy disintegrated in 2005 when “Canada began applying a burdensome and unpredictable utility standard that has led to the revocation of patents found useful in jurisdictions around the world.”

The Canadian government believes itself capable of determining the case-by-case “utility” of upholding patents and copyrights, despite public choice research casting doubt on that claim. Bureaucrats are unsurprisingly risk-adverse and make decisions based on seen benefits even if unseen costs are higher. In the case of IP enforcement, disallowing a patent may bring lower prices in the near-term, at the longer-run expense of discouraging innovation. Incurring these “invisible” costs of lower innovation will not cost bureaucrats their jobs or reputation, leading to officials weakening IP enforcement for temporarily lower prices. But even though IP’s benefits aren’t immediately obvious, patent protection is key to a thriving economy.

Previous studies have shown, for instance, that higher IP protection scores are strongly correlated with higher investment and research levels. Countries totaling above the median IP aggregate score are 45 percent more likely to attract venture capital and private equity funds and 40 percent more likely to attract private investment in R&D. While reverse causation can’t be ruled out, other studies point to IP protection as the driver of capital flows.  These increased capital flows in turn mean more tax revenue and less excuse to raise taxes.

New research demonstrates that, of various government measures to foster innovation, only patent protection and basic financial market rules seem to do the trick. These measures are found to be superior to “traditional tax subsides at promoting the innovative investments that drive economic growth.” Additionally, prominent British biochemist Terence Kealey notes that there is little correlation between levels of public R&D investment and economic growth. Despite all the criticism of IP enforcement, propertarian rules cannot be effectively replaced by government intervention.

Nor can the issue of intellectual property protection be placed in a vacuum. Since IP is such a large driver of growth, the US government derives a hefty share of yearly tax revenue from enforcing it. While direct estimates are few and far between, the US Patent and Trademark Officer (USPTO) keeps yearly estimates of employment and wages in IP-intensive industries. Assuming the latest (2014) estimate of 27.9 million direct jobs and a median yearly wage of IP-intensive workers ($68,000), the federal government pulls in more than $72 billion in income taxes each year due to IP enforcement. And since corporations derive $115 billion a year in IP-specific licensing revenue, resulting corporate tax revenues amount to $30 billion each year. Intellectual property is a windfall for the US, adding more than $100 billion to federal coffers each year. Given such a large figure, even slight cracks in enforcement can cost taxpayers dearly. U.S. businesses lose around 10 percent of revenue to online counterfeit sales, resulting in billions of dollars in foregone tax revenue each year.

Allowing these cracks to seep in via weak free trade agreements would hinder innovation in growth for all countries involved. The United States ought to insist on strict IP enforcement in future agreements, and insist on unwavering enforcement for current partners like Chile and Canada. In an age of middling growth, the United States cannot afford to ignore intellectual property and put innovation on the back burner.