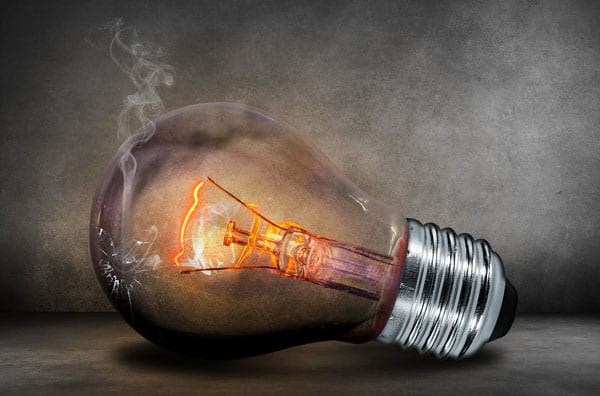 For this edition of Summer Readings, the Taxpayers Protection Alliance (TPA) suggests that lawmakers hone in on the issue that touches all other issues, intellectual property (IP). The right to ideas can encompass a variety of forms, from patents to trademarks to copyrights.  The Founding Fathers recognized the importance of protecting IP and we urge Congress to follow in their footsteps. IP remains critical to boosting economic growth, and with more than 40 million jobs in the United States directly and indirectly attributable to IP intensive industries, policymakers must take this issue seriously. The recent NAFTA discussions demonstrate that protecting IP is far more than just a domestic concern for Congress and the President.

IP has proven invaluable in motivating entrepreneurs and businesses to keep doing what they do best, creating innovations that benefit billions of people across the globe. While the United States has long been number one on the US Chamber of Commerce’s Global Intellectual Property Center’s (GIPC) annual rankings, faulty legislation and legal rulings has threatened IP rights for everybody.

The first major blow happened in 2011 with the passage and enactment of the America Invents Act. Former Heritage Foundation scholar explained that this change systematically weakened protections by undermining due process rights for IP holders:

“the America Invents Act of 2011 established a Patent Trial and Appeals Board [PTAB] within the Patent and Trademark Office to review already-issued patents at the request of third parties. Patent experts note that this Board has wreaked havoc, striking down the vast majority of patent claims it considers in a way that undermines fundamental due process rights of patent holders.

By eliminating numerous statutorily protected patents, the Board review makes patents less valuable. Investors will be less willing to invest in new patents covering groundbreaking inventions if there is a good chance that copycats seeking a “free ride” on these innovations can get the Board to kill the patent rights.”

PTAB’s hostility to the protection of patents, copyrights, and trademarks has led to a system that IP owners say is unfair and stacked against them. But PTAB repeatedly claims that it presides over an impartial process with high win rates for IP holders targeted by petitioners. IP CloseUp contributor Bruce Berman analyzed “fairness” data from the Board and other observers, and found that PTAB is not nearly as friendly to IP holders as it claims to be:

“Potential licensees/defendants will go to lengths to “kill” a patent to avoid paying a license or being dragged into court, including teaming on multiple petitions. Repeat IPRs are an efficient way to make a potential infringement suit or royalty payment disappear for multiple parties.

‘The statistics that show that the PTAB is becoming fairer for patent holders do not tell the full story,’ a prominent NPE told IP CloseUp. ‘IPRs are frequently unfair fights between several, well-funded petitioners and a single patent owner who has to run the gauntlet, repeatedly.  Surviving an IPR doesn’t mean anything if subsequent challenges can be filed at any time, especially in coordinated fashion.’

The struggle to protect IP extends far beyond America. When negotiating trade deals such as the North American Free Trade Agreement (NAFTA), America has striven to include protections for IP. Creating a unified trade zone across the United States, Canada, and Mexico has proven a stellar idea, creating millions of jobs and lowering costs for consumers across the region. Yet weakening IP protections could make for a bumpier trade/investment experience for American companies, threatening the progress achieved over the past twenty-four years. Peter Pitts, president of the Center for Medicine in the Public Interest, argued in March that Canada’s IP protection system leaves little to be desired:

“Our northern neighbor imposes price controls on drugs. Because of these artificial price caps, Canadians spend up to 55 percent less on pharmaceuticals than Americans. That’s unfair — especially when you consider that the average Canadian’s family income is slightly above the average American’s. The Canadian price caps eat into companies’ research and development capabilities and shift more of the costs onto American consumers, who pay more as a result.

As the United States continues to negotiate trade deals, its crucial that IP protections are at the front and center of agreements. But the hard work of enforcement doesn’t end with getting trading partners on board. As new technologies develop, America and her allies will need to understand how to adapt the IP system to a brave new world of gene editing technologies and pharmaceutical development at the International Space Station. TPA policy director Ross Marchand recently described how next-generation technologies requires a thorough assessment of IP protection:

“The scientific discovery process is gradual and step-wise, with small discoveries found along the way by different companies and organizations. The PTO has already issued more than 60 patents on minor scientific advances related to CRISPR [gene editing technology] , further infringing on the rights of the original discoverers of the technology [UC Berkeley]. And this presents a large problem for intellectual property- by constantly minimizing the value of original breakthroughs, the government is diminishing incentives for innovation. With an avalanche of narrow patents being issued, pharmaceutical companies will have a difficult time getting the various permissions to move forward with their products.

In solving this issue, stronger IP protection by the federal government is key. If PTAB had similar safeguards to District Courts in protecting patents and ensuring due process, then innovation would have a green light to flourish. Technologies like CRISPR can save millions of lives, but only if elected officials craft the right systems with the right incentives in place.”

Clearly, IP protection will be crucial to future innovation that will define America for generations to come. Hopefully, then, lawmakers can take the initiative and restore American leadership on the protection of ideas, after finishing their summer assignments, of course.