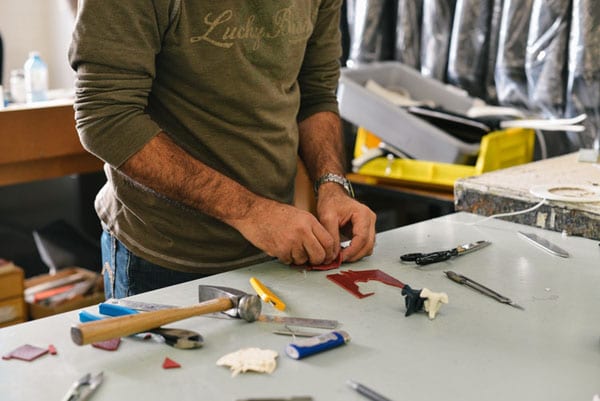 The United States is known throughout the world as a stalwart defender of intellectual property (IP), a reputation that dates back to the founding of the country. But death comes by a thousand cuts, and a critical mass of misguided laws and flawed court rulings are sidelining America’s secret weapon. The United States (U.S.) Chamber of Commerce’s Global Intellectual Property Center (GIPC) 2018 country-by-country intellectual property rankings put the U.S. in twelfth place for patent protection, continuing a multi-year trend of declining standing. While there’s no surefire remedy to bring America to the top of the list, the STRONGER Patents Act, sponsored by U.S. Senators Tom Cotton (R- Ark.), Chris Coons (D-Del.), Dick Durbin (D-Ill.), and Mazie Hirono (D-Haw.) would at least stem the bleeding. Consumers and taxpayers alike stand to save billions by shoring up intellectual property protections.

In gauging the depth of the problem, it’s important to keep inventory on IP protections currently in place. Currently, U.S. software manufacturers and biopharmacy developers face a fairly predictable process in procuring patents, but there’s been increasing uncertainty in some areas of the law. In the landmark Supreme Court case Alice Corporation Pty. Ltd. v. CLS Bank International, et al. (2014), the Court unanimously ruled that certain “abstract” ideas were unpatentable. While the patent in question proved too vague in providing specific steps/methods to merit protection, the precedent created by the case proved troublesome. Courts proved quick to the trigger in axing patents containing mathematical formulas, and promising, specific algorithms were struck down as too abstract.  In 2016, for instance, the Central District of California axed a patent on an algorithm for “deriving pixel color using steradians,” since the method described could be done in the human mind alone.

This judicial overreaction has somewhat reversed.  More recent court cases like Aatrix Software, Inc. v. Green Shades Software, Inc. (2018) and Berkheimer v. HP Inc., (2018) make it significantly more difficult for district courts to invalidate patents without a trial. But even if the judicial bar continues to be raised, there remains one gaping hole in the system that provides a windfall for infringers across the country. The Patent Trial and Appeal Board (PTAB), created by the America Invents Act (AIA) of 2011, emboldens third parties to invalidate business method patents via an administrative process. As Heritage Foundation scholar Alden Abbott and others have pointed out, patent invalidation rates in these hearings are far higher than traditional patent reversal rates by courts.

Opponents of stringent IP laws claim that patent, copyright, and trademark protections diminish competition by allowing legally-savvy companies to shield themselves from legitimate competitors. But this characterization could not be further from the truth. Uncertainty in IP protection harms American innovation and acts as an implicit tax on American businesses. Research demonstrates that, of various government measures to foster innovation, only patent protection and basic financial market rules are effective.

The U.S. can certainly do better than a number 12 spot in patent protection. Ascending the rankings, however, will require a multi-pronged approach across branches of government. By passing the STRONGER Patents Act, Congress can increase due process on the Patent Trials and Appeals Board, and restore injunctions as the primary method to fend off patent infringement. Additionally, the proposed legislation would count down on repeated and frivolous attacks on patents by limiting PTAB reviews to one per claim of a patent. The Taxpayers Protection Alliance (TPA) signed a coalition letter spearheaded by the Center for Individual Freedom supporting this vital legislation that will “provide relief and support to American creators and innovators by restoring the historic strength of the U.S. patent system.”

To complement legislative action, judges ought to view intellectual property as an incubator to innovation and progress, rather than legal litter to be disregarded without a thorough, proper hearing. Finally, the Trump Administration must ensure that antitrust enforcement is curtailed to allow businesses to fully benefit from gains garnered by intellectual property.

With this coordinated effort, America can continue to be a springboard for valuable innovations that bring in billions of dollars to the U.S. economy.