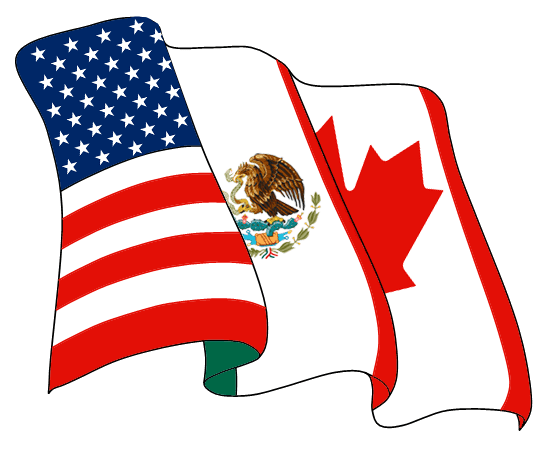 This article originally appeared in Economics21 on May 23, 2018

The North American Free Trade Agreement may soon be in for an update, as the United States, Mexico, and Canada seek to revise the treaty. One important area needing more attention from negotiators is intellectual property (IP) protection for companies doing business up and down the continent.

Since the inauguration of President Trump, officials from the three participating countries have come to the table to engineer a new set of rules amenable to businesses, workers, and consumers. Topics discussed touch on a wide array of issues, ranging from de minimis thresholds to rules of origin to arbitration systems.

Despite the paucity of interest from officials and lawmakers, shoring up international IP cooperation is vital for consumers and taxpayers. Ignoring patent, trademark, and copyright protection would lead to less innovation and open the door to higher government spending.

Some important factors driving prosperity and innovation include education, culture, and tax rates. In addition, the logging and protection of ideas has been shown to be one of the most powerful predictors of national success.

The U.S. Chamber of Commerce’s 2018 International IP Index suggests that higher IP protection scores are associated with greater investment and research levels. Countries totaling above the median IP aggregate score in the Index are 42 percent more likely to attract venture capital and private equity funds and 36 percent more likely to attract private investment in R&D. These figures are probably an understatement, because measurement is difficult. While reverse causation cannot be ruled out, other studies point to IP protection as the driver of capital flows.  Increased capital flows also benefit taxpayers, because these generate tax revenues, so lawmakers are less tempted to raise taxes.

When officials and lawmakers do not see the importance of IP, trouble ensues. The United States and Canada are often on the same page when it comes to the enforcement of property rights, but this synergy disintegrated in 2005 when Canada’s new policies led a revocation of some patents.

The Canadian government believes itself capable of determining the case-by-case “utility” of upholding patents and copyrights, despite public choice research casting doubt on that claim. Bureaucrats are unsurprisingly risk-averse and make decisions based on visible benefits even if invisible costs are higher. In the case of IP enforcement, disallowing a patent may bring lower prices in the near-term, at the longer-run expense of discouraging innovation. Incurring these invisible costs of lower innovation will not result in the loss of bureaucrats’ jobs or reputation. Hence, officials are encouraged to weaken IP enforcement for temporarily lower prices.

Despite Canada’s judicial progress in recent months shoring up protections for long-held patents, much work remains to be done in creating a stringent, predictable process. Mexico needs to improve its lackluster system of regulatory data protection for pharmaceuticals.

Drug companies seeking to market their products in Mexico must submit a wide array of confidential information about their offerings to the national government without any serious safeguarding of the data. A company’s exclusive right to develop certain medications is not protected by any comprehensive legislation by the national government, and a confusing zigzag of court decisions means that companies have no reliable, minimum period of protection for revolutionary ideas and processes.

While these problems will take prolonged, dedicated negotiation to solve, American overtures could achieve progress. In addition, Congress could do away with the misguided America Invents Act, which allows for the easy overturning of IP via the Patent Trial and Appeal Board. Elected officials from all three countries could send a unified message that intellectual property is safe for businesses eager to expand their reach.

NAFTA has had a solid 22-year run, and can continue to spearhead growth with powerful, common-sense reforms that protect everyone involved.