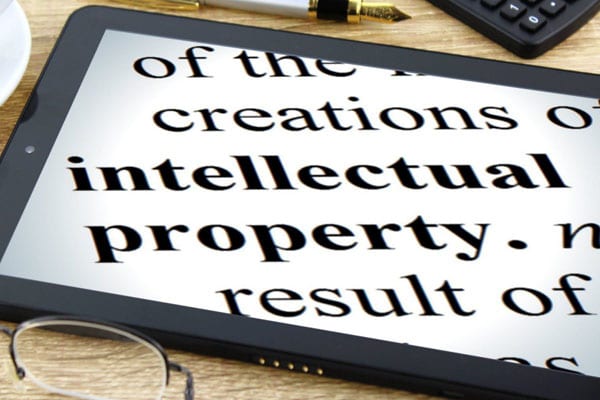 When politicians drop buzzwords like “innovation,” it’s usually to drum up support for long-overdue tax and regulatory reform. Seldom, though, do lawmakers advocate for strengthened intellectual property (IP) protection. This oft-neglected issue is finally being ushered back into the limelight, thanks to the U.S. Chamber of Commerce’s 2017 International IP Index.  When IP isn’t protected and illicit trade is allowed to go unchecked, tax revenue suffers and taxpayers across the country are squeezed for more money.

While the United States continues to stand out in its stalwart overall protection of intellectual property, cracks in the enforcement effort are beginning to show. America has slipped into fifth place in enforcing intellectual property, behind other developed countries like France and Germany. A cascade of court decisions, kicked off by a 2014 Supreme Court case, has rendered certain classes of software un-patentable.  These sea changes in policy have prompted emerging countries such as China to leapfrog ahead of the US and adapt laws safeguarding software innovation. America’s stronger overall protections are keeping IT firms here, but the outsourcing floodgates could open if “Tiger” economies emerge as a foil to weakening American laws.

Even if the U.S. remains at the head of the pack, absolute standards of enforcement remain important. As the report clearly shows, higher IP protection scores are highly correlated with higher investment and research levels. Countries totaling above the median IP aggregate score are 45 percent more likely to attract venture capital and private equity funds and 40 percent more likely to attract private investment in R&D. While reverse causation can’t be ruled out, other studies point to IP protection as the driver of capital flows.

New research shows that, of various government measures to foster innovation, only patent protection and basic financial market rules seem to do the trick. These measures are found to be superior to “traditional tax subsides at promoting the innovative investments that drive economic growth.” Additionally, prominent British biochemist Terence Kealey notes that there is little correlation between levels of public R&D investment and economic growth. Despite all the criticism of IP enforcement, propertarian rules cannot be effectively replaced by government intervention.

Nor can the issue of intellectual property protection be placed in a vacuum. Since IP is such a large driver of growth, the US government derives a hefty share of yearly tax revenue from enforcing it. While direct estimates are few and far between, the US Patent and Trademark Officer (USPTO) keeps yearly estimates of employment and wages in IP-intensive industries. Assuming the latest (2014) estimate of 27.9 million direct jobs and a median yearly wage of IP-intensive workers ($68,000), the federal government pulls in more than $72 billion in income taxes each year due to IP enforcement. And since corporations derive $115 billion a year in IP-specific licensing revenue, resulting corporate tax revenues amount to $30 billion each year. Intellectual property is a windfall for the US, adding over $100 billion  to federal coffers each year. Given such a large figure, even slight cracks in enforcement can cost taxpayers dearly. U.S. businesses lose around 10 percent of revenue to online counterfeit sales, resulting in billions of dollars in foregone tax revenue each year.

But what can be done to shore up the U.S.’s position as the standard-setter of intellectual property? In strengthening our patent system, there are many low-hanging fruits to be plucked.  For starters, Congress should take the fight to suspicious foreign websites promising Americans shady generic versions of drugs produced by domestic pharmaceutical companies. While these “online pharmacies” seem to do Americans a favor by allowing inexpensive access to pricy medications, customers are in fact hit with a double whammy. The claims that these drugs are in fact generic versions of popular drugs are questionable; many Americans have been hospitalized due to contaminated foreign brands. Additionally, pharmaceuticals such as Pfizer and Merck have a diminished incentive to market new medications when their products will easily be imitated by foreign knock-offs. Increasing market shares attained by online pharmacies can and will reduce the rate of new, life-saving drugs released to the public.

Other reforms will have to address the root causes of intellectual theft, and will have more gradual effects. Regulatory barriers to entry increase the price of everything from new drugs to new movies, and encourage customers to find illicit ways of getting what they want. Streamlining the drug approval process and reducing penalties on small movie theaters and streaming services can level the playing field, and encourage lawful innovation. Enforcement and regulatory reform pack a powerful one-two punch, and keep the US churning its inventive spirit. Politicians alone cannot claim responsibility for innovation, but they can certainly do their fair share in giving industries the right tools for growth.