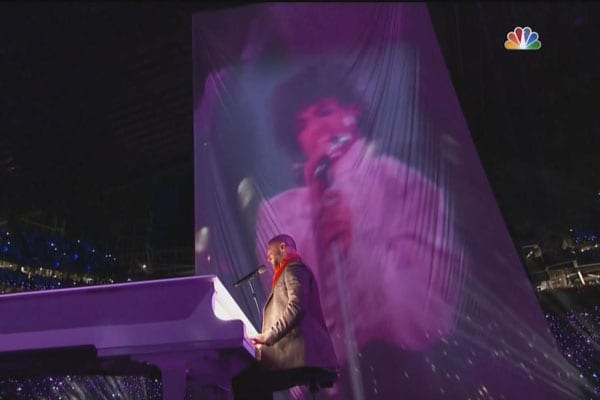 At Super Bowl LII, the highly acclaimed digital performance of Prince’s “I Would Die 4 U” opened the door to future stints by late performers. While most were arguing about the musical integrity of the performance, the virtual duet raised questions about the protection of intellectual property (IP) for artists living and dead. While the estates of deceased artists like Prince and Freddy Mercury will have the bulk of their work protected, they would not be so lucky if the artists hit their prime earlier. Thanks to holes and ambiguities in current federal copyright law, older musical holdings are not clearly protected from infringers.

Currently, the artists behind pre-1972 songs receive fewer royalties than other artists, due to ambiguities in state and federal laws. The Compensating Legacy Artists for their Songs, Service, Important Contributions to Society (CLASSICS) Act would firm up federal language, ensuring that “oldie” artists like Bette Midler and Jason Isbell receive their due. The legislation, introduced by Rep. Darrell Issa (R-Calif.) and scheduled for markup today, will establish licensure and usage standards for pre-1972 works, enshrining federal purview.

The current, haphazard nature of federal enforcement traces back to the Copyright Act of 1909, which required Congress to explicitly flesh out new technologies to be covered under copyright standards. Sound recording was not covered under the original legislation, and it took until 1971 for Congress to establish royalties for “the particular series of musical, spoken, or other sounds fixed on a tape or record album and the performance embodied therein.” This, however, only created protections for productions going forward.

As a result, the recording scene up until the early seventies featured uncertain and uneven enforcement. Legal arguments have tried to resolve how existing federal laws on copyright infringement apply to pre-1972 recordings, but these disputes are costly and time-consuming.

Universal Music Group (UMG), which owns the rights to countless hits from the 50’s and 60’s, claimed in Federal Court that music sharing website Grooveshark was infringing on its intellectual property holdings. Court arguments centered around the confusing question of whether or not the Digital Millennium Copyright Act’s (DMCA) Online Copyright Safe Harbor provision applied to pre-1972 recordings, and proceedings dragged out for years. Despite repeatedly losing in court to UMG, Grooveshark continued to disregard the Group’s rights, ensuring that uncertainty and high legal costs would ultimately win the day.

The United States can retain a top position in IP enforcement via beefed-up enforcement and system reforms. Safeguarding intellectual property cannot stop at music production; ideas and processes across a wide variety of industries need protection.

In particular, the STRONGER Patents Act, sponsored by Sen. Chris Coons (D-Del.), would increase due process on the Patent Trials and Appeals Board, and restore injunctions as the primary method to fend off patent infringement. Antitrust enforcement should be curtailed to allow businesses to fully benefit from gains garnered by intellectual property. Finally, pressure must increase on China and other developing nations to cease stealing and nudging secrets from American businesses.

Simply assuming that artists and manufacturers will keep innovating the same rate without recourse and royalties is folly. Only with a robust, consistent regime of IP enforcement can the United States maintain its position as a top economic and cultural powerhouse. Songs like “Boogie Woogie Bugle Boy” and “If I Could Only Win Your Love” will likely see countless digital renditions in coming decades, but only if intellectual property protections are shored up. But if royalties continue to go the way of the dodo, high-tech recreations will become a relic of the past.