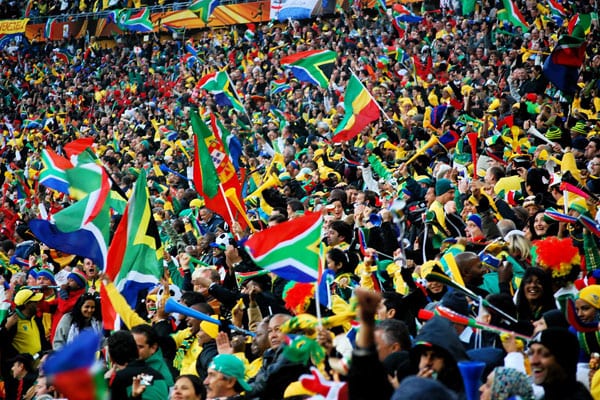 This article originally appeared in The Daily Caller on June 22, 2018.

As Houston officials mull the possible flow of tax dollars into their city if they win a bid to host some games in the 2026 World Cup, they’re talking up that dreaded “L” word — light rail.

Houston is part of a 32-city bid to host some of the soccer matches that will be spread across North America. While the city won’t know if it is selected to host any games until 2020 or 2021, that hasn’t stopped local officials from excitedly talking up possible taxpayer-funded infrastructure and beautification projects that could result from a successful bid.

“It does give something to point the efforts toward, and it raises the consciousness of the efforts,” Bob Eury, executive director of the Houston Downtown Management District, told the Houston Chronicle.

NRG Park is the only location being considered to host the games in Houston and public transit is a focus because 75,000 people are expected to attend the soccer matches. Leaders at the Metropolitan Transit Authority of Harris County (Metro) are already talking about the need to increase bus service and run more couplings of light rail if Houston wins the bid.

Metro is working with officials at NRG Park to redesign its rail stop closest to the stadium to add shelter and seating for passengers as they wait for trains after the conclusion of games and events.

Troi Taylor, a member of the board of directors of Metro, said, “I am thinking that would require additional light rail” during a discussion earlier this year about the likely influx of visitors.

Given that 75,000 visitors regularly travel to NRG Park for Houston Texans games, it’s unclear why World Cup matches would suddenly need additional taxpayer-funded transit projects, especially given that officials assume about half of the soccer attendees would use the services.

Rail has been a contentious issue in the heart of Texas. Discussion of a costly bullet train stretching from Houston to Dallas has now largely moved on to a public-private partnership on a Hyperloop system through parts of Texas. The concept developed by Elon Musk (the king of taxpayer subsidies) would ferry passengers at 700 miles per hour through a series of vacuum tubes – think of the system at your local bank, except YOU would be shooting through the tubes rather than your bank deposits.

Other cities, and their history of light rail, should be a cautionary tale for Houston. In an editorial dismissing the idea of a light-rail line in Sin City along Maryland Parkway, the Las Vegas Review Journal pointed out that transit ridership keeps falling nationwide, including a dip of nearly 6 percent in just the past year. As ride-sharing services such as Uber and Lyft continue to grow in popularity, the percentages should continue to decrease.

An examination of ridership by Metro’s board of directors found that many of them rarely ride the train even though they get free tickets.

To make matters worse, the costs to construct light rail continue to increase – now sometimes topping more than $100 million a mile. The project in Las Vegas is expected to cost $750 million for an 8.7-mile line if the Regional Transportation Commission of Southern Nevada signs off on the project. You can expect some of your federal tax dollars to chip in to that project.

The Review-Journal points out that light rail isn’t flexible to meet the change in consumer demand since it can’t stop running trains the way transportation officials can cut the number of buses.

The Taxpayers Protection Alliance noted a similar fallacy with the city’s monorail system,which has continuously failed to meet inflated ridership projections and loses money year after year – including $75 million the past four years. Now, city officials want to expand that boondoggle to service the future Las Vegas Stadium.

Before getting too excited about the prospect of infrastructure projects that could include more transit dollars, Houston officials should take heed of missteps in other cities and make maximum use of existing resources.

Before celebrating the World Cup selection and opening up the spigot of taxpayer dollars for infrastructure, Houston (and all U.S. cities) need to take a step back and make sure that taxpayers aren’t the ones paying for the games.