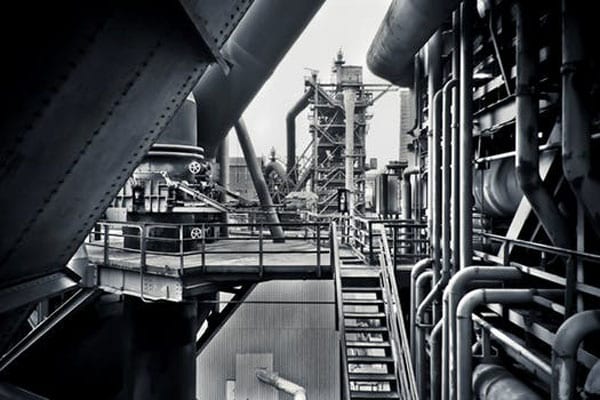 Across the country, public officials have a gargantuan task laid out in front of them. And no, I’m not talking about healthcare or tax reform. America’s sprawling water infrastructure, made up mainly of aging iron and concrete-constructed pipes, is in desperate need of repair. More than 300,000 water main breaks per year are projected over the next decade, necessitating an ambitious program of capital improvements and pipe replacement. Demand for the latter action has been particularly high, in the years following the Flint water crisis. But in removing environmentally unsound pipes, a massive problem remains: cost.

Using “legacy materials” like iron and concrete to construct new pipes costs nearly $60 per foot, ensuring that large undertakings quickly become budget-busters. But there’s another way- by opening up bidding processes to competition.  Builders would be free to use plastic-based materials such as Polyvinyl Chloride (PVC) in building pipe. Opening up competitive processes in local procurement efforts could mean 50 percent savings on pipe constructions, creating a fair arrangement for taxpayers while ensuring a clean drinking water supply.

By nearly any measure, replacing corroded and unsafe pipes across the country would be a massive fiscal effort. Fitch Ratings Agency and the American Water Works Association recently offered estimates that mandating municipalities nationwide to remove and replace lead pipes would cost somewhere in the range of $30 to $50 billion. Even if this gargantuan task could be realized and not come in over budget, closed-competition laws for pipe construction that rig the game in favor of traditional pipe materials would ensure subpar infrastructure. Sustainable Solutions Corporation warns that, “Ductile iron pipe may last as little as 11-14 years in moderately corrosive soils, requiring numerous replacements over a 100-year period.”

Having the same situation replay again and again over the decades will cause reruns of the Flint water crisis across the country, and saddle taxpayers with never-ending liabilities.  With these snafus compounded by additional delays characteristic of public-sector infrastructure projects, the gross injustice of children in low-income areas drinking contaminated water would continue.

But, municipalities needn’t resign themselves to this fate. As seen in other industries, substituting out traditional materials for cost-effective, durable replacements has bettered lives and lowered costs.  For example, when rare earth mineral prices skyrocketed in 2010, technology companies and the Pentagon found better, cheaper substitutes to be inputted into their products.

Water piping can see this revolution with the widespread introduction of PVC piping, which last longer and exacts a lighter environmental toll than lead or concrete piping. Extensive research has found that PVC piping typically lasts for longer than a century, compared to 50-75 years for ductile iron and concrete constructions.

And, during that duration, PVC piping boasts the least contaminated water. In a study carried out by Purdue University and published by Procedia Engineering, PVC-carried water was the least carcinogenic compared to iron and concrete-based competitors. Even the carbon footprint of PVC piping is kept to a minimum. In fact, an 8-inch ductile iron pipe results in nine times more carbon emissions than its PVC counterpart, when taking into account manufacturing and transportation factors.

PVC piping seems more than capable of competing on cost, durability, and sustainability than the legacy pipes of old. That’s not to say, of course, that plastic piping is always the best approach. Even the most rigorous of fiscal and environmental studies are no match for the local knowledge required to find the right pipe material.

Allowing for an open competition process, though, would ensure that the rules of the game aren’t rigged in favor of the traditional, often inferior materials of iron and concrete. Congress should put an end to material industries’ strangehold on local procurement processes, and let municipalities decide what their pipes should be made of. When inputs like PVC are allowed consideration, taxpayers can enjoy billions in savings and better water to boot.