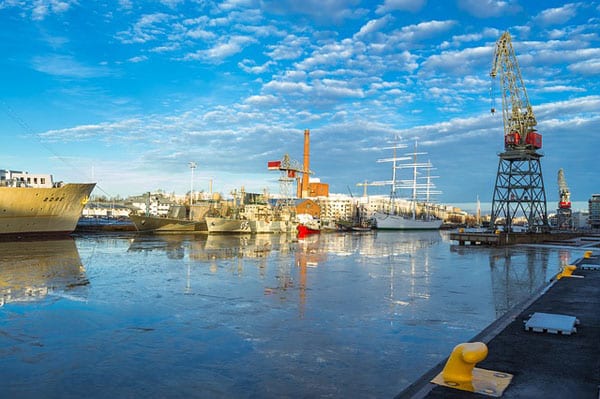 Like countless Presidents before him, Donald Trump has his sights set on infrastructure. After failing to turn heads during “infrastructure week” a few weeks ago, the Administration is making a second push for large scale federal “investments” to build and repair American roads, bridges, and ports. While the first two entrees on that list receive the lion’s share of attention, the President has pressed for hundreds of millions of dollars to expand dozens of American ports. While the Administration has correctly pointed to excess permitting as a major impediment to expanding cargo capacity, pouring millions of taxpayer dollars into a black hole is no silver bullet for the problems facing American ports.

Ports are critical for the U.S. economy. In 2016, $4.6 trillion in goods were imported and exported through U.S. ports, But, determining the “right” size for a port is tougher than it might sound. When the public sector mulls port expansion, there’s typically little incentive to figure out where to stop. Federal officials, after all, will not lose their standing if they champion a port project that is unnecessary and doesn’t correspond to shipper needs.

Take, for instance, the billion-dollar boondoggle surrounding the Port of Anchorage expansion. An initial price tag of $360 million (estimated in 2005) has ballooned to an astounding $1 billion, or two percent of total Alaskan wealth. This is hardly surprising, given the decade delay surrounding the project.

Structural defects in the proposed revamp of the project, which engineers have pointed out since the beginning, have resulted in the bilking of federal and state taxpayers.  Despite having little/no relevant company experience in handling such matters, low-bid contractor Quality Asphalt Paving was selected for key aspects of the project.  This should have been a red flag from the beginning. But, as is too often the case with government construction projects, concerns about quality and cost-effectiveness are placed on the backburner.

Now, as a part of President Trump’s infrastructure plan, more than $100 million is slated to fund port expansions and dredging. To senators vying for increased funds for their hometown ports, supporting increased funding is a no brainer.

Expanding ports means expanding economic opportunities. For example, in the aftermath of the 2016 Panama Canal expansion, larger ships from China and other exporter nations now have direct access to American ports. But, many current American ports, are simply not deep enough to accommodate these gargantuan vessels. Not “investing” in dredging and overall expansion closes off potential trade and can lead to millions of dollars in lost revenue.

Unfortunately, though, relying on the government to finance these endeavors means making a deal with the devil. Charleston, for example, believes that federal monies can add to already-record amounts of trade cargo entering South Carolina. And, deepening the Port from 45 to 50 feet would mean that ships from around the world would be able to call at port indefinitely. Unfortunately, the Army Corps of Engineers (USACE) informed officials that any deepening project would not be completed until 2024.

Extensive federal permitting regulation ensures that, before the process can get going, a battery of environmental impact analyses must be performed. If, for example, a port expansion entails marsh clearing to remove invasive snail species that would cost millions of dollars in damages, special permissions would need to be obtained by the Environmental Protection Agency. In many cases, this type of obstacle completely kills a project.

Fortunately, there’s some hope on the horizon. Citing the increasing delays facing infrastructure projects, the Trump Administration has signaled its intent to reduce the permitting process.  While this is a welcome first step for ports like Charleston, streamlining alone won’t cut it. Allowing an open-ended commitment of taxpayer dollars to fund even the most dubious of projects is irresponsible. Port privatization would force owners to seek financing in the open market for new projects, ensuring that ports with the most promise get the most funding.

And, with ports in private hands, cost overruns would be kept to a minimum. New Zealand, for instance, privatized dredging in their main ports of Tauranga, Taranaki, and Timaru in the 1980s, allowing markets to handle questions like dredging. These ports rapidly expanded as a result, leapfrogging operations to “the top echelon….in terms of profitability and performance.”

The United States can be the next case study in port prosperity, if lawmakers can close the spigot of taxpayer dollars. By choosing markets over costly public administration, America can once again be open for business with the rest of the world.