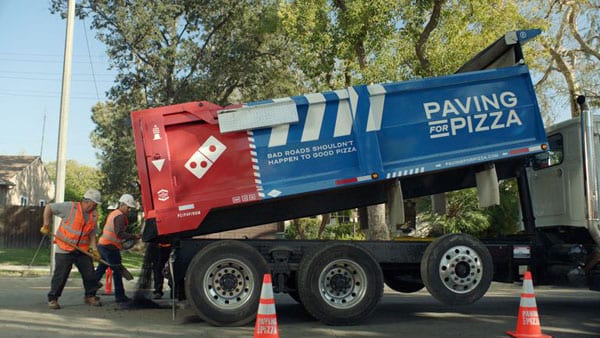 This article originally appeared in the Daily Caller on July 3, 2018.

Few government functions are as basic as filling in annoying and destructive potholes. It’s little surprise, then, that when sprawling bureaucracies prove unable to fix these eyesores on the asphalt, resentment flares and trust in the public sector plummets. Driving across the District of Columbia is a constant reminder of the epic ineptitude of the local government, as potholes “bigger than bathtubs” required closure of part of the Clara Barton Parkway in January.

It’s not that public sector officials don’t care about potholes. The problem lies in a pack of government incentives and chronically-poor targeting of taxpayer funds. The lack of prompt response to festering potholes caught the attention of pizza titan Domino’s, which recently launched a campaign to pave over bumpy roads identified by customers. While road-paving corporate campaigns can easily be dismissed as shameless PR, the private-sector approach is already showing its merits over the clunky, crude government response. And, the folks driving on those newly-fixed roads are just fine with the PR stunt.  Maybe, then, it’s time to more seriously consider greater private involvement in solving some of America’s most pressing infrastructure problems.

As most drivers can attest, potholes are more than just annoying. According to a study released by AAA Auto Club in 2016, U.S. drivers have to buck up an additional $3 billion per year in maintenance calls due to pothole-related automobile damage. But not all pothole woes are created equally. In fact, drivers nationwide who earn less than $75,000 per year are more likely to suffer from pothole fatigue. The reason why is hardly a mystery; many roads in poorer areas of the country are hardly maintained.

These areas have some of the direst infrastructural needs, yet normally receive the least attention. According to a 2015 study by Harvard and Stanford economists, “higher income areas devote more effort to requesting government services—such as snow plowing, pothole repairs, and traffic light repairs—and, in turn, receive more attention from local government.” Data from local governments tends to validate this bird’s eye view. According to a review of Indianapolis’ Mayor’s Action Center data published in December, city neighborhoods with a median income of less than $35,000 per year must wait about 20 days to receive pothole repairs. That stacks up terribly to neighborhoods with median income above $60,000, who only have to wait 5.5 days to get paving assistance.

This lack of equal responsiveness to pothole problems prompted Dominos to introduce their widely-discussed grant system, which offers paving money to areas identified by customers as having poor road conditions. All of the glamor and dissection surrounding the announcement, though, neglects the most important point. Domino’s customers tend to be lower income, according to data from purchase panels. Additionally, chains tend to be clustered in lower-income states. Thus, many of the roads that customers are complaining to the pizza chain about are systematically less likely to receive public attention.

That’s not to say, of course, that one company is bound to deliver a cure-all for America’s gargantuan infrastructure problems. Domino’s and other pizza delivery chains regularly avoid delivering to dangerous neighborhoods, citing risks to drivers. But other companies are also stepping in to help bring attention to asphalt annoyances. Pew Trusts reports that, “Google and Microsoft have created apps that people can use in their cars that try to detect potholes and alert drivers about damaged roads.” Cities such as Houston and Omaha are already attempting to follow these companies’ lead, utilizing technology to make America’s roads more driveable.

No one solution from any single entity will prove to be the end-all-be-all solution, due to complex needs and diverse realities on the ground in different cities. But Milford, Delaware city manager Eric Norenberg said it best: “My job as a professional local government manager is to identify the best alternatives to providing crucial city services … sometimes that means letting Domino’s pick up the tab.”

It’s embarrassing that government ineptitude has led to pizza paving. But by giving the private-sector space to take the lead, America’s cities and states can solve pressing challenges equitably without leaving taxpayers out to dry.