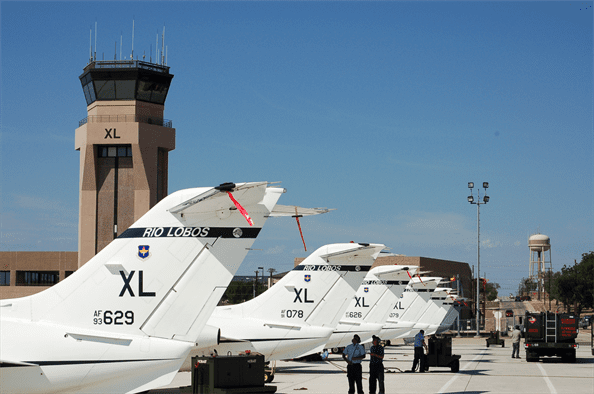 Being condemned to long lines at the airport is the American way, with tedious Transportation Security Administration (TSA) procedures compounded by countless takeoff delays. In addition to the direct costs of delay, making air travel a harrowing experience has deadly unintended consequences. Airline ordeals cause travelers to substitute air travel for (more dangerous) car travel for short-distance trips, resulting in thousands more unnecessary deaths. Our outdated and outmoded air traffic control system is largely to blame, and will continue to inconvenience travelers and bilk taxpayers until structural reform takes place.

From 1996 to 2012, the FAA’s budget increased 95 percent, skyrocketing from $8.1 billion to $15.9 billion without increasing the number of air traffic control facilities. Personnel costs ballooned 97 percent over the same period, jumping from $3.7 billion to $7.3 billion over the same time period.  And these higher human resource costs correspond to a declining pool of personnel; the number of employees dropped by 4 percent in the sixteen-year time frame. Increasing manpower costs also coincide with a decline in quality. The FAA has faced a dearth of qualified applicants over the past couple of years, and has actively sought out employees with zero work experience to fill the gap.

And the Administration’s headaches don’t stop at skyrocketing costs. A 2015 Inspector General (IG) report documents a decline in “operational productivity” over the past few decades, as the FAA fails to keep pace with technological advances. Pilots must be in constant communication with spread-out ground stations to obtain geospatial readouts, a system little-changed since the Kennedy Administration. Pilots taking a detour to Toronto or Vancouver will notice that Canada uses a far more advanced system with cutting-edge GPS technology and little reliance on ground stations. Air traffic controller costs have also been falling in Canada, with large, regular increases in efficiency.

America has the chance to replicate our northern neighbor’s success with the passage of air traffic control privatization in Congress. As part of “infrastructure week,” President Trump announced on Monday that he supported Representative Bill Shuster (R-PA) and Frank LoBiondo’s (R-NJ) previously-introduced proposal to end taxpayer-funded air traffic control. The Aviation Innovation, Reform, and Reauthorization (AIRR) Act, introduced in the previous Congress, would’ve followed the Canadian model by handing control of air traffic to a non-profit entity with both airline industry and union representation.

The organization would have the ability to levy user fees on airline customers, giving it the ability to finance technological and facility improvements. This is a large change from the status-quo, where ten to twenty percent of FAA funding comes from the general revenue stream. While the majority of funding comes through the Aviation Trust Fund (financed through air travel-related taxes), dwindling revenue from the Fund ensures that taxpayers will have to foot a greater and greater percentage over time.

By narrowing the financing base to just air travelers, this reform would result in a fairer financing system. Air travelers tend to be wealthier than the average American, resulting in a regressive tax transfer under the status quo. Limiting the financing base to air travelers will also keep pressure on the new organization to keep user fees under control. Pricing improvement fees into air travel means that large increases in user fees would prompt customers to ditch the skies in favor of other modes of transportation. Under the current system, cost increases are quietly added to tax bills around the country, undifferentiated from any other program.

Getting the incentives right is key when it comes to improving our dilapidated system of air traffic control. Including Rep. Shuster and LoBiondo’s previous bill in infrastructure reform would put us on equal footing with countries like Canada and New Zealand, which also privatized their system to great fanfare. If Congress divorces taxpayers from air traffic control, Americans can fly through clearer, safer skies.