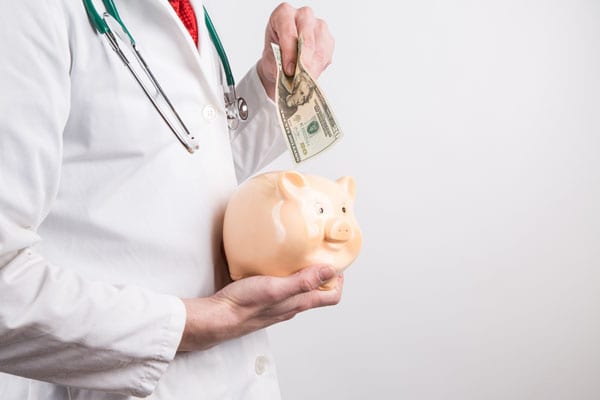 This piece was published in the Washington Examiner on August 1, 2017.

As members of Congress bicker over the future of the Medicaid program, one phrase in particular has become a lightning rod, rallying cry, and Rorschach test all in one. Some believe that the use of a “block grant” system in Medicaid means that individuals will be forcibly cut off from the program and left with little to no care. To small-government crusaders, “block-granting” evokes memories of successful, large-scale decentralizations of federal programs in the 1990s. Completely handing off healthcare delivery to the states would permit experiments with new approaches, but it can potentially leave the door open to mismanagement and underfunding.

Canada faced similar questions over the role of the federal government in its healthcare system in the late 1970s. And our northern neighbors opted for decentralization. While Canada faces no shortage of maladies with its healthcare system, their experiment in block-granting was a rousing success. Their approach, which made spending more efficient and improved outcomes, shows a promising alternative to the way our Medicaid program works today.

In 1977, Canada was five years into its experiment with single-payer healthcare for all, and there was trouble in paradise. The existing federal match-rate system (similar to how America structures Medicaid today) was being undermined by rapidly rising medical costs, and a lackluster economy meant chronically low revenues. improved outcomes, shows a promising alternative to the way our Medicaid program works today.

The Canadian government decided to leave its provinces in charge of administering healthcare, while simultaneously allowing them to keep a greater percentage of income tax revenues to finance costs. Over time, provinces took greater initiative in coming up with dedicated revenue sources for their healthcare expenses as the federal government took a backseat. The share of provincial healthcare spending financed by federal transfers declined from around 30 percent in the late 1970s to less than 15 percent in the mid-1990s. Federal spending increases in the early 2000s created greater centralization, but federal dollars still comprise less than 25 percent of provincial healthcare spending.

How did this shift toward local control affect the quality and cost of care? Despite dire warnings of “killer” budget cuts at the state and local level, inflation-adjusted, per-person healthcare expenditures kept increasing at about the same rate. Taxpayers, however, started to get more bang for the buck, as healthcare outcomes improved across the board. It’s unwise, of course, to attribute improved health outcomes to any one public policy change. But evidence shows that provinces with more decentralized healthcare funding have better-functioning systems, even after controlling for a variety of other factors.

Examining the federal-province funding shares in all provinces from 1979 to 1995, University of Granada scholar Dolores Jimenez-Rubio found that a 1 percent increase in decentralization correlates to a whopping 10 percent reduction in infant mortality. While a result as large as this one should always be taken with a grain of salt, Professor Rubio’s finding should force block grant doomsayers to rethink their predictions that precisely the opposite would happen. Provincial and state officials often have a better sense of local issues than their federal counterparts. And, in this particular public policy area, Canada seems to have a better grasp of federalism than the United States.

This is not to say the Canadian healthcare system is a walk in the park. Unreasonable wait times continue to compromise its convenience and effectiveness, and survival rates for various cancers are lower than the American rates. But policymakers in the U.S. can learn a thing or two about what local control means and what it might do for Medicaid.

While there are currently waiver programs for states to experiment with federal dollars, the system in place is far too limited. States, for instance, are only allowed to alter the portion of Medicaid dollars that service individuals above the poverty line, shielding most of the program from meaningful reform. Vague statutory language also means that states face plenty of regime uncertainty when it comes to getting a waiver renewal after five years.

Even if the Trump administration adopts a relaxed interpretation of waiver rules, the next administration can pursue a stricter reading and hamper state-level innovation. Block-granting Medicaid would give states a freer hand in reforming their programs, ensuring a better deal for enrollees and taxpayers.