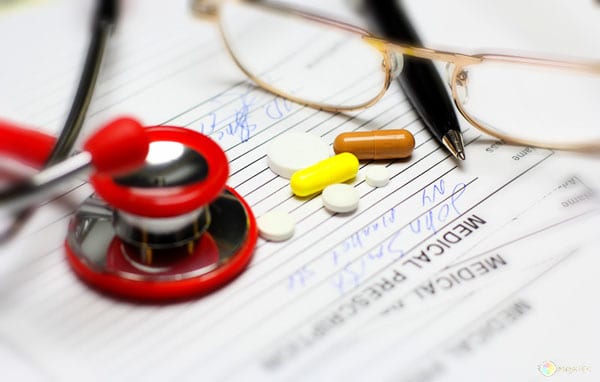 To Reform Medicaid, Congress Must Understand Its Achilles’ Heel

With healthcare reform sputtering in the Senate, warring lawmakers are endlessly arguing over what’s broken and how to fix the problems. The debate over reforming Medicaid is particularly heated, with narratives from all sides engulfing America’s predominant low-income insurer. The left has been disappointed by multiple studies showing little to no physical health benefits accruing to Medicaid patients, and are left grasping at straws. The right, though armed with empirical evidence showing the program’s impotency, doesn’t seem to have a good story as to why Medicaid fails so many patients.

The logic and intuition underpinning Medicaid is, after all, simple enough. Despite claims of endemically low Medicaid acceptance rates from physicians, at least 60 percent of doctors accept new Medicaid patients (compared to around 85 percent for private and Medicare patients). Even though low reimbursement rates make Medicaid acceptance lower than private insurance acceptance, 50 percent acceptance is surely better than no acceptance at all. And, if a majority of the nation’s doctors are willing to see Medicaid patients, physical health metrics should improve on average for uninsured individuals receiving Medicaid coverage. This seemingly unassailable chain of logic has led liberals to question the plausibility of research results like the Oregon Health Study, which tracked new Medicaid recipients over a two year period and found no detectable improvements in physical health.

Vox’s Ezra Klein, in attempting a complete accounting of the facts, declares Medicaid to work “perfectly well as insurance” with any shortcomings reflective of the health care system on the whole. But why might Medicaid actually perform worse than private insurance? Instead of just looking at physician acceptance rates of new patients, it’s important to look at the characteristics of doctors who tend to take in Medicaid patients. Plymouth State University Professor Christina Bradbury examines the types of practices more likely to take on these federally insured individuals, and finds that doctors’ offices staffed by one or two individuals are significantly less likely to accept Medicaid. This isn’t much of a mystery, since small practices naturally have a more difficult time absorbing low reimbursement rates and shifting around costs to other patients. And, dealing with the administrative burden posed by Medicaid is even more difficult than that for private insurers. Clearly, then, size matters when it comes to Medicaid acceptance.

But how might this pattern affect care for Medicaid patients compared to non-Medicaid patients? A 2014 study in Health Affairs provides compelling evidence that smaller practices provide far-and-away better care than their larger counterparts. In comparing hospital admission rates for conditions like congestive heart failure, the study’s authors found that patients using small practices (of 1 to 2 doctors) were one third less likely to be admitted to the hospital than patients using larger practices (of 10 to 19 doctors).

This analysis, backed up by similar studies looking at hospital admission rates for different ailments, turned conventional wisdom on its head. According to familiar thinking, large practices should have greater resources to cater to a diverse set of patient needs and should perform better. But mom-and-pop offices offer something that their bigger counterparts cannot- greater familiarity with the patient. Smaller practices are typically able to devote more time to each patient, and offer customized approaches that are far-and-away superior to corporatized medicine. Medicaid may provide newly-covered individuals more access to doctors’ offices than before, but clearly, not all practices are created equally.

Fortunately, this is a problem with a ready solution. Previous experiences with block-granting arrangements with states like Rhode Island show that, if given the flexibility, states can use federal funds to steer patients toward smaller practices. Block granting on the federal level should also be complimented by state-level efforts to discourage needless red tape. Regulatory compliance costs are far more of a drain on small practices than large practices, and contribute to the increasing size of the average doctors’ office. By reversing this trend and allowing states to fine-tune their Medicaid reimbursement schemes, Congress can finally allow low-income citizens to get the quality of care they deserve.