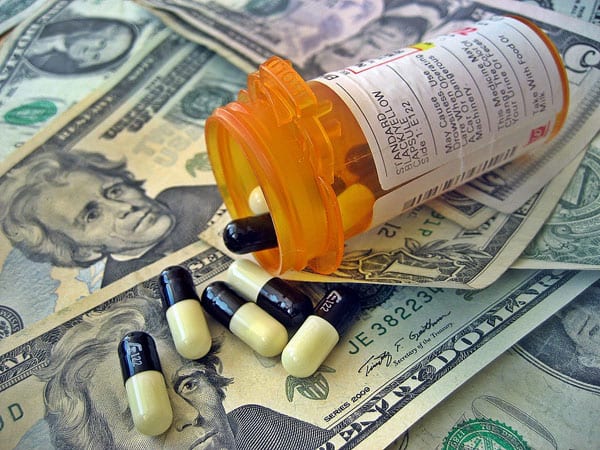 American consumers and taxpayers are spending more on healthcare than they ever have been before. And, if nothing changes, costs will continue to eat into earnings and tax bills. Spending on healthcare is projected to increase by more than five percent every year until 2026, according to the federal government. Premiums and out-of-pocket spending will rise faster than inflation, wages, and economic growth. Rising premiums will inevitably cut into wages, as employers respond to increasing rates by garnishing paychecks. Taxpayers across the country will also pay dearly for the continued rise in costs, as 47 percent of all health care expenses will be borne by Uncle Sam by 2026.

But this pain is not being spread evenly. A new analysis from Politico found that Obamacare insurers just had their best year ever in 2017, and “the biggest reason for the improvement is simple: big premium spikes.” This should come as no surprise, insurers have increased premiums every year since 2013—and silver level premiums, the second most affordable, will rise an average 35 percent this year—but insurers still insist they need more taxpayer dollars to pad their profits.

These gargantuan rate increases come at the worst possible time for struggling Obamacare “exchanges” across the country. For the first time since the 2014 rollout of Obamacare, the rate of uninsured Americans has increased. According to the Gallup-Sharecare Well-Being Index, the share of Americans without insurance coverage increased from 10.9 percent to 12.2 percent in 2017, the largest jump since the economic downturn in 2008.

And remaining enrollees have little reason to stick around much longer. Politico reports that “insurers are warning that they’ll again have to jack up rates in 2019 if Congress doesn’t take action to stabilize the markets,” but “many conservatives are wary of providing more funding to prop up the marketplaces, deriding it as a bailout for insurance companies.”

Of course, the “conservatives” Politico points to are right. Big insurance companies worked with Congress and the Obama administration to craft Obamacare to their advantage, but that hasn’t stopped them from wanting more.

Just this month, TPA wrote that government interference in healthcare distorts the market, and because of rising insurance premiums, forces taxpayers to foot the bill, taking critical resources away from national defense, schools, and infrastructure. The third-party nature of the system, enforced by unfixed tax code provisions and ACA coverage requirements, results in horror stories like the $629 band-aid. This “market fixing” between the government and insurers results in widespread waste, with around 20 percent of all spending going toward unnecessary tests and services conducted each year. The problem is significantly pronounced on the public insurance side of the system, as Medicaid pumps more than $500 billion per year into the system with little discernible impact.

And the administration sees the danger, too. The White House Council of Economic Advisors just released a report, The Profitability of Health Insurance Companies, which backs us up, finding a “distorted market” where large amounts of taxpayer dollars are going directly to insurance companies. In fact, the report found “that insurance companies receive subsidies regardless of how high the premiums go” and “taxpayers fund almost all of the higher premiums.”

American taxpayers should be outraged that their hard-earned money is feeding a cycle of premium increases that help insurers profit off bad government policies, and conservatives are right to be wary of providing more taxpayer money to shore up the Obamacare marketplace.

To pave the way for competition to facilitate innovation and advancement, health-care markets need less government interference. Right now, America is headed in the wrong direction. But with reforms that incentivize shopping around and increase the number of providers and facilities, consumers and taxpayers won’t have to worry about the size of their next medical bill.