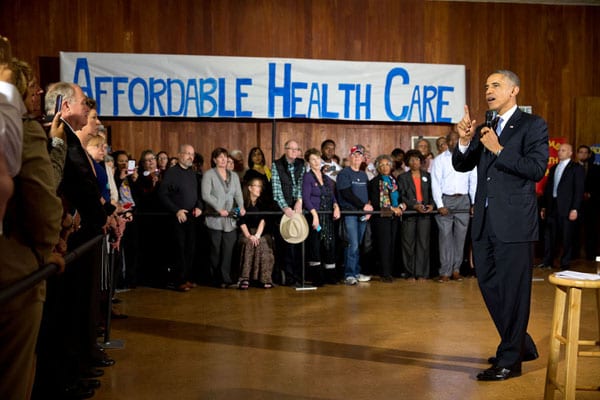 Despite widespread disagreement over the best way to reform the American health care system, a new pollcommissioned by the Taxpayers Protection Alliance (TPA) found a clear consensus among Republican voters for repealing the Affordable Care Act (known as “Obamacare”) and the Independent Payment Advisory Board (IPAB) provision of that law.

“With last year’s repeal of the individual mandate, Republicans in Congress have the momentum to further undo the damage Obamacare has inflicted on the healthcare system,” said TPA President David Williams. “Next on the list should be repealing IPAB, one of the worst parts of Obamacare. IPAB allows unelected bureaucrats to cut Medicare without Congressional approval and inserts government between Americans and their doctors.”

The poll shows that Republican voters believe that repealing IPAB would be a major win toward mitigating the harmful impact of Obamacare:

“Giving 15 unelected officials the authority to make cuts to Medicare without oversight is undemocratic and unacceptable,” said Williams. “Fortunately, President Trump’s voters share this view. In fact, 60 percent of voters who supported the President in 2016 believe that repealing IPAB is the next [best] step in repealing the ACA In 2018.” Williams continued, “Republicans in Congress should do what they were elected to do and repeal Obamacare. If that’s too difficult, IPAB repeal should be next on their list. Their voters will reward them.”

Survey data was collected by the Morning Consult in two waves: November 16-19 and December 14-18, 2017. These two waves resulted in online samples of 2,586 and 1,991 registered voters, respectively.

Results of the survey are available here.