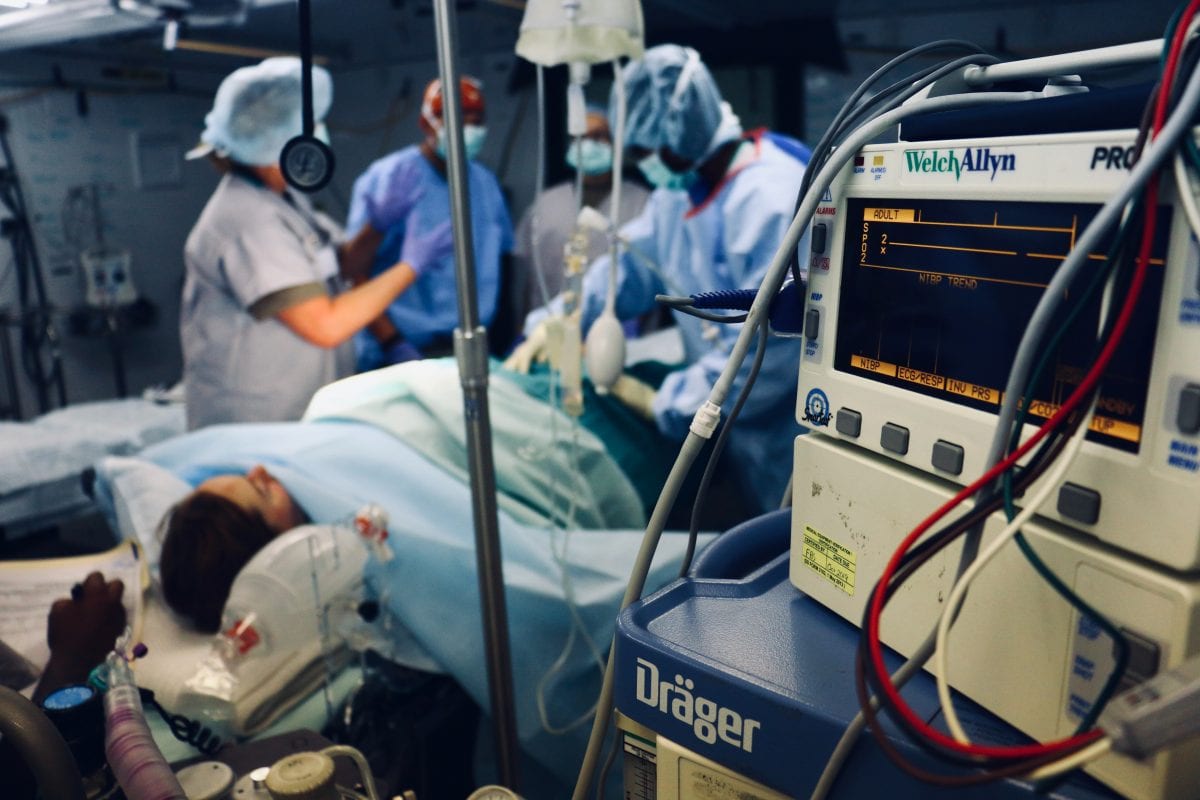 WASHINGTON, D.C. – Today, the Taxpayers Protection Alliance (TPA) announced the launch of the “Coalition Against Rate-Setting” and a new website (noratesetting.org) that will fight against government attempts to meddle in the U.S. healthcare system. The coalition, which consists of 14 well-respected non-profit organizations including: the Taxpayers Protection Alliance, 60 Plus Association, Americans for Limited Government, Campaign for Liberty, Center for a Free Economy, Center for Freedom and Prosperity, Center for Individual Freedom, Citizens Against Government Waste, Club for Growth, FreedomWorks, Heritage Action for America, Hispanic Leadership Fund, Market Institute, and National Taxpayers Union, will highlight the myriad consequences of using federal price-fixing to address the issue of “surprise medical billing.”

The issue has proven contentious in Congress as millions of Americans across the country receive a surprise medical bill in the mail from out-of-network physicians attending to patients at in-network facilities. But as coalition members have noted, rate-setting proposals such as legislation introduced by Senate Committee on Health, Education, Labor, and Pensions (HELP)Chairman Lamar Alexander (R-Tenn.), HELP Ranking Member Patty Murray (D-Wash.), House Energy and Commerce Chairman Frank Pallone (D-N.J.) and Rep. Greg Walden (R-Ore.) would make the problem worse and lead to widespread closures of doctor’s offices and hospitals.

“Surprise medical bills inflict unnecessary suffering on millions of patients each year in the days or weeks following discharge from the ER. Disastrous rate-setting proposals flouted by members of Congress would make the problem worse, further narrowing insurance networks and leading to the closure and consolidation of medical facilities. This Coalition is prepared to push back against ill-considered rate-setting proposals and educate lawmakers and the public on the perils of federal meddling in healthcare decisions.”

Other members of the Coalition also weighed in on the group’s efforts.

“The Coalition Against Rate-Setting will help protect Americans from socialist price-setting schemes and government-run health care, such as the leading proposals to end surprise medical billing. Bureaucratic rules have made our health care system more costly, more complex, and less effective -adding more regulations would just hurt patients yet again.”

“Americans deserve real solutions from their elected officials, not band-aids on bullet holes that result in scarcity, as government rate-setting always does. We are thankful to join this coalition to fight for long-term answers and against half-hearted efforts to ‘do something’ by self-interested actors.”

“A solution to surprise billing cannot include rate-setting, which would give the government the power to establish and control prices.  It would also move the healthcare system toward Medicare for All and socialized medicine.”

“Surprise billing is a serious problem that deserves a serious debate. Congress should act deliberately and enact a solution that protects patients while preserving important free market principles.”

“Congress should not be in the business of imposing price controls, including under any alias or euphemism. Price controls lead to scarcity, and scarcity leads to government rationing.”

“Rate-setting and price controls have never worked at any point in history, with any product or service, in any nation on the globe, and healthcare and pharmaceuticals are no exception.  Indeed, rate-setting has proven particularly dangerous in countries practicing it, with far fewer lifesaving drugs available, and far worse survival rates and other health outcomes as a consequence.  Rate-setting is a destructive idea that all Americans who care about healthcare quality and innovation must strictly oppose.”

“Every time that price controls have been tried they have backfired spectacularly. It’s a lazy way out that avoids addressing root causes, and patients deserve better.”

“Surprise medical bills are another unintended consequence of government intervention in the health care market. The solution is to restore a true free market in health care, not impose destructive price controls that will increase the number of doctors leaving the profession, increase prices, and deny more Americans access to quality care.”

“Two thousand years of history has demonstrated that price fixing does not work in a free economy. It never has and it never will. Government interference like this always has and always will backfire, to the detriment of consumers. Americans seniors are too smart to buy into price fixing schemes, especially when they involve their health and wellbeing.”

“Price fixing as a so-called ‘solution’ to surprise medical billing will lead to a shortage of medical professionals and therefore less access for patients, especially vulnerable populations like seniors, families with children, and people in underserved communities.  Forcing sick and injured patients into a situation that can devastate their entire family’s financial stability will only worsen the current problem.”

When Looking At Healthcare Costs: Take A Pragmatic, Policy-Focused Approach