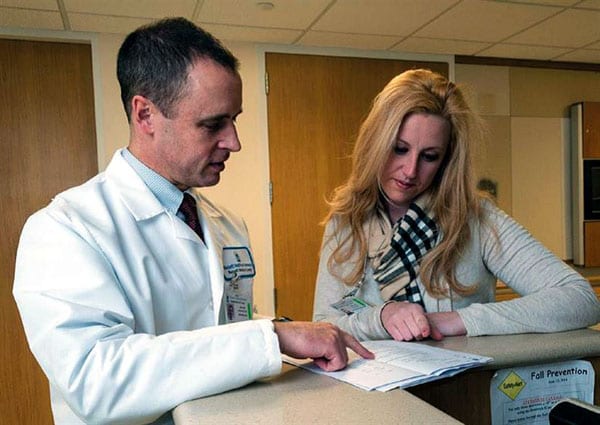 ‘Surprise Billing’ Debate Must Include All Voices

This article originally appeared in the Morning Consult on April 30, 2019.

Horror stories about the U.S. medical system are a dime-a-dozen, but few have attracted as much ire as “surprise billing.”

When patients go to a hospital that is in their insurance network, they expect that payment will be a done deal. But sometimes, they receive an unexpected bill from a physician who accepts dissimilar insurance plans than those accepted by the hospital where the physician saw the patient.

On April 2, the House Subcommittee on Health, Employment, Labor and Pensions held a hearing to discuss how to curb the scourge of surprise billing. But the exclusion of key stakeholders such as physicians left important perspectives off the table, making lawmakers more likely to accept flawed legislation that would only create new problems. Instead of pushing a narrow narrative, Congress should hear all voices to craft a solution that actually helps to resolve the issue.

One prominent witness, Families USA Executive Director Frederick Isasi, argued that, “It is the providers and insurers, not patients, who should bear the burden of settling on a fair payment.” The insurers, represented by trade association American Benefits Council, described their perspective and advocate for capping rates that physicians are allowed to charge when out-of-network. ABC senior vice president of health policy Ilyse Schuman proposed limiting out-of-network physician rates to 125 percent of typical Medicare reimbursements.

But as U.S. Rep. Phil Roe (R-Tenn.), who is also an OB/GYN practicing medicine for 31 years,  points out, Medicare rates are far lower than private rates, especially in rural areas. Legislation tethering payments to Medicare rates, then, would amount to a drastic pay cut overnight, by federal fiat.

There’s already a critical shortage of doctors in rural areas. The U.S. Health Resources and Services Administration estimates that there are 7,200 designated “Health Professional Shortage Areas” where residents face substandard primary care, and about 60 percent of these areas are located in rural America. Across America’s farmlands and sprawling plains, the ratio of doctors to patients is just 1 to 2,500.

While Roe was one of the few voices at the hearing to give the perspective of a physician,  doctors are likely to bear the brunt of any proposed surprise billing legislation. A “bipartisan solution” is already in the works to cap out-of-network physician payments to arbitrarily contrived averages of what doctors charge “in the same or similar specialty and provided in the same geographical area.” That language comes from a discussion draft of legislation released by Sen. Bill Cassidy (R-La.) in September and is expected to be rolled into legislation introduced in this Congress with Sens. Maggie Hassan (D-N.H.) and Tom Carper (D-Del.).

Of course, “similar specialty” is in the eye of the beholder (i.e. bureaucrats tasked with implementing vague legislative language). Hospitalists and emergency medicine physicians may see their responsibilities overlap, but these “similar specialties” have very different pay schedules. Hospitalists make far less than EM doctors do, a discrepancy that bureaucrats can easily exploit as they try to bring surprise billing “under control.”

Price fixing is just about impossible to get right, and the federal government doesn’t exactly have a great track record in improving (or even understanding) the way markets work. Surprise billing is largely a consequence of the Affordable Care Act (“Obamacare”), which led to narrow networks as the result of onerous rules and complicated federal directives.

According to a study by consultancy Avalere Health, about three-quarters of plans on Obamacare exchanges are narrow, restricting patients’ choices of which doctors they can see. Legislation dramatically capping physician rates would lead to even fewer choices, as declining compensation leads doctors-in-training away from specialties that are most likely to be impacted by surprise billing legislation.

Instead of doubling down the federal government’s role as price-setter and restrictor, lawmakers should examine ways to free up the market and increase patient choice. But this cannot be done unless members of Congress listen to all sides of the debate.