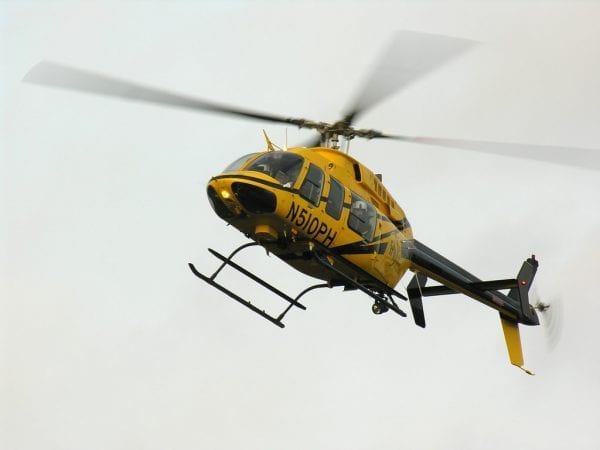 For more than half a million patients per year in United States in need of a quick, long-haul to the hospital, air ambulances have proven a key last lifeline for emergency assistance. Thousands of helicopters take the sky to help patients, whether they be in areas too rural for on-the-ground assistance or hikers in harms way. But, this innovative model of medical care may soon be in jeopardy if “surprise billing” benchmarking proposals come to fruition.

Despite the benign sound of benchmarking, lawmakers are clear about what they really have in mind: government price-fixing of essential medical services. Proposed government price-fixing would hamstring the sector, cutting off a critical lifeline that countless patients rely on. Instead of doubling down on government “fixes” that created surprise billing in the first place, lawmakers should pursue market reforms that increase choice and widen networks.

Lawmakers such as Sens. Lamar Alexander (R-Tenn.) and Patty Murray (D-Wash.) rightly point out the ridiculousness of millions of patients getting “surprise bills” for emergency services that patients thought were in-network. According to a Kaiser Health Network survey, more than a third of Americans are very worried about having a large, unexpected medical bill arrive in the mail after a medical event. But, Sens. Alexander and Murray’s proposal would slash pay for thousands of physicians and make it difficult for countless rural hospitals already struggling to retain qualified physicians. As a result, slashing reimbursements could exacerbate the doctor shortage in America.

“Benchmarking” would mean that, if an out-of-network physician attends to a patient at an in-network facility, they can only bill patients for the median in-network price (as established by government bureaucrats) for the procedure performed in that area. The federal regulators would be given plenty of power in determining how to define two procedures as similar.  Even medical services that seem the same to an untrained eye can have vastly different outcomes (and prices). Similarly, bureaucrats with an agenda to keep prices low on paper could tinker around with datasets, especially when there isn’t a whole lot of data in the geographical area the patient gets treated in.

But what if there is no geographical area to conduct comparisons for? For example, leading air ambulatory providers rightly fear that government price-tinkering would slash reimbursement rates for their services, leading to fewer emergency helicopters taking flight. Already, most of the flights taken by these ambulances are covered by government programs such as Medicare and Medicaid, which reimburse providers at significantly lower rates than private insurance. And these flights don’t come cheap; average costs top $10,000.

As a result, emergency providers rely on privately insured and out-of-network patients to recoup high costs. But, if prices are fixed artificially low as the result of “benchmarking,” air ambulance companies would either have to fly at a loss or shutter operations. But lawmakers dismiss this concern by saying that if there isn’t enough applicable data to figure out an in-network rate, the payer can use a federal database “free of conflicts of interest” to figure out how much to bill patients. But amid regular insurer bailouts and medical cronyism across the country, it’s hard to imagine a process free of conflicts of interest or potential privacy concerns.

Instead of punishing innovative medical services such as air ambulances, lawmakers should pursue genuine solutions to the “surprise billing” problem. One way forward is doing away with the Affordable Care Act (aka “Obamacare”) once and for all, which narrowed networks and made it more difficult for patients to find in-network doctors at hospitals. According to a report by the consulting firm Avalere, nearly three-quarters of Obamacare exchange networks are considered narrow in 2019. This will only get worse, as a plethora of federal mandates restrict options for millions of consumers.

Lawmakers should also consider arbitration proposals to curb surprise billing.  This would allow providers and payers to come to an amenable solution rather than straitjacketing providers with restrictive federal rates. New York tried this approach in 2014 and consumer complaints about surprise billing fell significantly. Policymakers face an array of alternatives to federal price-fixing. For the sake of millions of rural patients, and the hundreds of thousands of patients rescued by air each year, lawmakers must seek sensible solutions to surprise billing.