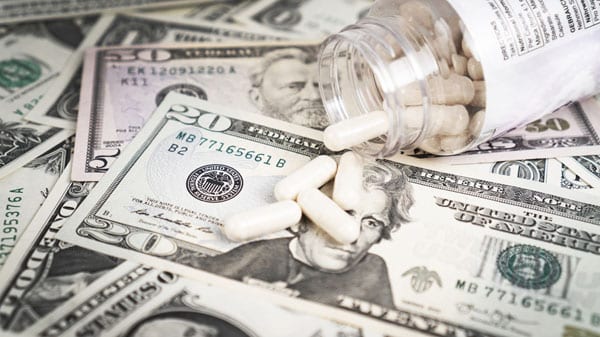 Single-Payer Promises Consumers and Taxpayers a World of Pain

Back in the dog days of the Obama Administration, advocates of the Affordable Care Act (ACA) virulently pushed back on the charge that their law was just a backdoor to a single-payer health care system. But, now as the unpopular law sputters out of control and enables double-digit premium increases, some lawmakers think that the answer is even more government intervention. Sen. Bernie Sanders (I-VT), a longstanding advocate of taxpayer-funded medicine, finally released his single-payer bill last week to much fanfare from his liberal supporters.

The rabid show of support by the grassroots Left shows that old ideas truly die-hard. Back during the 2016 Democratic primaries, experts from across the ideological spectrum criticized the Senator’s plan as too costly and unworkable in practice. With large required payment cuts to hospitals and physicians and tax hikes on the working class, it’s little wonder why support can’t and won’t expand beyond Bernie’s base.

The problem with single-payer goes far beyond the gargantuan price tag. If the federal government were emboldened as the sole national insurer, it would likely cut medical reimbursement rates in a bid to cut costs. In other words, the government would not be able to pay doctors nearly as much as they enjoy under private insurance schemes. Faced with severe salary and revenue cuts, many practices would need to close and “insured” individuals would be left with far fewer options.

And this isn’t mere armchair theorizing. As we’ve seen in the real world, low federal reimbursement rates (under Medicaid) mean low patient acceptance rates by physicians. This, along with several other unsavory features of federal insurance, leaves Medicaid patients in no better health than before obtaining insurance.

Compared to the wholesale destruction of the American health care industry, the plan’s cost doesn’t even seem like a big deal. But unsurprisingly, Bernie and co. have not come close to finding a way to fund this “Medicare for all” monstrosity. To see just how far this plan falls short, taxpayers can take a look at the inconspicuous-sounding “Options to Finance Medicare For All” companion document to the plan itself.

Never mind that none of the funding ideas were included in the bill itself; tax hikes on the middle class don’t make for great legislation. Take, for example, the “4 percent income-based premium paid by households” that is billed as raising $3.5 trillion over ten years. To make the proposed tax- erm, contribution- sound more “progressive,” the companion document states that “families of four making less than $29,000 a year would not pay this premium.”

But seeing as how only sixty percent or more of households with children make over that level, it’s hard to see this tax as anything but regressive. This can only be billed as a “savings” for working families by comparing the tax expense with the current amount of health care premiums shelled out by the typical family (stated as $5,277). But it’s a misleading comparison, in that it assumes that families won’t have to shell out any money for supplemental private coverage once the single payer system goes into effect.

While there’s admittedly wide variation in Western European health care systems, patients in countries with significant government interventions often need private plans to cover basic gaps in public services. Sweden, often hailed as the poster child for government-funded care, has seen a surge in private insurance in recent years in response to yearlong waits to get cancer treatment. Britain’s National Health Service (NHS) has an unreliable track record with subspecialty care, prompting patients to use private plans. And given what we already know about Medicaid health care outcomes, there will surely be a lot of gaps in care. Any plan that seeks credibility needs to account for these less-than-stellar scenarios, and also take into account the long history of government cost overruns that have come with health care delivery.

In the past hundred years or so, single-payer proposals for the United States have been a dime a dozen. But the devil is in the details, as architects have been unable to avoid regressive tax hikes and catastrophic reimbursement cuts. But the American people needn’t choose between the failed status-quo and an ill-conceived single-payer plan. Multiple market-oriented plans on the table have the potential to control costs by eliminating unnecessary mandates and nixing costly barriers to entry. This, not federal controls and pitchfork populism, is the solution to the health-care woes facing America.